Ranveer Singh talks about his new film Befikre, balancing versatile roles, slogging it out in Bollywood and more. 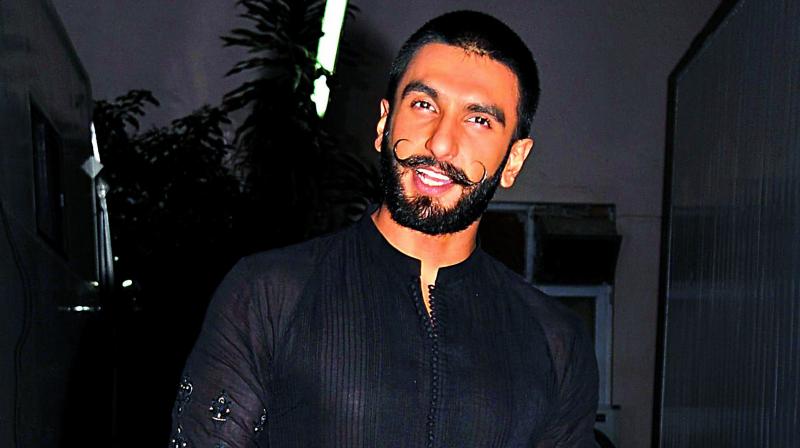 Ranveer Singh never fails to live up to his zesty image. In an animated conversation about all things filmy, the actor takes us through his work and life philosophies.

How’s life treating you so far?
Life is good but lately I have learnt that you are only as good as your last Friday. Things change with every release in the film industry and this time I hope they change for better.

But haven’t Fridays been making things better for you over the past year?
It has been an upward graph lately; especially after Bajirao Mastani, things have been really good but with every new installment, your work comes in a new dynamic, so yes, there’s a little bit of nervousness also. At a personal level also, my stakes are high. I was talking to my closest friend Shanoo and we realised that we are so blessed to have come such a long way— she as casting director and me as an actor. And now we are doing an Aditya Chopra film, which is amazing— not just because he is a big daddy director but also because he is so special for us on a personal level.

It’s safe to say that you are one of the biggest threats to the industry’s contemporary actors. How does it feel to carry that baggage of stardom?
I choose not to carry any baggage with me. I work in all the films with the same amount of zeal and like a hungry struggler. While shooting for Dil Dhadakne Do, Anil Kapoor said  “Mai aaj bhi struggler hoon” (I am still a struggler) after he has worked for so many years and has such an illustrious body of work. To see that child-like wonderment in him is so inspiring. Acting is a limitless art form. For me the focus is on doing more exciting and creative collaborations and, above all, entertaining the audience.

Who is Dharam (your character in Befikre) for you?
He is a happy, endearing boy, who has a great sense of humour as a stand up comedian, and he loves girls. We are similar in some ways.

People say that Befikre was a bold film by Yashraj. What’s your take as an actor and a Yashraj talent?
Well, this film is a progressive and modern presentation but its soul is very desi, very traditional and that’s the clear reflection of the filmmaker. It is a light film in its essence and that’s the challenge. We are very bullish on the notion that the audience has evolved and the traditional audience needs a heavy doze of emotion in order to feel fulfilled by a film. This is a much lighter film. You will laugh throughout, and it’s a therapeutic watch.

Through your flamboyant appearances at public events, you have garnered quite a fan following. How do you maintain your image? Does the adoration get to too much at times?
I thrive on attention and I admittedly don’t call it a ‘problem’, but it’s definitely a condition. When people call me an attention seeker I don’t deny that. It’s how I have always been, even as a kid. People often say “be careful about what you wish for” because lately, there is a complete lack of anonymity. I can’t go and do things anywhere without attracting some sort of crowd and while I have mostly made my peace with it, camera phones have become a problem.

Every day things are written about you. Do you think that the press is intrusive in your personal life?
It’s too much; I think that the tabloid media is very active — a bit too active if you ask me. I don’t think that even people are that interested in knowing what is going on in my life.

Have you opted for Zoya’s next?
I will let the producers make the announcement if there is one. When it comes to films, it’s never my place to speak about it. It’s the work of the producers and their department and their area so I don’t want to get involved and step on anyone’s toes here.

Your body of work is already quite versatile and your characters are refreshingly different with each film. How you maintain this career graph and consistency as an actor?
I wanted to do a variety of roles and put my versatility out on display in the first five years of my career. I want filmmakers to believe that I can be whichever character he or she has created, regardless of the genre. Lootera and Raamleela came back-to-back for me in 2013 — I played an introverted, guarded conman in one and in the other, I was as raw and flamboyant as a character can get — they are poles apart. Dil Dhadakne Do last year was again different as an urban drama of a diffident and confused young boy in urban India. Peshwa Bajirao this year is a Maratha warrior from an era gone by.

There are equally good actors who are going through a rough patch, but you have never been through a rough patch. Why do you think that is?
Well, I understand that there will be ups and there will be downs, so I always look at films that are at hand. You can’t get carried away by success or bowed down by failure. I have observed my father and there are times when  he has been extremely successful and then he has also seen his share of rough patches; but he has always managed to make a comeback from that. I have learnt from him, how to handle all the situations in life. I am lucky to be one among the few actors in the industry to have almost no flops. The one exception was Kill Dill. It’s such a big flop that you don’t even remember! (Laughs)