Leaving his sprint on time

The Jamaican Olympic gold medallist was in the country recently and got candid about his life, wins and more... 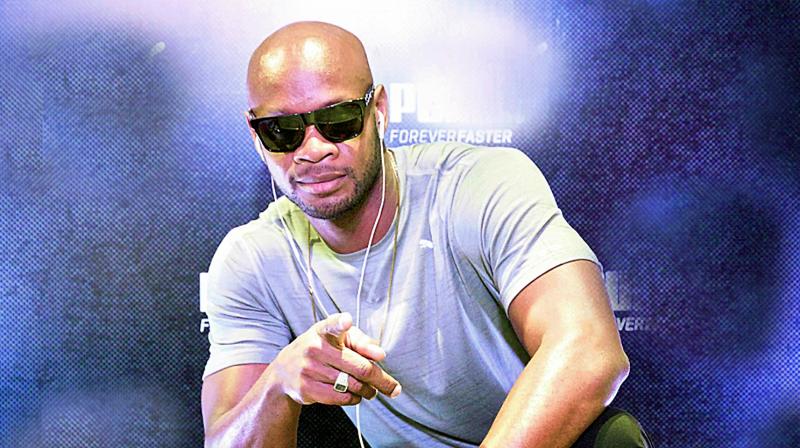 One of the most decorated athletes of all time, Jamaican sprint star Asafa Powell is now in the final stages of an illustrious career. A former world record holder in the men’s 100 metres between June 2005 and May 2008, with times of 9.77 and 9.74 seconds — he emerged with the gold medal in the 4x100m relay at the Rio Olympics. But the two-time world champion does not see himself in action in the next Olympics in Tokyo 2020.

“I am not thinking about 2020 right now, the farthest I will be going is 2018, may be the Commonwealth Games and that’s where I see myself, just two years and not 2020,” Powell revealed.

When the 34-year-old finally decides to call it a day, it will bring down the curtains on a glittering, albeit controversy-hit career.

Discovered by youth coach Stephen Francis as a precociously talented child at Charlemont High School in St Catherine, Jamaica, Powell’s success story started back in 2002 when he bagged silver at the Melbourne Common-wealth Games. And there has been no looking back after that.

Powell went on to win the gold in, both, the 100m and 4x100m relay at the next Commonwealth Games in 2006. He followed that up with a host of medals at the world level, including winning the 4x100m gold at the 2008 Beijing Olympics and the World Championships in 2009.

The past few years of his career has been marred by controversy when he tested positive for a prohibited substance in 2013 and was banned for 18 months. But the Jamaican made a successful return to the track by clinching gold in the men’s 4x100m at the 2015 World Championships and the Rio Olympics last year.

Powell is now two short of his 100th sub-10 seconds race in the 100m and the 34-year-old would love to complete the feat in front of his home crowd. 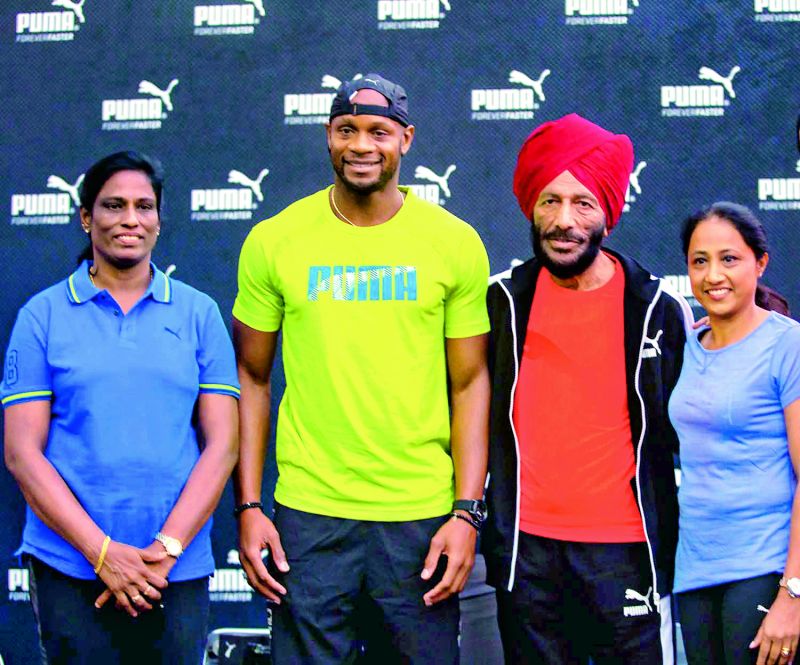 Powell was in Delhi for the Half Marathon that also saw legends P.T. Usha, Milkha Singh and Ashwini Nachappa.

Running scours through his family — his elder brother Donovan had a personal best of sub-10 seconds, his mother 11.4, and his father 10.2 for the 100m.

“My brother Donovan Powell is the reason I decided to run. I was motivated by watching him train and make it to the 2000 Olympics and also because he’s just a good man, brother and role model,” Powell said, who as of September 1, 2016, has broken the 10-second barrier more times than anyone else — 97 times.

“I have a very close-knit family. Both my parents are pastors and raised us with good family values. We look out for each other and on Sundays I still go and watch my mother preach and of course enjoy her Sunday dinners. I also have two children who are the joy in my life.”

Powell was on his first trip to India and his two-day stay recently was enough to charm the Delhi crowd. “I am absolutely delighted to come to India. I’ve always wanted to take in the historic sites in India and, Delhi being the capital city is the perfect place to do just that. I am positive that it will be the first of many more to come,” said Powell, who was in the capital as the face of Puma.

The Jamaican icon spends 11 months a year on his training and participating in the tournaments, but in his spare time, he loves to experiment with cars. “I love a day at the beach on jet skis or a great game of dominos but the thing that relaxes me the most and I also love the most is working on my cars... Fixing them, putting in new engines and making them faster and better,” Powell said with a grin.

Most memorable moment: The first time I broke the world record in Athens in 2005.

Philosophy in life: Never give up, there are always better days ahead.

Fitness regime: I train six days a week for 11 months a year. I don’t need to work out any more than that. I would say, I’m pretty fit.

Favourite travel destination: I’d say it is Australia... I love it there but the place I love to vacation is home — Jamaica which has so many different things to offer from caves and lagoons to mountains and waterfalls.

First break: I was discovered by coach Stephen Francis and my first “big” race was at 18 years of age at the national championships in Jamaica.

Music: I listen to all types of music... I don’t really have a favourite but I mainly listen to dancehall, Reggae, R&B and hip-hop.

Hobby: Working on cars — that’s what I love to do.