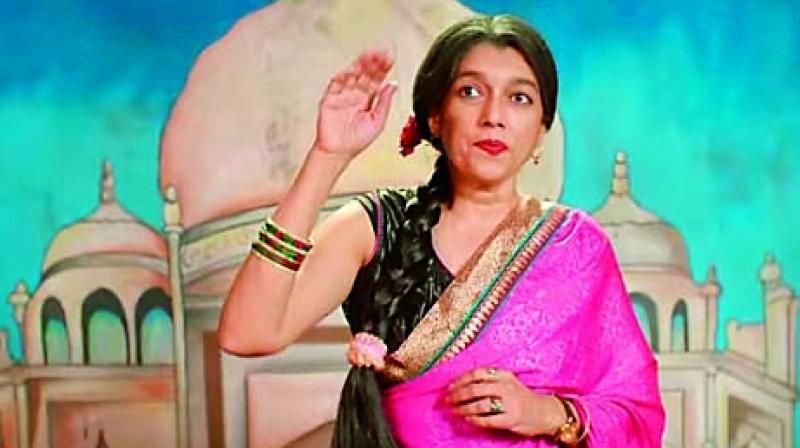 Still from the film Lipstick Under My Burkha

Female characters in Bollywood have come a long way from demure dames to daring divas, but is the film industry finally evolving in its portrayal of women in films?

Up until the late ’90s, mainstream Hindi cinema took pride in its misplaced portrayal of female characters, which couldn’t be far removed from reality. Ridden with clichés, they were forced into stereotypes assigned for them — the perennially beleaguered and overtly sentimental mother, the docile and gullible heroine and the vindictive and kittenish vamp. Through the ’70s, every time a woman on screen pleaded to a villain with an ignoble intent, it would garner front row whistles. The hero’s sister epitomised the quintessential abla naari and anyone who dared to infringe her modesty would have to suffer the wrath of her dependable bhaiyas like Amitabh Bachchan in Aakhree Rasta or Raj Babbar in Aaj Ki Awaz  who unleashed violent vendetta. This stock scenario that drew perverted titillation became a Bollywood staple and every film needed one. Depictions on the large screen had to be larger than life and hence, heroes had to wield guns, ride horses, raid the villain’s lair and save the day. Heroines had to be sanskaari, soft-spoken and distraught. Melodramatic dialogues and histrionics were a must for both. In a 2017 study on gender stereotyping in Bollywood films by IBM and two Delhi-based institutions, 4,000 Hindi movies that released between 1970 and 2017 were analysed. The results, however, were hardly surprising. Over the 50-year period, the adjectives used to describe women are mostly ‘attractive’ and ‘beautiful’ whereas male leads have ‘strong’ and ‘successful’ associated with them. The study also found that in most storylines, the men had superior occupations such as lawyers, CEOs and police officers while the popular career choices for women were that of teachers or secretaries. 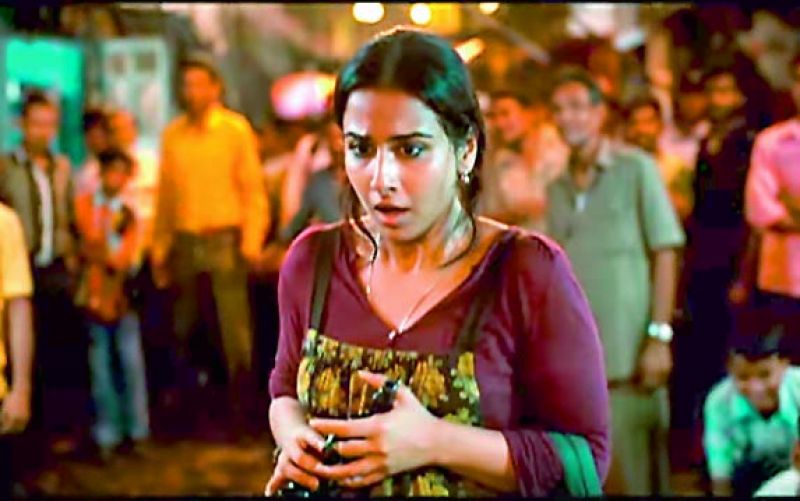 Sticking to the tropes
Film historian S.M.M. Ausaja believes that films and characters stayed formulaic because filmmakers wanted to cater to popular demand. Ausaja elaborates, “Filmmakers have to stick to formulas that work because they have to recover their money. Experimenting in popular cinema is difficult and that’s why producers and directors largely stick to stereotypes that sustain the box office. From a producer’s point of view, filmmaking is a risky business because it calls for a lot of investment. You have to put your money on what sells. In the 70s and 80s, if an angry Amitabh Bachchan drew people to theatres, that’s what they made.” While parallel cinema had offerings that were closer to lived experience, they came in fits and starts. Despite a spate of several prominent female-oriented films and promising women filmmakers creating offbeat cinema in recent times, our films have rarely got rid of stereotypes. Sudhir Mishra, whose films have known to portray women that defy conventions and break stereotypes, believes that the 50s and 60s ushered in change, followed by regression. “Then from 70s till the early 80s, parallel cinema was very out there. The idea of a woman finding her own self, claiming her own body, life, is present in the films of that time,” he says. 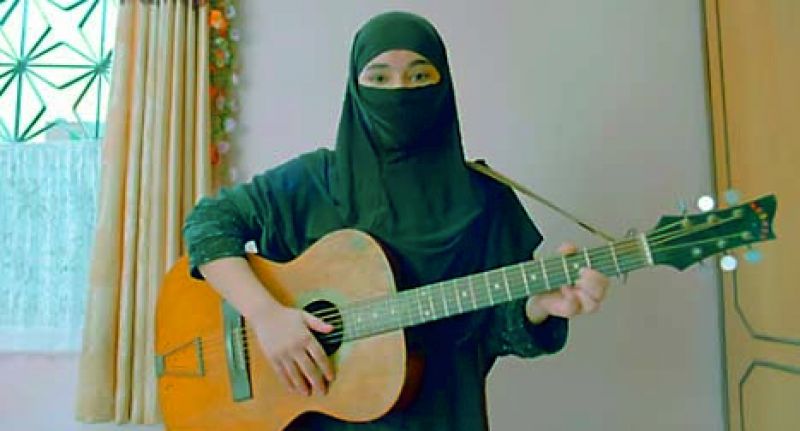 In the bargain to serve up one blockbuster after another, female characters often received the worst deal. Though male characters followed a set graph, they at least enjoyed screen presence. More importantly, they enjoyed the privilege of having stories revolve around them or narrated from their point of view. Women characters, on the other hand, were not only confined to being a damsel in distress, the morally deficient temptress, or the doting mother, they were excluded from seminal roles that had the power to change the course of the plot. Explaining the reason for these partisan stereotypes, film theorist Amrit Gangar says, “Female characters were needed to produce melodrama. You cannot imagine melodrama without showing women in distress, crying for God’s help or becoming the suffering mother.” Flashes of rebellion shone through movies like Aandhi, Bhumika, Arth and a few others, but largely, the stereotypes remained intact. 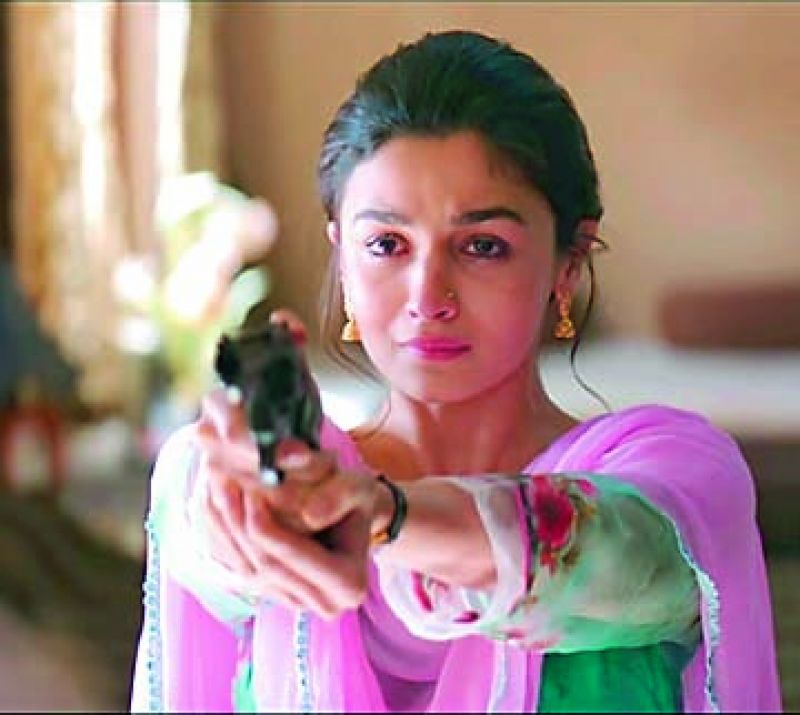 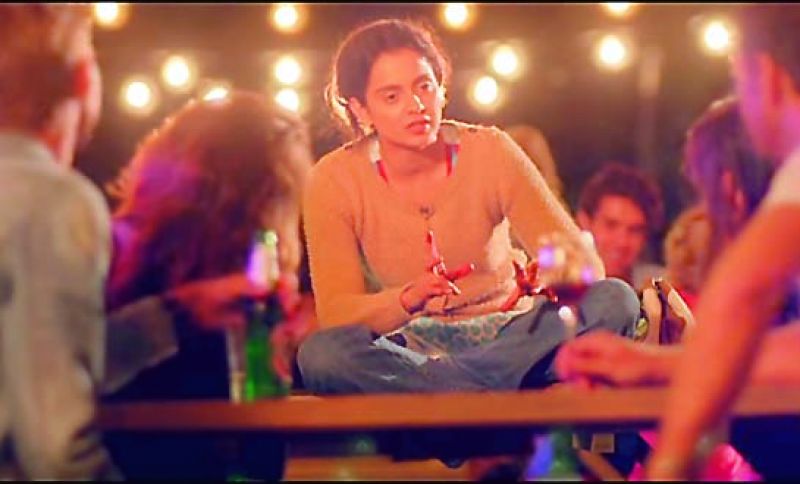 Winds of change
But, in the early 2000s, one noticed a shift in cinematic storytelling as even mainstream productions took baby steps towards reflecting reality. Increasing exposure to the Internet opened minds and the desire for more authentic onscreen portrayals was felt. For this, stereotypes had to be dismantled and done away with. It was female characters that ushered in this change. Movies such as Astitva (2000), Black (2005) and Corporate (2006) not only featured unconventional female characters but also cast popular actresses in these roles. And since the subversion of stereotypes was so pronounced, the audience stood up and took note. Yet, these movies didn’t shatter box office collections and male-centric movies continued to dominate screens and cinematic discourse. 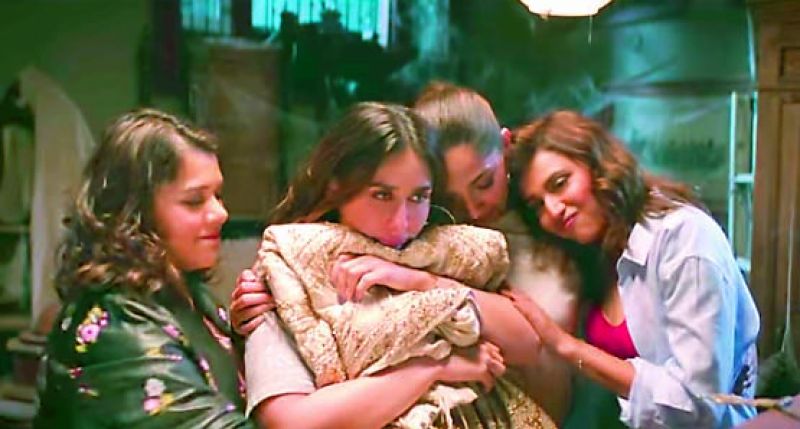 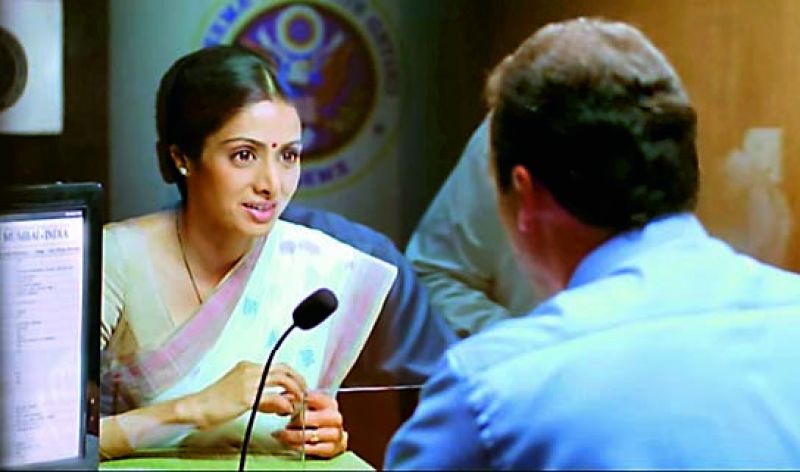 Still from the film English Vinglish

Still from the film Pink

Director Saket Chaudhary attributes this fixation to habit. “There is scope for a diverse representation of male characters on screen. But for that, writers have to stop writing male characters in the ways they’re used to,” he opines. Sudhir agrees and adds that there should be many more women directors, because the way men are portrayed will also change. “The ideal hero is a serial chaser or a macho guy. All that is changing, but not changing enough,” he adds. 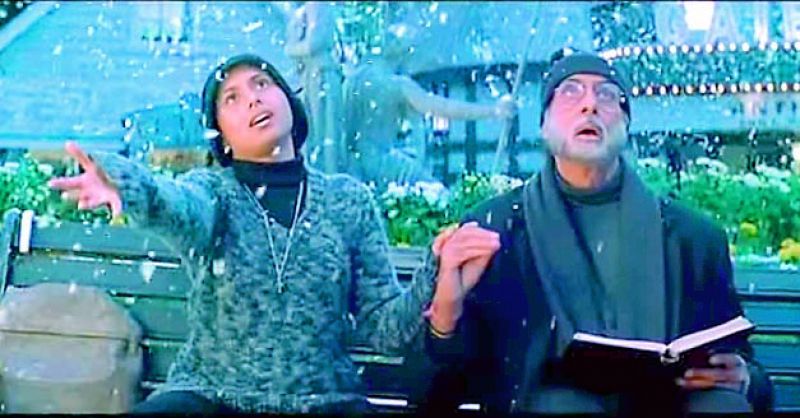 Still from the film Black

The Female hero
Boundaries continued to be pushed through films such as Fashion (2008), No One Killed Jessica (2011) and 7 Khoon Maaf (2011). But it was Kahaani (2012) that proved to the nation that a female lead could make an impact, not just in the minds of people, but at the box office too. Featuring a pregnant woman as the protagonist, Kahaani was everything a conventional Bollywood film is not. Talking about the protagonist Vidya Bagchi, screenwriter Advaita Kala recalls, “It was about bringing a pregnant woman into an action thriller because for so long, action thrillers have been a male-dominated genre. Kahaani introduced a pregnant woman as a protagonist in this masculine genre and for me, that was a huge leap.” The film builds anticipation and tension without relying too much on the age-old ploy of item numbers or having the central character rely on her sex appeal to get her way. “Even when we like to show empowered women, we show them as femme fatales. But here, a pregnant Vidya Bagchi does not use her sex appeal. This drew attention to the fact that Vidya was just a very intelligent woman who knew how to manipulate people and the system,” adds Advaita.

Still from the film Dangal

Shift in dynamics
Through the years, the portrayal of women characters on screen has undergone a significant change. They are multi-dimensional, have agency and can even command the fate of a film.  Ashwini Iyer Tiwari, director of Bareilly Ki Barfi, believes this is because of the changing roles of women in society. 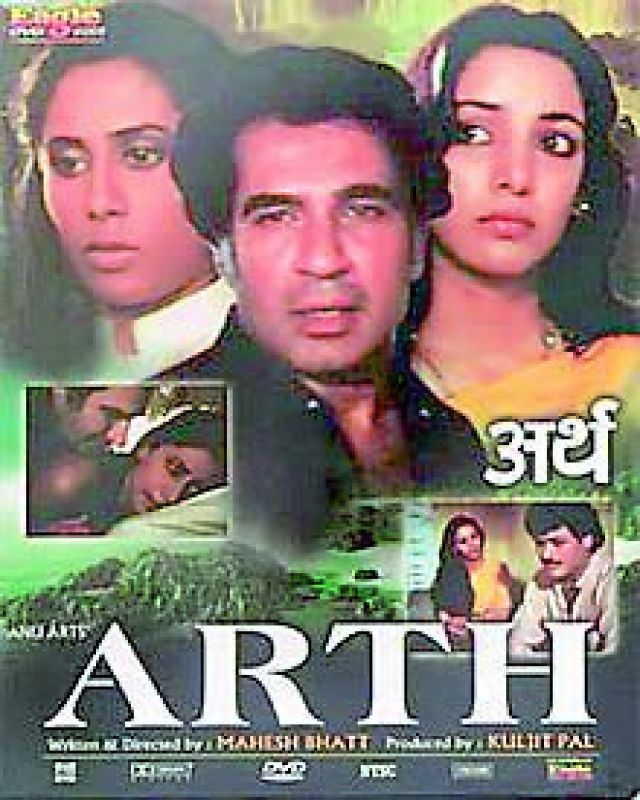 Still from the film Arth

“When women have been playing equal roles in real life, they will play the same in reel life too. Cinema reflects the changing trends in society and when we see more women holding the baton in various fields, whether it’s the armed forces, navigation or even in politics, it will definitely find reflection in cinema too,” she explains and uses Bitti, a character from Bareilly Ki Barfi, to relay her point. “Bitti is the reflection of the change in societal norms. The typical relationship of a father and a daughter has evolved from being father’s best daughter to father’s best friend. There is also a vivid shift in thinking patterns where a girl is not readied to face her future husband, but to face the world. She has her own mind.” Today, as women enter the realms of film direction and various facets of production, feminine desires have begun to be expressed and discussed.

Screenwriter Ishita Moitra also points out the importance of having more women in positions of power in the film industry. “Now there are women producers, writers and directors; and since there is diversity on this side, the choice of stories changes,” she says. 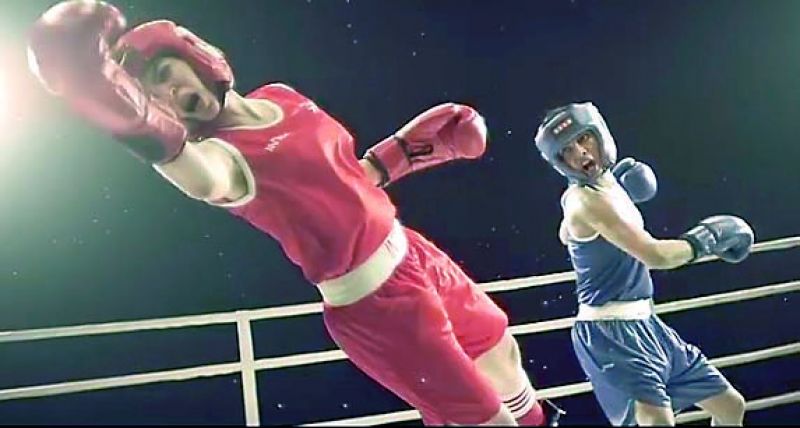 Still from the film Mary Kom

Saket Chaudhary feels this evolution is because women have been ignored for far too long, both on screen and off it. “Experimentation is happening because, for so many years, we never focussed on the female characters. They were nothing more than love interests. Now, there are stories focussing on women characters whose goals extend far beyond relationships. Hence, a lot of new stories are emerging out of female characters,” he says.

Still a long way ahead
While we hail the diverse ways in which the feminine experience is being represented on screen, there are those who feel we still have a long way to go. Advaita says, “I think 85 per cent of films will still cast women as the glamour quotient in the movie. There are hardly any roles for older women in our cinema.” But trade analyst Amod Mehra believes that some women-centric films have worked because good cinema is appreciated. “It is a healthy trend which will grow further. But it would be wrong to say that such films are increasing because most of the films are still male-centric,” says Amod, adding that while there are more women-centric films, their number will never overtake or be on par with the number of male-centric films. This is because the film world is dominated by men, even internationally. “Another reason why more women-centric films are being planned is that they are more affordable, as actresses are paid lesser than actors. And they will never be paid on par. Since budgets are lower, these films become successful,” he says. 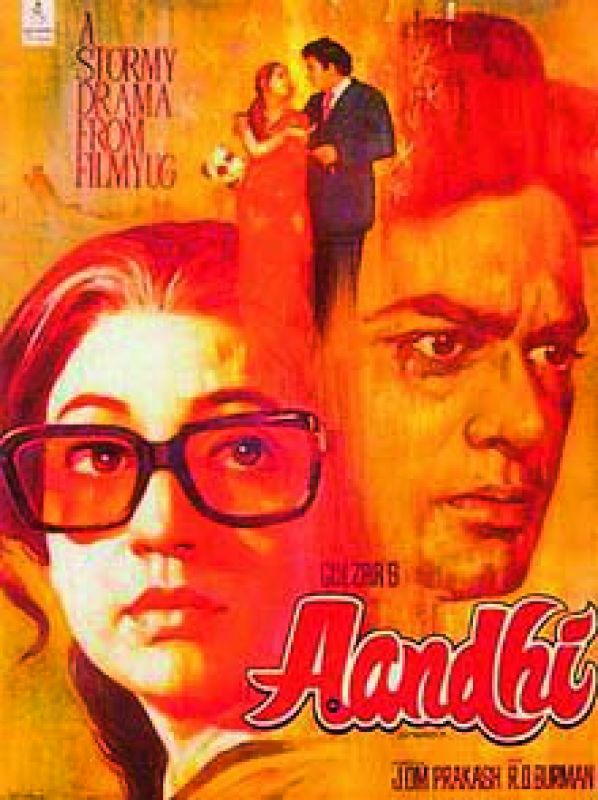 But given the thumping success of films such as Raazi and Veere Di Wedding, one can’t help but feel positive about the future. Ishita says that she feels confident writing women-centric stories.

Director Ashwini says, “As societal evolution happens, minds change and the roles of women will change further. There will be more room for reflection.” We hope these more nuanced reflections find their way into cinema, for only then will women continue to find honest and relatable representations on screen.