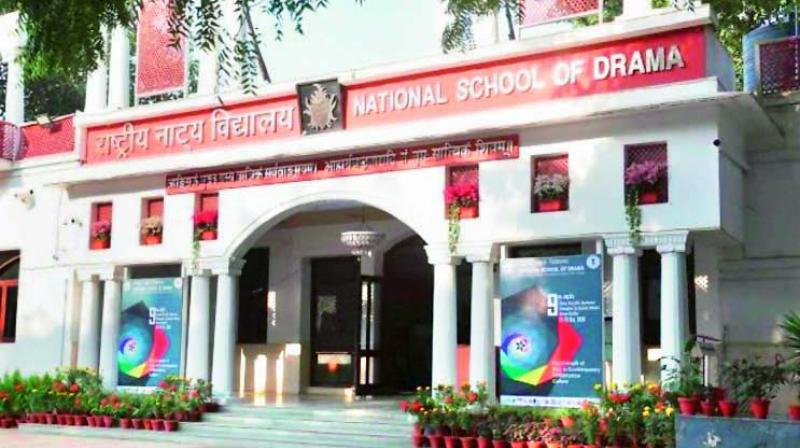 Noted Bollywood actor and Gujarati theatre personality Paresh Rawal was on Thursday appointed Chairperson of the National School of Drama (NSD) by the President of India, Ram Nath Kovind.

But the theatre fraternity seems less than enthused by the appointment.

The National Award-winning actor succeeds Ratan Thiyam, a noted theatre personality from Manipur, who was awarded the Padma Shri for exceptional work in modern Indian theatre.

While the institution’s present administration has welcomed Rawal’s appointment, a section of NSD alumni feel the Chairperson should be someone with some training in theatre and culture as well as an understanding of modern theatre.

While the theatre personalities are not questioning Rawal’s credentials as an actor, it is his experience in modern Indian theatre and administration that they are doubtful about.

“He is a good actor, there is no denying that, but when you are choosing a chairperson for an institution like NSD or FTII, there is a huge responsibility. A person who is only a good actor is not good enough,” feels veteran theatre director and NSD alumna Anamika Haksar

“If you only want to use the face of an actor, then why not Naseeruddin Shah, who has teaching experience and is very active in theatre? He is an NSD alumna too. But that won’t serve the purpose. There are cultural policies in place for the institution. When the selection is done only on the basis of who sides the government, it is not right,” claims Haksar.

Ranjhana and Tanu Weds Manu Returns actor and NSD alumnus Mohammad Zeeshan Ayyub agrees that the selection is ‘political’. “I don’t know his exact credentials. There are a lot of appointments done on the basis of political sides and this seems one of them,” says Zeeshan.

However, Tourism Ministry officials who did not wish to be named said three or four candidates had been shortlisted for the post. Rawal’s appointment is significant as he was a member of the Lok Sabha from 2014 to 2017, representing Ahmedabad East constituency of Gujarat.

Noted theatre actor and director M. K. Raina says, “The Chairman is a constitutional position. And the government is promoting its own people everywhere. It is not the place to make political appointments, the post needs people with good academics and administrative experience and vision,” says Raina.

He is of the opinion that no one in the recent past has done anything for the institution. “Even the vice-chairman didn’t do anything during his tenure,” he asserts.

NSD has churned out some of the finest actors, such as Naseeruddin Shah, Om Puri, the late Irrfan Khan, Nawazuddin Siddiqu and Anupam Kher. However, in the last decade, the administration has deteriorated.

“The School needs a lot of changes and updates in programming. The new chairperson comes from a political establishment and if he takes an interest he might change things but I wonder if he has the time to spare,” says Raina.