With 2018 being the year of adventure tourism, travel writer and photographer susheela Nair curated an exhibition that celebrated the outdoors. 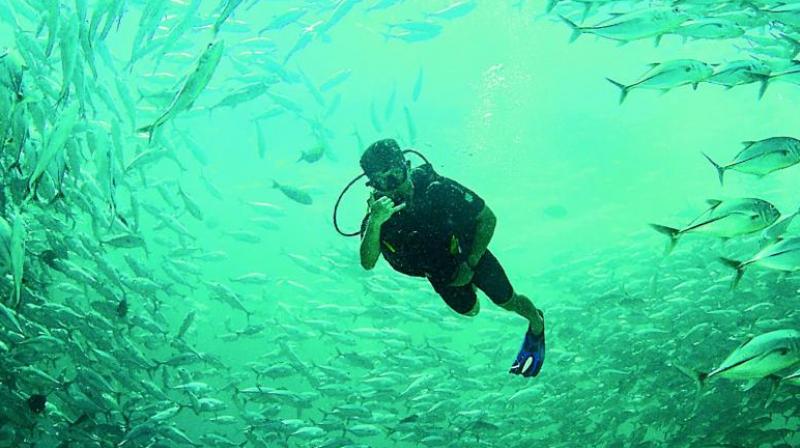 Scuba diving in Sipadan in Malaysia by Dheeraj M. Nanda. 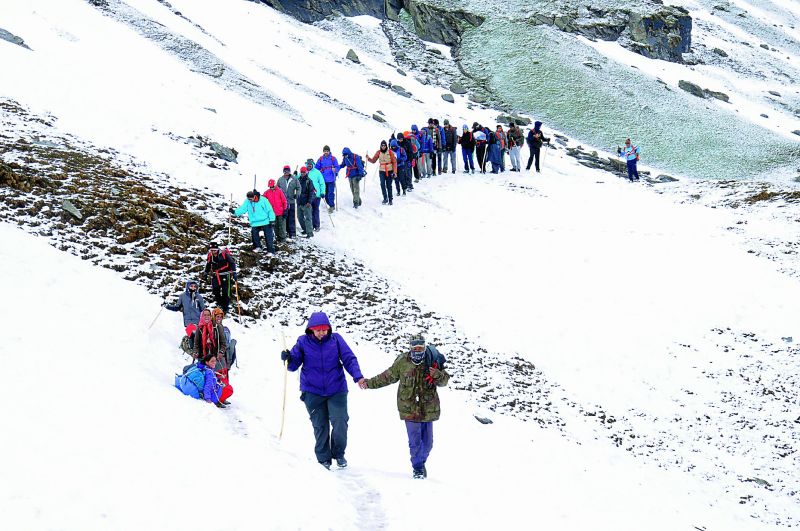 The Great Outdoors 2018 exhibited the works of various photographers, adventure organisations and outdoor enthusiasts. The exhibition featured the best of aero, water and terrestrial sports. “I have been holding this exhibition for the past two years. This being the year of adventure tourism, I wanted to do something that nobody in the South has ever done before. Through this exhibition, I wanted to promote adventure tourism,” says Susheela who conducted over three photo exhibitions on adventure sports and outdoor activities and UNESCO World Heritage Sites in India and abroad. The photographs that were submitted were placed in three main categories — aero, water and terrestrial sports. Over 150 photographs were submitted out of which 100 were selected. A total of 19 people exhibited their works here. On how these photos were selected she adds, “The photos were selected based on action and quality. When it comes to photographing adventure sports, it’s not easy to get very technical with it,” explains Nair. 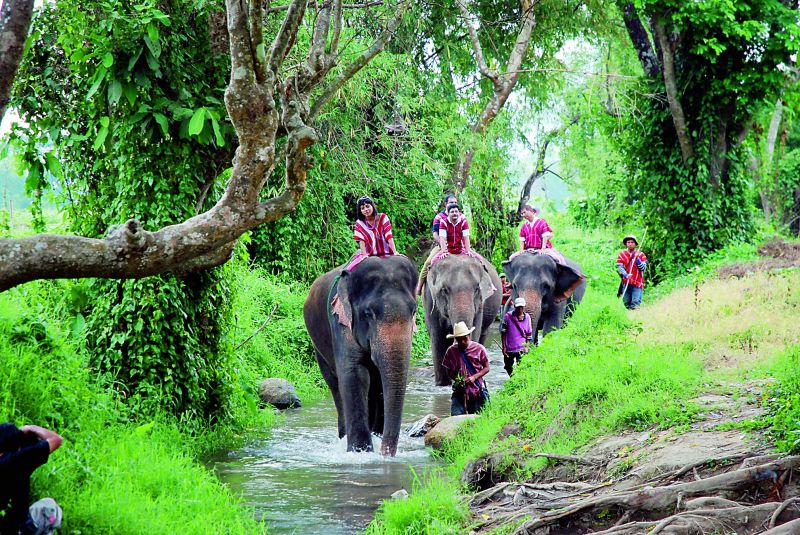 Susheela who also exhibited her work elaborates further, “I was at the Patara Elephant Farm where we had to bathe and feed these gentle beasts, and then go on a barback elephant ride. After sometime, it became quite difficult and that is when I got down and clicked these pictures.” Dr Akther Hussain who has also exhibited at the showing has aspired to capture the primitiveness of Kambla through his snapshots. He says, “I come from the coastal city of Mangaluru where Kambla happens every year for a few months. This water sport is a kind of recreation of the yesteryear. Most of my work is usually based on aspects of the old world, that are still around today. Kambla and photography are kind of similar as both require a lot of patience.” The Bengaluru-based Nair has authored  The Great Outdoors of Karnataka. 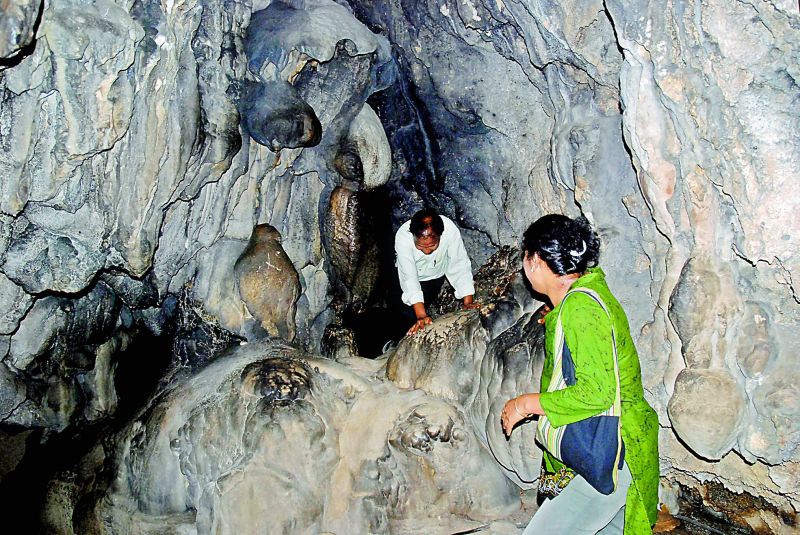 Cave explorations at the Mawsmai Caves in Cherrapunji in Meghalaya. 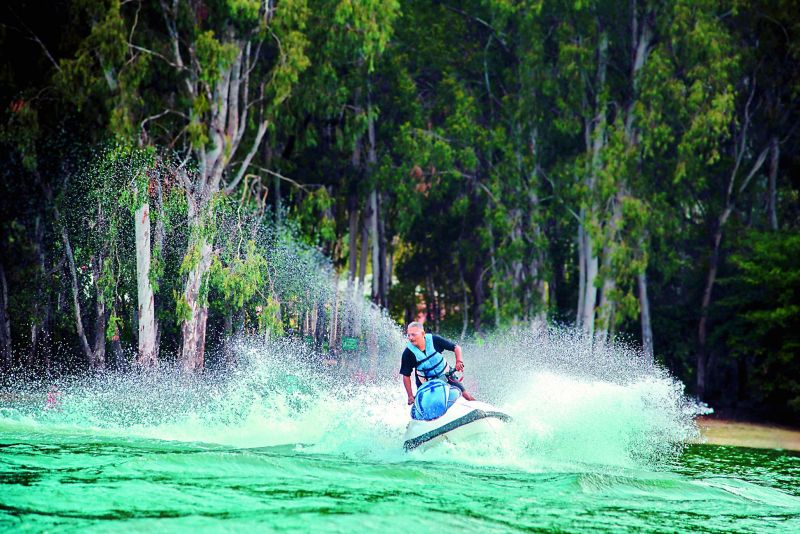 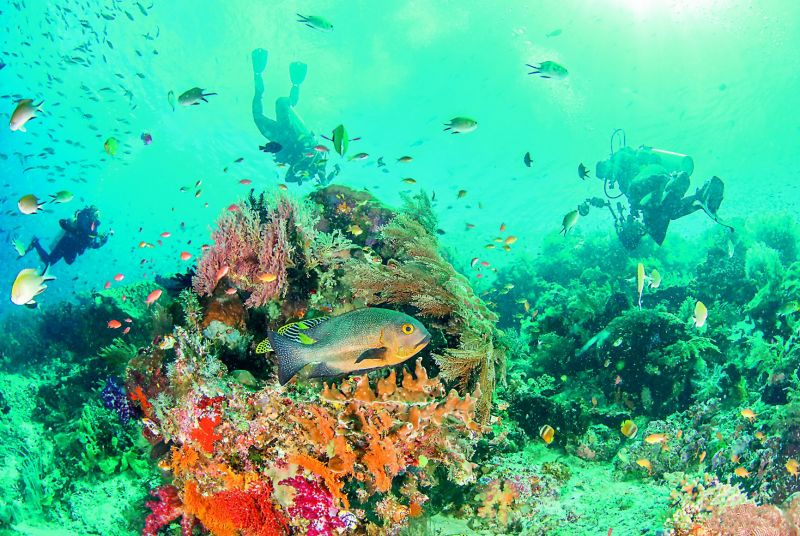 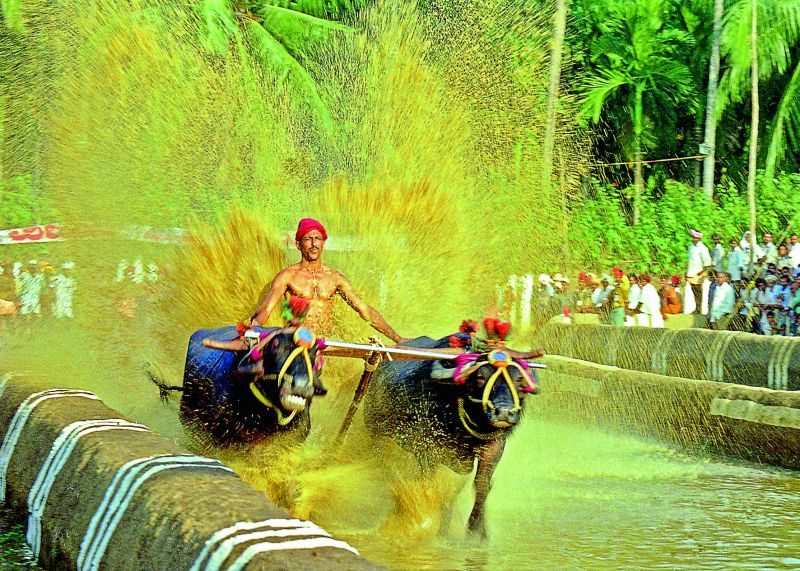 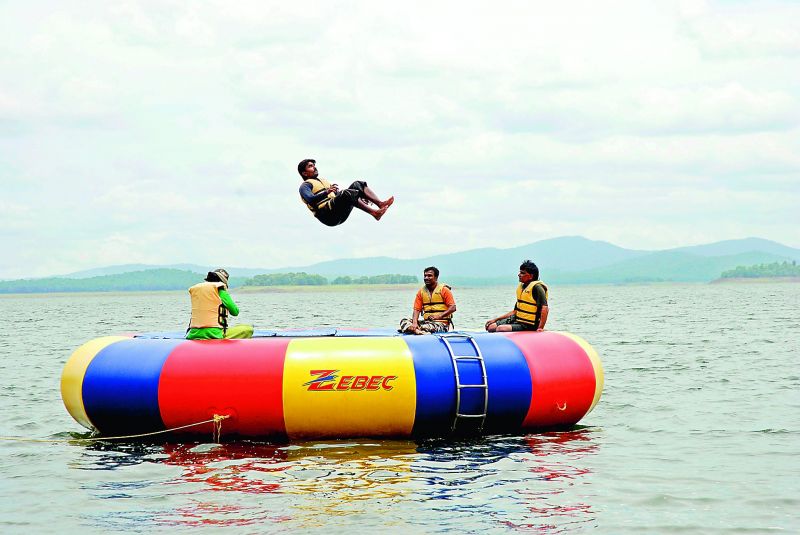 What a leap! (trampoling in Bhadra reservoir in Karnataka)