Who said ice creams were boring? Not if your pockets are deep enough! Here’s a look at some of the most exorbitantly-priced sundaes. 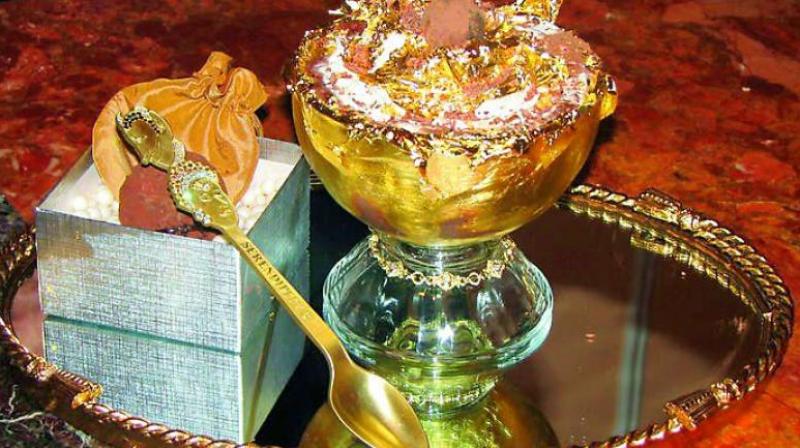 Though ice cream-lovers will say that it’s always a ice cream season, there’s something about a sweltering summer day that makes the cold, sweet treat seem all the more enticing. While some of us settle for classic vanilla and chocolate scoops, others have more extravagant tastes. Here are some of the most expensive ice creams in the world.

The Golden Opulence Sundae — $1000
Served at the Serendipity Restaurant in New York, this ice cream sundae is made up of three glorious scoops of Tahitian vanilla ice cream, a chocolate syrup made of the world’s most expensive chocolate — the Amedei Porcelana, bits of Chuao Chocolate, chocolate truffles and marzipan cherries. The sundae is served in a $300 Baccarat Harcourt crystal goblet, topped with a gilded sugar flower and edible 23-carat gold leaf, alongside a bowl of Grand Passion Caviar! 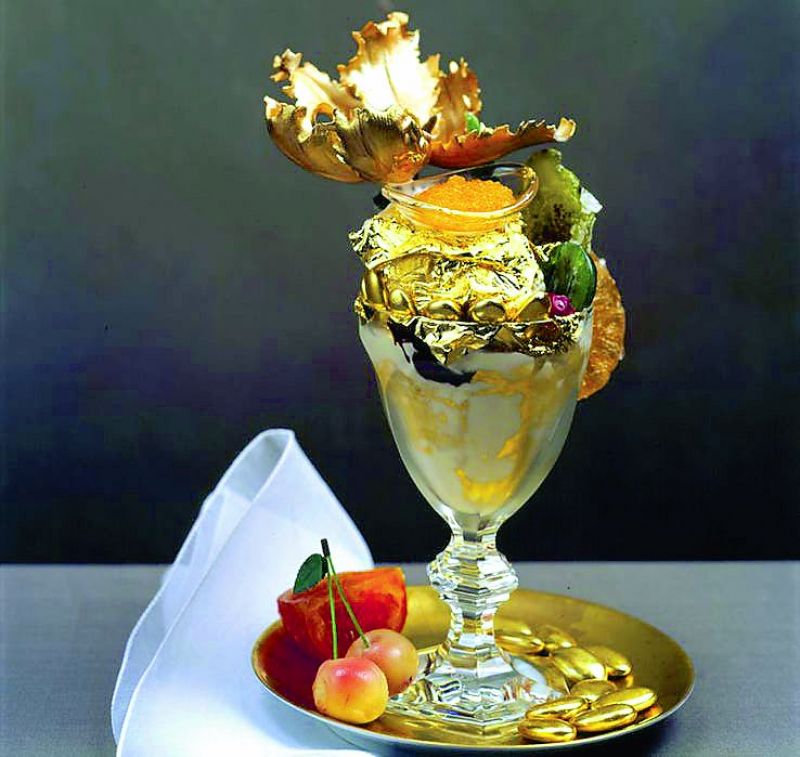 Absurdity Sundae — $60,000
An exorbitant price may be justified when it’s for a good cause, according to Three Twins Ice Cream, California. Their menu features “The World’s More Expensive Most Expensive Ice  Cream Sundae”, but you’re not paying  for the ice cream alone. The price is inclusive  of a first-class flight tick to Mt. Kilimanjaro  in Tanzania, five-star accommodation, and a batch of ice cream made of glacial ice collected from the mountain’s summit  and hand-churned by the founder of Three Twins. All profits from the sale of this  sundae are donated to an African  non-profit organisation which works in the area of environmental protection. 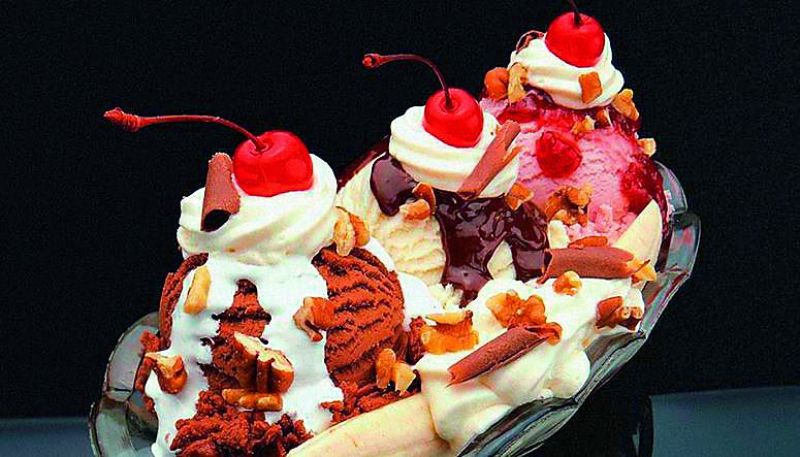 Strawberry Arnaud — $3.95 Million
We’re sure you read that price twice, and yes, you read it right. This extravagant delicacy is an offering of the Arnaud Restaurant in New Orleans, Louisiana. What makes it so ridiculously expensive, you ask? The $8.95 ice cream is elevated by being soaked in Arnaud's very own French-75, a cocktail which contains Hennessy Paradis Cognac, Grand Marnier 100, and Cristal Champagne. It is served in a champagne glass with edible 24-carat gold leaf flakes and topped off with a ruby port sauce. Most importantly, it comes with a 4.71-carat royal pink diamond engagement ring straight from MS Rau Antiques, which is located in the French Quarter of the city. 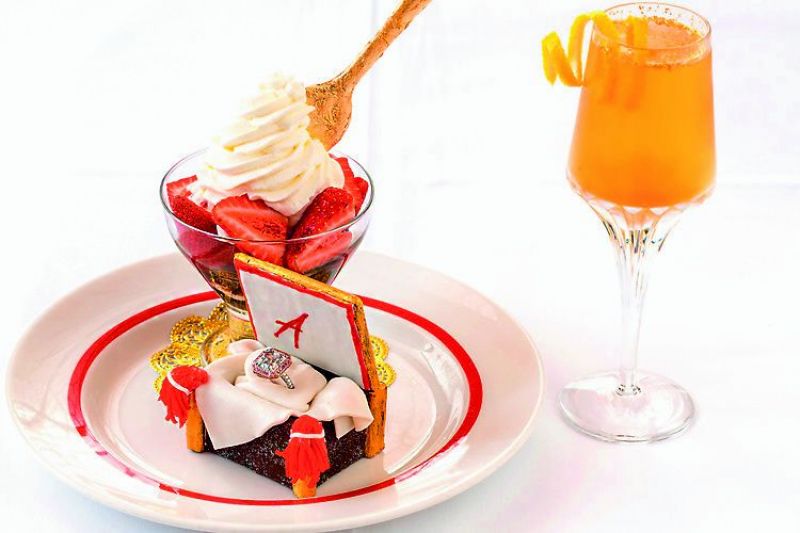 Three Twins Ice Cream Sundae — $3,333
This sumptuous dessert consists of a sinful banana split topped with syrups made from some extremely rare dessert wines — German Trockenbeerenausiese, a 1960s vintage port, and Chateau D’Yquem. It is served with an ice cream spoon from the 1850’s and is accompanied by a performance by a cellist. A third of the price of the sundae is donated to a local land. 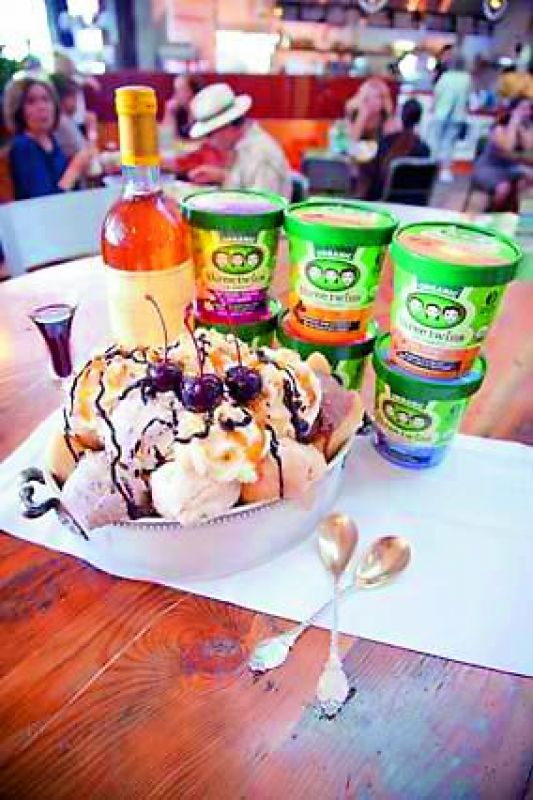 Frrrozen Haute Chocolate — $25,000
Though it contains cocoa, frozen milk, and whipped cream, this is isn’t your average hot chocolate. It also contains five grams of 24-carat gold! Made at Serendipity 3 in New York, this hot chocolate is garnished with whipped cream, a La Madeline au Truffle brought all the way from France, and, you guessed it, more gold! What more could you ask for?