The actress gets nostalgic while talking about her decision to take a break from films, her choice of roles and her upcoming show 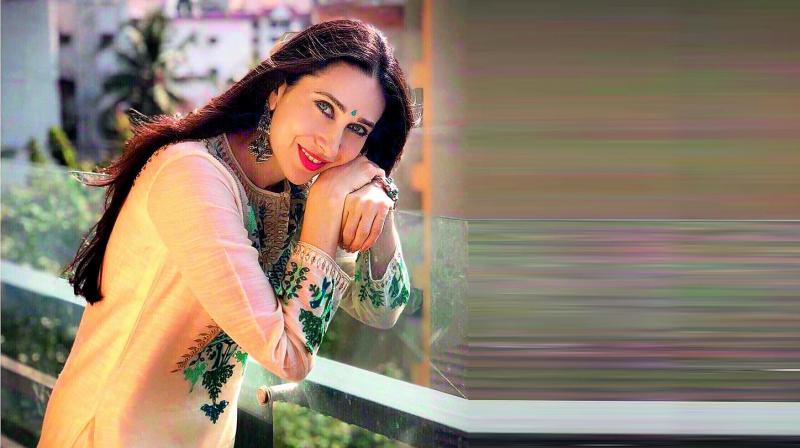 Karisma Kapoor, who made her debut in 1991 with Prem Qaidi, ruled the industry for almost two decades and had several hit commercial films such as Dil To Pagal Hai, Raja Hindustani, and David Dhawan’s Hero No 1, Coolie No 1, Biwi No 1, Zubaida and Fiza. The actress has always been a rule breaker, taking a sabbatical from films at the peak of her career after she became a mother of two children. Karisma gets candid about her break from acting, and reveals why she chose Mentalhood for her comeback. Exceprts from the interview:

Why did you choose a webshow for your comeback?
Well, I wouldn’t say this is a comeback; I think this word is not perfect for actors. I would just say that I really liked the role. When Ekta (Kapoor) wanted me to hear the script, I was not sure if I wanted to act or not, but when I heard the story, I found it so relevant. It is something that I go through every day. In every episode, there is a story behind it. We have touched upon topics which are relevant today globally and in India.

How have your experiences as a mother helped you bring this character to life?
I think I relate with the character a lot. I have kids and have gone through similar phases. I am also protective and want to keep them away from the limelight because they are not part of this and should lead a normal life.  It’s easy, in a way, because I do it on a daily basis as a mother. In certain ways, I learned and discovered a lot during the process of this show. I realised that being a mother is a tough job and I have been doing that for years now.

How do you think the industry has evolved since your last film?
The industry has become a lot more streamlined. Earlier, we used to work on instincts and with passion. Today, things are more professional and you get a bound script in hand. You have readings, workshops, and rehearsals before the shooting begins. We never used to have these things.

Do you think actresses have it better now than when you were regularly working in terms of parity, roles etc?
Absolutely. The kind of scripts and roles the actresses are offered are different. There are roles for  actresses of all ages and genres. With multiple films, TV and now web, there are variety of roles and scripts. Actors have more opportunities. TV grew much later and now you have web which is so popular.

Are you self-critical? Do you look back at your earlier films?
I don’t really do that, at all. That was in the past and I am happy with what films I have done.

Many of your contemporaries did cameos and small roles in films but you haven’t done that. Was that a conscious decision?
Honestly, when my children were born, it was my decision not to work. I didn’t want to work, I was happy not being in the limelight and just be with the family. It’s now that my children are older that I thought of doing something that interests me. I always wanted to do something different. I did TV, radio show and now a web show. I like to work at my own pace. It was easy for me to sign three films and be busy, but it was and is a conscious decision to be selective, because I want to give time to my family.

Were people around you apprehensive of your decision?
Not at all. I have always trusted my own instincts. Whether it is about choosing a film at the top of my career or working with any director. This is what I chose to do and wanted to do.

Being an actor, you are always in the public eye and there are rumours and comments about your personal life at times. How do you keep yourself sane?
I don’t bother. Like I said, sometimes I just enjoy not being in the spotlight and in the public eye. I know this is part of my profession and I have been an actor for so many years, so it comes as part and parcel, but I prefer staying away.

Unlike other actresses, you haven’t been spotted networking with the fraternity, and yet, you have managed to work with some of the best filmmakers again and again. What worked for you?
I think it was a great work ethic and camaraderie. Whether it was with actors, directors. or producers, I have done multiple films with all of them. When I look back, I think I have beautiful fondness with all the people I have worked with. Salman (Khan), Akshay (Kumar) just worked with my sister (Kareena Kapoor Khan), David (Dhawan) ji, Sajid (Nadiadwala) – we remember those good old days. We kind of all came together; we were struggling together and used to work very hard.

In your time, you have taken a lot of risk in terms of selecting films, Dil To Pagal Hai being one of them. Do you now think it was right thing to do as a mainstream actress?
I think it’s totally fine. Today, things have changed, and maybe in certain ways, I was trying to change it at that time. DTPH was like a risk. Nobody wanted to work with Madhuri Dixit and that too in a film that was revolving around dance, but then I finally chose to do it and won a National Award for that. It was a difficult film of that time: There were bold scenes in terms of being a lover and not getting the one she loves. These are real emotions. This maybe was okay in the West, but was never done in India because the heroine in Bollywood should either be glorified or sacrificial. So it had different dynamics and I enjoyed doing that. In that way, I was trying to change things and break the barriers. Even doing films like Fiza and Zubaida were one of them. Today the ‘biopic’ thing is really in and I did that 19 years ago. I never tried to play by the rule book. Even though I was a ‘commercial actress’ and successful, I was trying to break barriers at that time.