Love for me is being loyal: Varun Dhawan

Actor Varun Dhawan shares his opinion on relationships and if a biopic is on cards. 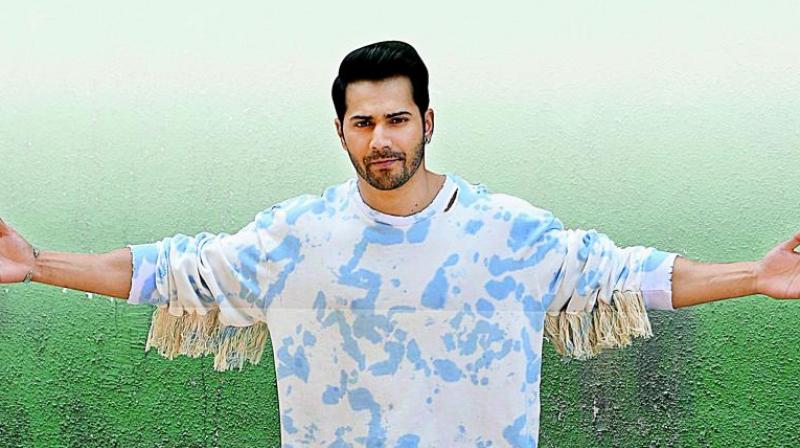 Actor Varun Dhawan is back with a period-drama film Kalank that also stars Alia Bhatt, Madhuri Dixit Nene, Sonakshi Sinha, Aditya Roy Kapur and Sanjay Dutt. A rare assembly of cast, this Abhishek Varman directional appears to be a heart-wrenching drama on a large canvas.

Commenting on this period-saga, Varun says, “This film indeed fits the bill of a large canvas. I feel real stories do click well at the box office and this film also depicts a story based in pre-partition time. When you will watch this film, you will get engrossed in it because the relationships shown are not limited to Roop and Zafar, each and every character of the film is important. The story is colourful and has many songs and dance sequences as our director Abhishek is fond of songs. Kalank is a totally Hindi film that also celebrates the power of love.”

But, what does love mean for Varun in real life? “For me, the meaning of love is the love for family and being loyal. Whenever you are deprived of loyalty in a relationship, your heart surely experiences the pain. I am of the opinion that when you are in love with someone, you should also be ready to die with that person. But it is very easy to say all this, actually doing so is very difficult.”

Since his character in the film appears aggressive, is it a similarity to his personality in real life? “In real life, I am generally aggressive. Most of my friends keep asking me to calm down. However, I am happy I got this character (Zafar) in which I could harness my anger,” says Varun.

The actor is also collaborating with his father, director David Dhawan who is remaking his 1995 hit Coolie No 1. Talking about the classic movie starring Govinda, Varun says, “I think the screenplay of Coolie No. 1 was very good. I remember liking the film even as a kid and now I am getting to do that film. I am indeed very excited and happy that I am getting to explore it.”

For an actor, who has given masala hits alongside films like October and Badlapur, further stresses on content being the king. “Nowadays content is the king. We may have big stars but if the content does not resonate (with the audience), the film will tank at the box office. For example, Thugs Of Hindostan had Amitji (Amitabh Bachchan) and Aamir Khan but the film did not do well at the box office. Yes, the presence of big stars does bring the audience to the theatres on day one but what after the first two days? Films like Stree, Badhayi Ho, etc. have done so well at the box office.”

Moving ahead, another genre that is gaining popularity these days is of biopics. And now since Varun has done a period film, does the genre of biopics interest the actor? “Recently a lot many biopics are in the making. A few have released, while a few are yet to release. I do not like to follow the herd mentality but I am in talks with someone who is making a biopic. However, I cannot confirm anything right now. Until I get the permission to speak about it, I cannot reveal anything,” says Varun who also has Street Dancer releasing later this year.

But, being an audience puller, will Varun look into sharing profit through territories? “I have yet not given it a thought. Abhi toh jitna bhi milta hai main le leta hoon pehle hi (laughs) (Right now, I take whatever I get beforehand). If at all I will think of getting into this sharing business instead of my remuneration then I will decide from film to film.”