Tale of an epic journey

From Katihar in Bihar to the Silicon Valley, author Sujit Safar’s life is a dream come true for engineers of the country. 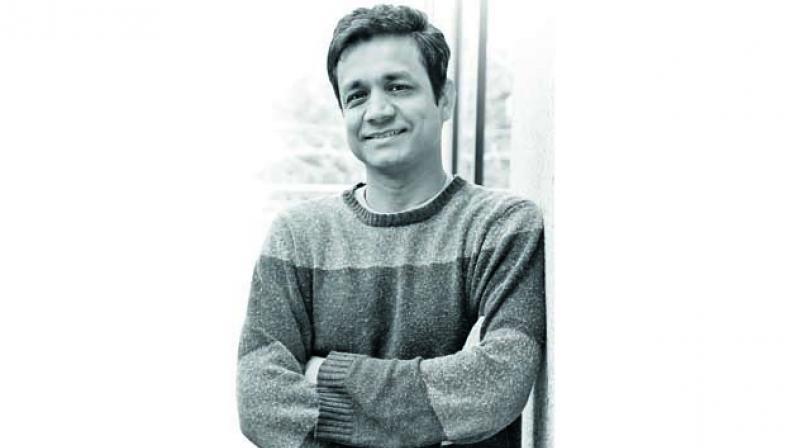 Sand and sky were white. Another dry day. Eyes scoured the bowl above, seeking a wrinkle. July and not a wisp of cloud, nor a drop of rain. The young could not recall a summer so stark, the old spoke of the Bhaiya and Saiya famines of fifty-five years ago. In the evenings, at hushed gatherings on sand dunes under a lonely moon, they told stories. ‘We remember such times in our youth. We have felt the sun singe our cheeks, seen withered stalks of bajra stretch into the distance, picked our way through dunes littered with dead goats and camels, watched the sand shift over the horizon, wept over the deceitful play of light against dust that creates the illusion of an impending rainstorm.’

For author Sujit Saraf, the idea of writing a book is more clinical than the often-romanticised idea of imagining the author as an artist. According to him, there are no fits of artistic passion but only cold calculation. “I write like an engineer,” he says. Despite having a day job as an engineer and a family to look after and writing only in the weekends, Sujit has been successful in pursuing his literary aspirations with aplomb. With Harilal & Sons, his fourth novel, Sujit has turned a keen eye on the history of his own people — Marwaris.

Speaking on the ‘designing’ of his novels, Sujit says, “My novels are fully plotted and laid out before I start. Each chapter is ‘designed’. I know its approximate length, and I know how I shall move the plot forward. The act of typing out a novel is mere manual labour.”

The book has been dedicated to Hiralal Saraf, his grandfather, whom he never saw in his lifetime. The book is loosely based on a concoction of an image that he built of his grandfather partially from the various accounts he had heard of him from his relatives. He interweaves the history of Marwaris in his epic narrative from Shekhavati in Rajasthan to the Calcutta of the early twentieth century, to Bogra in East Bengal, and to a village in Bihar in newly independent India. The author narrates the story of Harilal as he sets up Harilal & Sons, a shop selling jute, cotton, spices, rice, cigarettes and soap, that grows into a large enterprise. 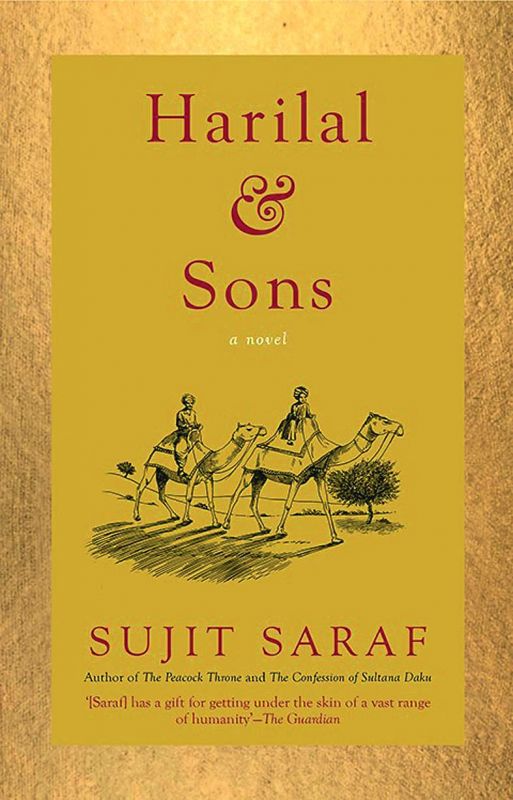 However, the author had to do some intensive research before he embarked on the project. “Incidentally, I had taken the idea to write a book based on my grandfather’s life much earlier. That’s when I had done much of my research especially, interviewing my old and distant relatives,” says Sujit. But he finished his other novel, The Confession of Sultana Daku, before this book.

After years, when he came back to the project, he spent hours at the archives in Berkeley. “I was familiar with the archive since the time I went to Berkeley for my graduation studies,” Sujit explains and adds, “In the elaborate structure of Hindu society, Marwaris, who are originally from Shekhavati in Rajasthan, fit into the ‘business caste’. For centuries, we have been the best-known businessmen in India, at times controlling almost half the organised sector in Indian industry, and providing most of India’s business magnates and empires. There are countless stories about the Marwari who financed Robert Clive in 1757 (Jagat Seth) — thus laying the foundation of British rule in India — the two Marwaris who financed Gandhi’s campaigns against the British (Birla and Bajaj).

Alongside an accomplished engineer who studied at IIT Delhi before pursuing his PhD from Berkeley, Sujit has been a playwright and a novelist. When asked if there had been a moment of transition from being a successful techie to a writer, he says, “I have been both a techie and a writer for as long as I can remember. As a techie, I study things; as a novelist and playwright, I study people and places. The two are alike. The primary tool used by the novelist — language — is as precise as the primary tool used by the techie — mathematics.” It took him one book to realise secret that he gladly shared. “My first published novel, Limbo (1994) was the first novel everyone writes — an auto-biographical account of growing up in a small town in Bihar. Years later, I discovered that the best stories are about others and not the self,” he says.

Although he has retained his Indian citizenship, it is unlikely that the author would come back to the country. However, he admits he is keenly observing the current history as it unfolds. “At the end of the day, every history that we read is fiction, but currently the situations across the globe is quite bothering,” he points out. “America was known for the freedom and how seriously they took civil right, but I don’t think that the present President of the country understands that,” Sujit admits.

Speaking of the events closer home, he shows an equal concern.

“I am a BJP sympathiser, but the fact that they made a man whose wrongdoings are no secret, as the chief minister of Uttar Pradesh, is disheartening,” he concludes.