Don’t need to depend on an actor for a film: Sonam Kapoor

Sonam Kapoor Ahuja shares her views on fate and luck, the industry’s acceptance of women-led movies, her directing dreams and more. 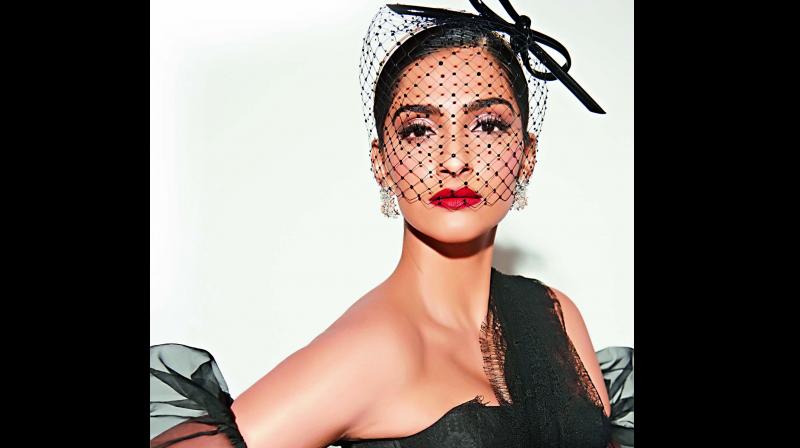 When Sonam Kapoor Ahuja made her Bollywood debut in 2007 in Saawariya, she was known more for being the daughter of Anil Kapoor than for her acting talent. But over the years, the actress has managed to step out of her superstar father’s shadow and create her own identity in the industry. Her bold choices in movies have made people take note of her as an actress, her trendsetting outfits have positioned her as a fashionista of our times, while her forthright demeanour signals a sharp mind. She is an actor who is aware of her worth, and it is this confidence that makes her seem at ease with whatever she does, whether it’s starring in a Coldplay video, sashaying across a red carpet at Cannes Film Festival, or stepping into the shoes of a brave woman like Neerja Bhanot.

While she was busy promoting her next,  The Zoya Factor, we caught up with her for a quick chat about her film, her beliefs, and her future plans. And the actress answered us in her trademark ‘no-mincing-words’ style.

Your film explores the prevalence of superstition in sports. Are you superstitious in real life? Do you believe in luck?
I believe in astrology; I wouldn’t call myself religious, but I call myself spiritual. I believe most scientists were believers in God. I am not an atheist at all, I believe that destiny and luck exist. Otherwise, why am I born somewhere, instead of somebody else? I feel karma and fate are at play, and it gives you hope. Rhea (her sister) is an atheist and she believes in hard work and practicality.

Men’s sporting teams often find representation on the big screen, but the same cannot be said about women’s teams. Would you like to see India’s women cricketers getting more screen time and attention?
For many years, we have been treated as second-class citizens, and the same thing applies to women cricketers. We have to do something to get the women ahead because we still have the highest rate of female infanticide in our country. If we look at sports, women are the ones winning all the medals, so I think women should be given a little more respect in India.

In a past interview, you said that there was a dearth of female-led films. Have things changed for the better now?
When I came into the film industry, the first female-led film I did was Aisha. The interval between Aisha to Khoobsurat is when I saw change happen. When Aisha released, only the women liked it, but male reviewers trashed the film because they didn’t get it. Maybe if Aisha had released four to five years ago, there would have been a completely different reaction.

After Khoobsurat, there was a shift because of Vidya (Balan) and Rani (Mukherjee), who had done a couple of female-led films. Then Neerja happened and it was a success. Veere Di Wedding opened to `11 crores. So there is still a perception that ‘nobody is going to watch it’, but there is an audience for female-led films. It is changing, but not rapidly.

As an unabashed feminist, do you find yourself being extra cautious while picking films?
It is very important to be conscious of the scripts you pick. Especially for someone like me. I have the liberty to make choices, so I should be the one making hard choices. I remember somebody telling me that I was born with a silver spoon, and that’s why I make harder choices. If I don’t make those choices, why would anybody else?

I don’t mind sitting at home for two years without doing films. Of course, it is hard, because nothing is more important to me than being on a film set, but if it’s something that I feel is not right, I would rather not do it.

But do you fear that this approach could make it difficult for you to get films?
I don’t need to depend on an actor to do a film. The film might not have an exorbitant budget, but I will still get enough money to make films like Neerja and Veere, and I feel proud of this. I hope the choices I make inspire the younger generation to make tougher choices because somebody has to start somewhere.

Has your outspokenness got you into trouble or made a family member request you to be more discreet?
My family doesn’t say anything to me. The reason I have the courage to speak is because of my family. The only thing my father has ever told me is that sometimes, it’s better to speak through your work. I have started doing more of that recently. This advice has stayed with me because my father doesn’t say too much; he is a progressive man. However, I am more of a straightforward person, despite my PRs giving me warnings. I just end up saying what I feel is right.

You were keen to direct Swara Bhasker. Will we see you wielding the microphone in the near future?
I want to write something and I am in the process of writing. But every time I take some time out and start writing, I get offered an interesting project. Then I deliberate between writing and acting and end up feeling like I can’t give up on either. Between ‘Rheson’, my husband, and living in three cities, there is a lot going on, so when I take some time out for myself, hopefully, next year, I will start writing with someone. Then I will direct.