A home away from home

Angkor Wat is both a national monument and a national symbol of Cambodia, as well as appears on the flag. 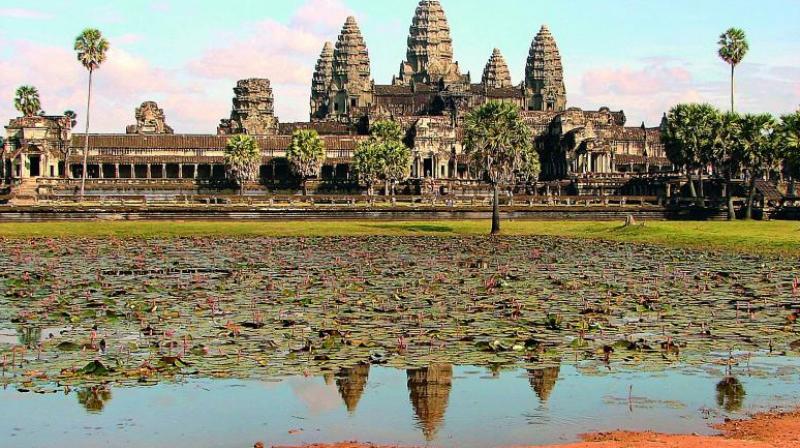 Cambodia shares a lot of its history with India. From invading Tamil kings to a mad man who wiped out nearly a quarter of the population, the country has a rich history of exploits. They also have coconuts — lots and lots of coconuts.

What makes a country worth knowing? Should it have an iconic landmark like the Eiffel Tower? Should it have pristine beaches like the Caribbean Islands? Should it then be cheap enough to travel regardless of how low your economy has brought the value of your currency? Should it have a violent past, which reverberates till present day? What if there existed a country right here in South East Asia that ticks all of the above boxes? Indians usually associate Southeast Asia to Thailand, the place where one would go to for white sandy beaches, or clandestine ‘business trips’ — or both. Right across the border is the country of Cambodia, a place we all are familiar with as much as that uncle who smiled at us during our cousin’s wedding once. If someone were to ask for a description of Cambodia, I would say that it doesn’t have many tourists, it has food that is weird enough to be exotic, yet familiar enough to be appetising. And they have coconuts, lots and lots of coconuts. 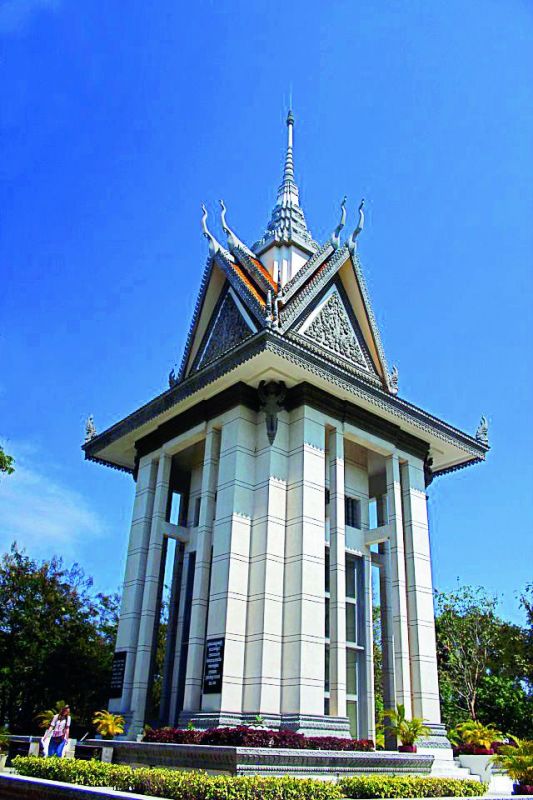 Shrine at The Killing Fields

When we talk of dictators, we talk of Hitler, followed by Stalin and then jump a few decades to Saddam or Gaddafi. Much like Cambodia, everyone forgets Pol Pot. In the 1970s, Pol Pot and his Khmer Rouge overthrew the government and replaced it with a totalitarian rule.  Long story short, a quarter of the country’s population perished under the rule of Pol Pot. And most of these people were executed in a place known as The Killing Fields.

So, my first stop was what was known as The Killing Fields. Before going for the somber visit, I decided to have the only drink safe enough to drink there — coconut water. Unlike carbonated sugar drinks, it is quite difficult to adulter coconut water. Also, the place was full of coconut trees, just like my country.  What we call a ‘share auto’ (or big auto if you’re not into nuances) is called a tuk-tuk in Cambodia (or any other South east Asian country). This onomatopoeically named vehicle was the primary mode of transport all across the town and the drivers usually had western influenced names. My tuk-tuk guy was named Rocky. He was friendly, so I bought him some coconut water. Then it was off to The Killing Fields. 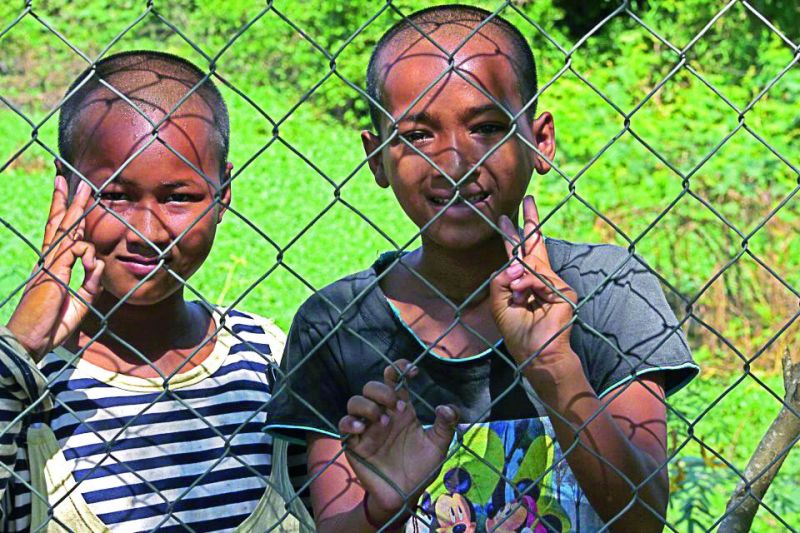 Kids at The Killing Fields

The problem with a poor country wanting to commit mass genocide is the lack of resources. The brutality suffered by the people during the Pol Pot regime should be as well known a black mark as the Holocaust. Take a moment to realise as to why these people were considered enemies of the regime and murdered here. Some were accused of being Vietnamese or American spies, some tried to flee the country and some were murdered just because they spoke English. Hitler may have murdered more, but Pol Pot killed his own people.

The sun was beating down hard on all us tourists, the same way it would have had beaten down on those who breathed their last at this place. While trying to comprehend the gravitas of the situation, some children ran up to me and posed for a photo. I obliged and immediately after taking the photo, they starting begging by repeatedly chanting ‘Gimme some money’. So, I bought them some coconut water.

Angkor Wat is both a national monument and a national symbol of Cambodia, as well as appears on the flag. It appears across the country as much as Che Guevara’s face does in Kerala. It is surprising that Indians are not aware of its existence and importance, as it is an ancient Vishnu temple that later turned into a Buddhist one.  The problem with this tourist location — as with most tourist locations — is tourists themselves. The usual drill was to be present at the temple during sunrise so as to photograph the silhouette of the temple with the golden sky in the background. 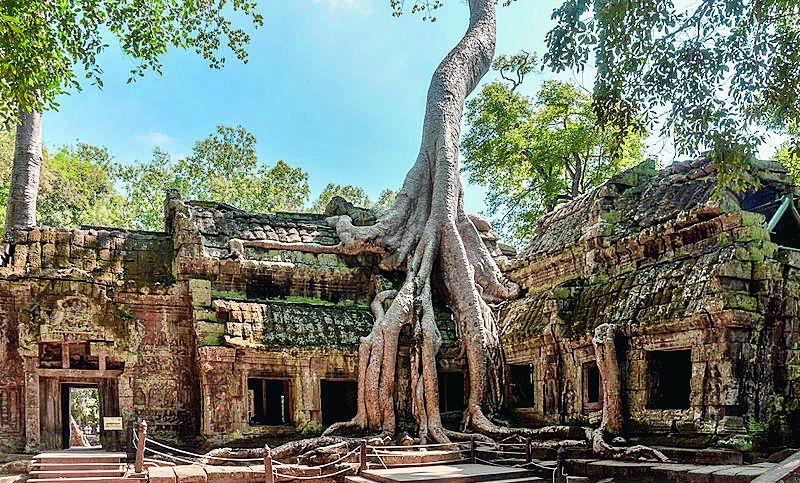 There was literally a whole stadium worth of tourists crowding around and taking photos of the monument as the sun came up. They were all not that bad, one guy complimented the Che T-Shirt I was wearing. I came to find out that he was from Argentina as I had some coconut water with him. It dawned on me — as it dawned — that Angkor Wat wasn’t the only temple in the area. It was just the largest and most well preserved. The area was littered with smaller temples with large stone faces, which I remembered appeared in the Mortal Kombat movie. Forgoing other ’90s movie references, I went inside the main temple. 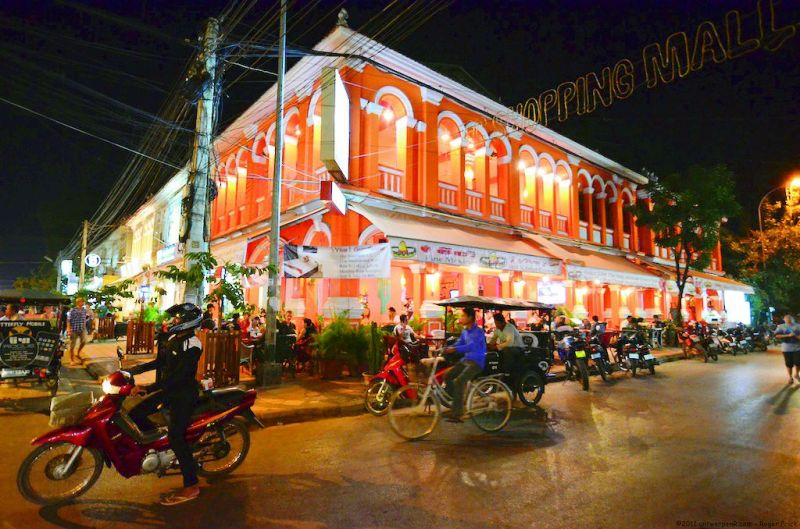 What struck me as the most surprising thing was the fact that there were huge stone pillars in the central temple complex with inscriptions in ancient Tamil. Only much later I would find out about how the Chola Kings conquered most of the Southeast Asian countries with their superior navy, thus putting an end to the myth that India has never invaded a country in the past. The whole temple complex is about five km from the modern town of Siem Riep, which is famous as a tourist haven and for having a weekly night market. While on the hunt for coconut water at the market, I found a restaurant which served something even
better — ice cold coconut water. 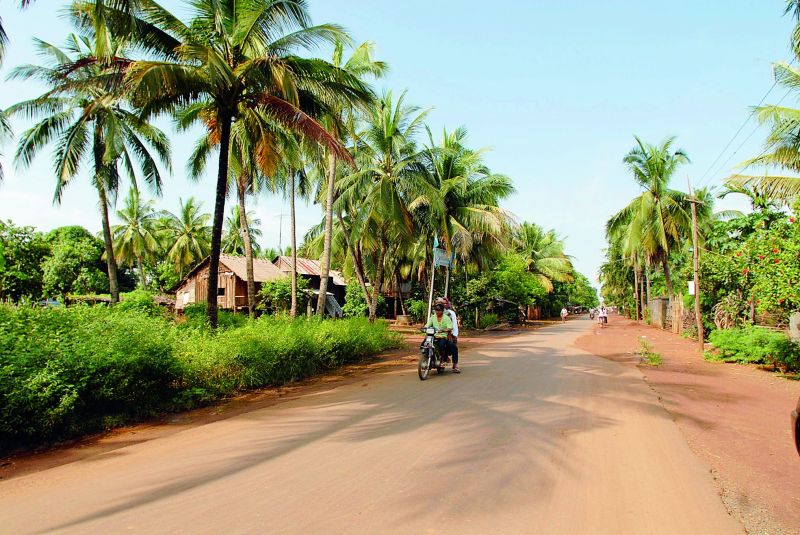 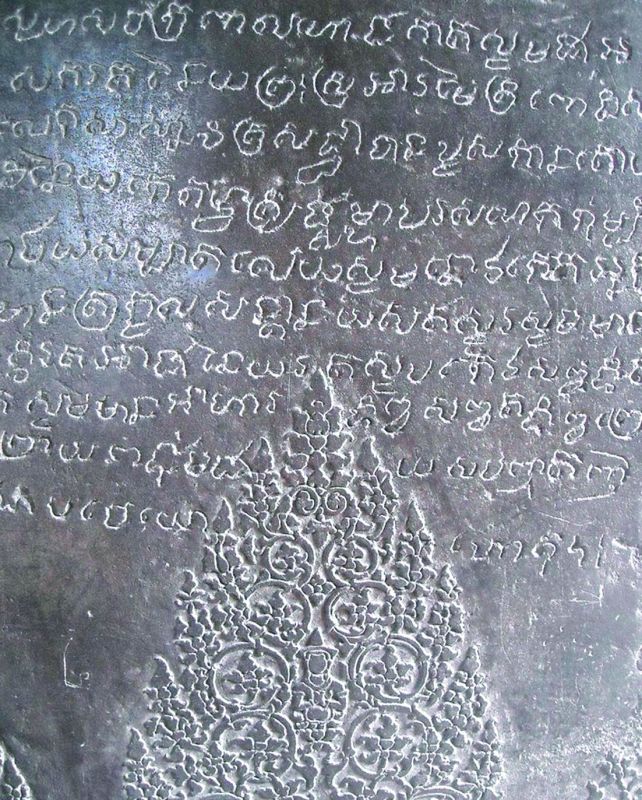 In accordance to someone who calls themselves a foodie, I asked the restaurant for the cuisine of the nation. He recommended the ‘river fish stew’ and warned that most tourists can’t handle the spiciness nor the coconut milk in the stew.  For once, I was proud to be an Indian and told the waiter I could ‘handle it’ and to ‘bring it on’. Five minutes later I was served the traditional Kerala ‘meen curry’. Thousands of kilometres and deaths apart, we are all somehow still  connected.

Vinay is a stand-up comedian and English teacher