There is a lot more than just beef to Kobe as this modern city will surprise you with its skyscrapers and picturesque waterfront. 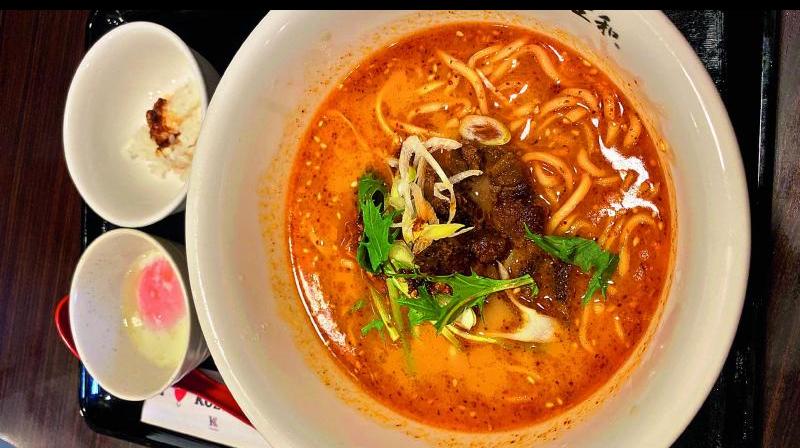 During my recent trip to the Kansai region of Japan, my prime focus was to eat my way through the ‘Belly of Japan’. My itinerary would have been incomplete if didn’t make it to Kobe, the city known for its melt-in-the-mouth marbled beef. A 30-minute train ride from Osaka took us to the port town but to my surprise, I was welcomed by Porsches and Lamborghinis zooming past us on the wide roads to the city. Thanks to all the documentaries and television shows I watched about Kobe, I was hoping to cross a few farms and pasturelands. Little did I expect the city to be a  glitsy cousin to Tokyo and Osaka.

Upon reaching Kobe, my first order of business was to look for spicy beef ramen and sushi, which is exactly what I did. As I walked through the Sannomiya Cho area, the tiny bars and restaurants enticed me with displays of various styles of Kobe beef. Some spoke about the grade, while others raved about the texture et al. To be honest, most were rather expensive and felt like a big pinch on my budget. Thankfully, after walking for a while, I stumbled upon a diner called Kobe beef Ramen Yazawa. The menu was short and sweet with just the items that I wanted to try. As for the cost, we landed up paying around 3500 JPY (approximately Rs 2300) for two ramen meals and two pieces of Kobe beef sushi. The brand also has two other outlets which are a tad bit expensive but offer a large variety of options in case you want to splurge.

For the remainder of my day at Kobe, I also found myself chomping on beef croquette from Moriya Shoten which is said to be the best store for fried meats. While you are at it, take a quick peek inside to check the various grades of Kobe beef and how much each of them costs.

When you ask a local for direction in Kobe, they will usually either say - ‘Walk towards to port’ or ‘Walk towards the mountain’.  We decided to head towards Mount Rokko, known for its panoramic view of the bay. You can easily spend half a day walking through the gardens, visiting the observatory, which puts together a great light show post-sunset. If you are into music, then the Musical Box Museum is another place that you can visit. But if you are looking to spend the night in the city, you could head to the Arima Onsen, the oldest hot spring town in Japan using the Rokko Arima Ropeway. Most locals head out to the mountains to relax over the weekend, so if you visit during a weekday, you might find the space rather peaceful.

The port of Kobe is extremely important for Japan. Located at the foothill of Mount Rokko, this port was destroyed in 1995 due to an earthquake. With only  six percent of the city covered under earthquake insurance, the town suffered huge losses. But they rebuilt the port in just a couple years and restarted the trade with the rest of the world. The port also played a huge role in World War 2.

Thanks to the port, Kobe today also has one of the largest China Towns (Nankin-machi) in the Kansai region. When the port opened in 1868 for global trade, Chinese merchants settled in the area. Today, it is one of the most visited areas by tourists and this is where I went for an early dinner before I could head back to Osaka. Unfortunately, my visit to Kobe collided with the water showers of Typhoon and we were rained in but we did manage to make our way to the best Gyoza place in town. Gyoza Daigaku translates to Gyoza university because they believe their recipe is perfection. And I agree. Go with a big appetite because even before you enter, you will be informed that the minimum number of Gyozas that you can order per person is fourteen! As a party of two, we ate 28 gyozas with chilled beer. Another must eat in Nankinmachi are steamed pork buns from Roushouki, while their pork buns will make you go for repeats, don’t waste your appetite on anything else on their larger menu. Keep a lookout for all-you-can-eat buffets and make sure you visit with a big appetite as the street food here is unique and worth trying.

Just like Osaka and Kyoto, Kobe too has a tower that will give you a great view of the city. Located on the waterfront, the view from here at night will show you a fully lit Kobe Harbourland and Meriken Park. Both these spots are great if you are travelling with kids. The Earthquake memorial here will also give you a perspective of the city’s history.  When coming to Kobe, make sure to have your cards and cash ready as this city is packed with shopping streets which are much affordable than that in Osaka and Tokyo.