Sara prefers to seal her lips

Sara Ali Khan feels she has learnt to be more careful with words today. 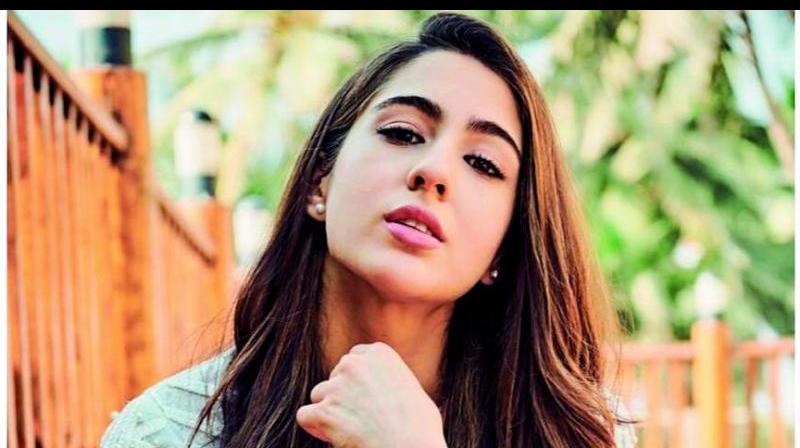 Her transformation from a plump teenager to a svelte heroine has inspired many across the country. Sara Ali Khan took a long time to debut but her stars are rising so fast that it won’t be incorrect to call her trailblazer. She was always smitten by the razzmatazz of showbiz but this ‘young princess’ knows that sometimes the best thing in a showbiz is to keep silent and let your work do the talking.

The last two years have been incredible for you. Have there been any surreal moments?
I think about it almost every day, how everything has been good so far. Although, in the last one and a half year, I didn’t get much time to ponder over such moments. But there are moments — like this one where I am talking to you about my movie.

Love Aaj Kal is about love and aspirations, how different is it from other movies?
I believe love has evolved today — there is a constant effort to balance your love life and career, and one can really relate to it. Like what you want from inside and outside is different. Love is such a relatable and timeless concept. I am proud to see how four different people in the film have interacted with this concept. All four of them feel and express themselves in different ways so this film is relatable. It is not about the time gap because love transcends these barriers. How they affect each other is what we have tried to show in the film.

Your link up with Kartik Aaryan has been a talk of town, any comments?
My equation with Kartik is different. We have done a beautiful film together. He is a much deeper person than what he appears. The first time I spoke about anything like this was a year and a half ago. I have realised that there is a right time and place to comment. Earlier, I was a no-filter person but not anymore. I have begun to realise that it has a downside, and you have to keep your mouth shut at times. In today’s age, what comments you make last.

How do you choose movie scripts?
There is no one particular formula. What and why I am doing the film is what really matters. A film with David (Dhawan) sir and Imtiaz (Ali) sir is not for the same reason, which is not to say that anyone is more exciting or not. I love Imtiaz sir’s vision and loved my character in Kedarnath. I also loved the idea of going on the dance floor with Ganesh Acharya and doing the hit song Aankh Maare... That’s the exciting thing about my job. I don’t have to decide and pick I can live different lives. I give myself into what I am doing – be a romantic scene in Himachal or going crazy on the dance floor.

You were out of the public eye before Kedarnath, and now you are a media favourite.
I have always been a fairly confident girl. I never had a problem with the public eye. The only issue I had was that I do not want to be known because of my family legacy. I wanted my first impression to be strong because that lasts. I want people to know me as a deserving candidate. I didn’t want people to say ‘who is this extra just hanging around?’

When you were young, did you like visiting the sets where your parents worked? Your father had mentioned about it.
I would visit locations often but not the sets. I wasn’t really obsessed with film sets. My father (Saif Ali Khan) was shooting Kya Kehna with Preity Zinta and I was obsessed with makeup. I played with nail polish and lipsticks but did not observe any dance and acting. This is half-truth.

Your father also mentioned that he knew you wanted to be an actor? Why didn’t you debut earlier?
I too think about it, especially knowing the fact that the biggest star of the year, Alia Bhatt, is just a year older than me. But I think if I had to go back to the time, I would do this all over again because I come with education. Whether it is the way I think or my opinions. I think this is what education has taught me. I am proud that I was given the opportunity to study and live independently away from the family. I come from a known family and I have a very protective mother so it was important to stay away and discover myself.

Being from a star family there is a lot of expectation from you, does that bother you?
Yes, it does. There was talk of nepotism and there are expectations. I think whether it is Ananya (Panday) Janhvi (Kapoor) or myself, we have proved ourselves. People are not stupid. We may have got our first film because of our backgrounds but not the second and third film. I think everybody eventually has to prove himself or herself.

Does your mother advise you about films and personal life?
She is very supportive. I do listen to what she says and suggests. I know she governs the way I think.

Do you like your relationship to be in public domain?
It is as hard and easy as anyone else. I have realised that you need to switch your brain off. It will never end. So if you switch off and live, then it is fine. Ultimately, we are pubic figures and there will be people who want to know about you. I want my personal life to remain private as much as possible.