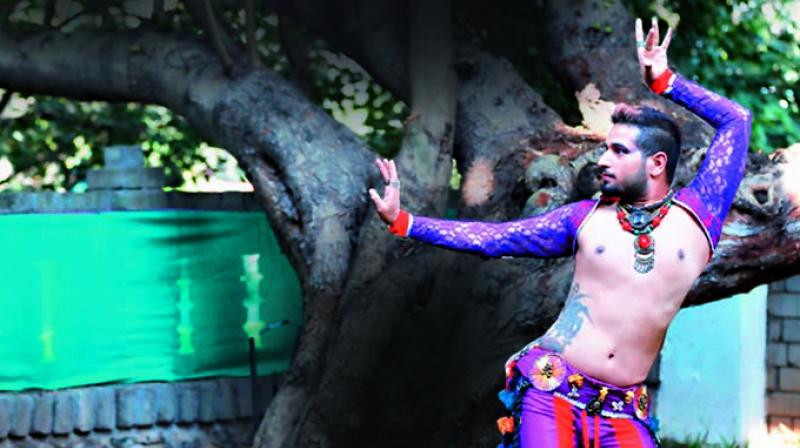 A woman in a man’s world may be considered as being progressive. But a man in a woman’s world is pathetic.” So said Amritlal in Mahesh Dattani’s iconic play Dance Like a Man, which was set in a time soon after India gained independence. Almost 70 years have passed since, but dance has still remained largely a woman’s world. However, recent years have seen a few men immersing themselves in dance forms, which are not typical for men — like belly dancing, ballet and even dancing with heels on.

While Norden Sherpa dances in high stilettos to get in touch with his homosexual side, Gotipua dancer Artabandhu Barik says that dressing up in women’s clothes and dancing is a family tradition. Arun Bharadwaj has been dabbling in belly dancing while Siddhant Kukreja mastered the art of ballet for over five years. There is something common among these men apart from the fact that they dabble in dance forms dominated by women — they all admit to having faced questions about their masculinity and even sexuality, even though India, traditionally, is a country where gender boundaries have always been fluid, especially when it comes to dance.

One only needs to look at Shikhandi from Mahabharata, who remembers his past life as a woman, Amba, or Lord Vishnu’s dance as Mohini as he tried to distract the asuras while distributing the divine nectar or amrit to the devatas. Ancient dance forms like Kuchipudi and Gotipua, the precursor of Odissi, which required men to dress like women, serve as further evidence of the fact and the exponents of these dance forms are fighting to keep them alive in modern times.

Indian contemporary dancer and choreographer Astad Deboo, who was awarded the Padma Shri for his incredible blend of Kathak and contemporary dance forms, says that most classical dance forms are centred around women. “Even in forms like Bharatnatyam or other classical dance forms, the format is mostly focussed on women; very few men take part. However, more recent additions to the Indian dance repertoire, like hip-hop, contemporary or even zumba, have found more and more men joining in,” he observes, adding that it is an encouraging trend since it also indicates that parents and families have started to support dance as a career. 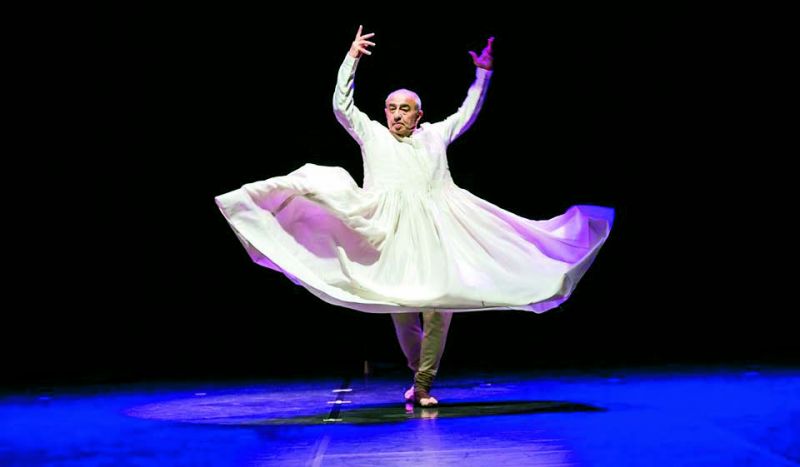 “I believe the fact that dance itself has become a more popular career option than before, helps aspiring male dancers as well. When I first began my foray into dance, I was very lucky to have the support of my parents, but there were those who questioned the viability of dance as a career. I forged ahead in my journey and my search, regardless. But now, no one gets removed from society for dancing,” he states.

The drama of Astad’s costumes never fails to add flair to his performances. While he is glad to have a chance to have the sartorial freedom to experiment in contemporary dance, the dancer states that one should not let what people say get one down, be it about dress or dancing itself. “People will always judge, regardless of what you do; you should remain true to yourself and your dance no matter what they say. People who pass judgements or comments about dancers on the basis of their dress are usually ignorant, ill-informed individuals who are trying to sound like they have an opinion,” says Astad, decisively.

While not everyone has been brave enough to do what the dancer says, there are more and more exponents of dance who are breaking down stereotypes, one step at a time.

Arun Bharadwaj (belly dance)
Belly dance, as a form in itself, is often restricted to special dance numbers in Bollywood. But when Arun first saw the belly dance of the Middle Eastern countries, he was mesmerised by the form, and when he saw a man doing belly dance, he knew he wanted to follow suit. Nine years from that moment, Arun is now the owner of his own belly dance school in Pune. However, the journey has not been a smooth one. “In 2009, I entered a dance reality contest and made it to the top 72 category. But the judges there just made fun of me and laughed at me because they had not seen something quite like what I was doing. Today, I get calls from reality TV shows all the time but I don’t go; not because of my experience before but because it’s all so TRP driven, and the art gets sidetracked somehow,” says Arun, who now has a thriving school — India Tribal School — with both male and female dancers coming in.

“Currently, there is only one other guy in the school, but every now and then men come out of curiosity or because they want to learn something new,” explains Arun, who also travels across the country for live concerts.

“Social media trolls are there of course, but for the most part, when people actually see me start to dance, they realise that I’m a serious dancer and not one to make fun of,” shrugs the dancer.

Norden Sherpa (dances in high heels)
While some male dancers face questions about their sexuality because of their dance forms, Norden embraced dancing in high wedges and stilettos as a way to show his flamboyant gay side. Touted as the first openly gay Indian dancer to have won a reality show, Norden wowed the world with his routines in Videowars.

A dancer at heart, Norden’s love for high heels dates back to his childhood. “I love high heels and I always loved to try them out as a child. I’d try out my family members’ high heel shoes and admire how they looked on me,” reminisces Nordan. 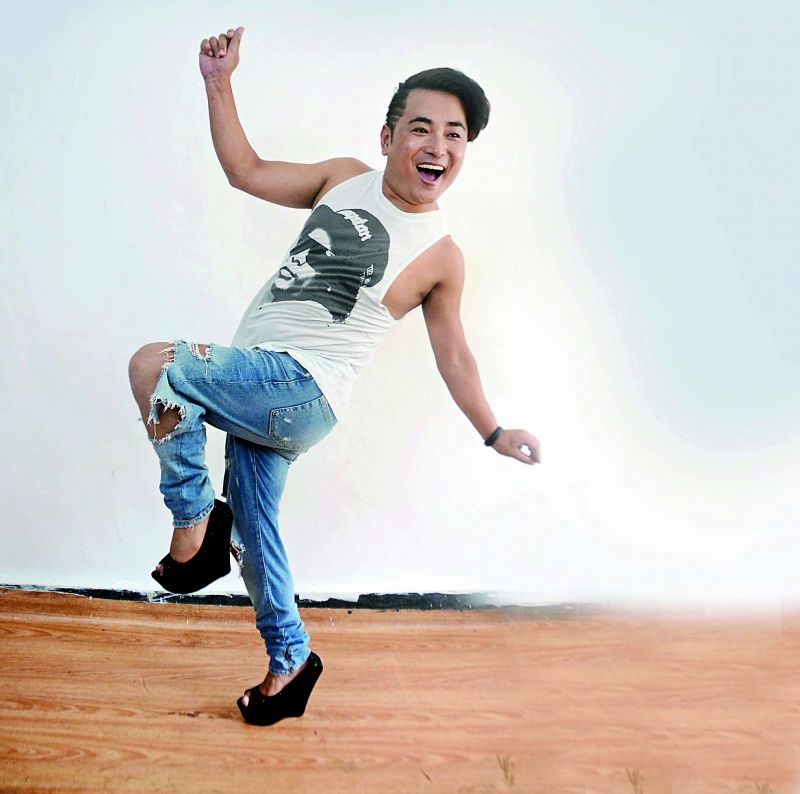 Norden Sherpa embraced dancing in high wedges and stilettos as a way to show his flamboyant gay side. (Photo: Shripad Naik)

So it was only natural for him to incorporate his favourite accessory with his love for dance. “I have always loved to dance and when I heard about the high heel dance lessons that Mrigakshi Jaiswal (a dancer in Mumbai) was giving, I decided to join,” says Nordan, adding that he is not the only queer member of the troop.

“We’ve had a number of people from the LGBT community coming in out of curiosity. You can dance any genre in heels, so I love how versatile it is,” he concludes.

Siddhant Kukreja (ballet)
Siddhant’s foray into ballet began simply because he wanted to lose weight. As an overweight 17-year-old, Siddhant began taking lessons in ballet and realised that he truly enjoyed the form. Having rigorously trained for five years, he has now branched out into choreography and acting. “I learned ballet at Danceworks under Ashley Lobo before branching out into jazz and contemporary. Ballet creates the perfect base for all other forms of contemporary dance, it is the root of all these Western styles,” explains Siddhant, adding that though his dancing definitely helped him achieve his goal of shedding some kilos, his parents were doubtful about the clothes that he had to wear to dance. 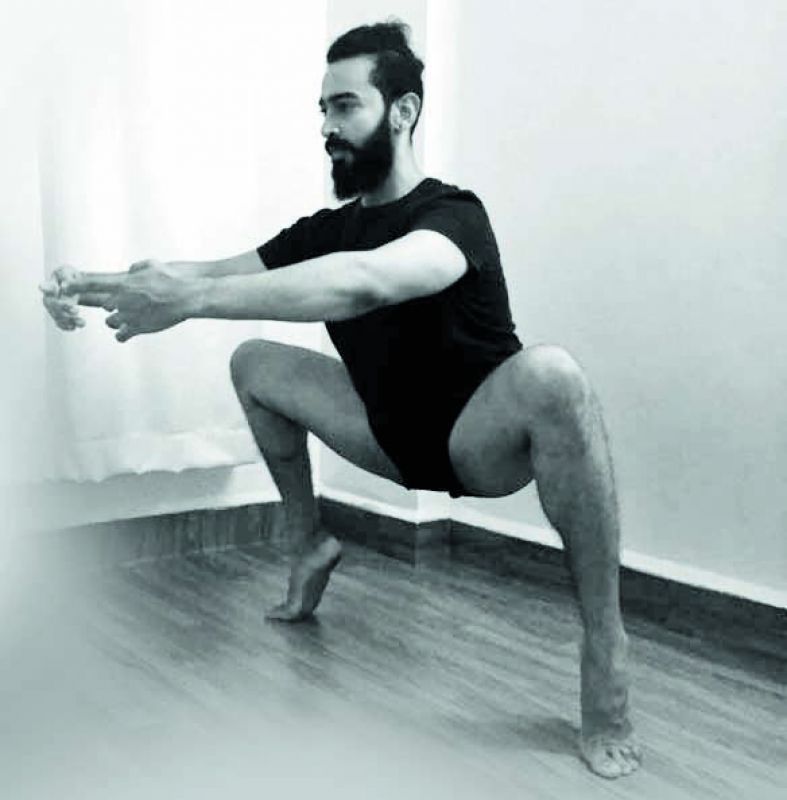 “In ballet, it is essential for your teacher to see if each muscle is working the way it should. Consequently, you tend to wear tight clothes, usually unitards. My parents didn’t completely understand the logic behind this,” recalls Siddhant, adding that his fellow dancers also faced similar discrimination. “I was a big guy, so no one really bothered me, but I know that a lot of the other dancers had to face taunts about their sexuality. When people don’t understand something, they often still tend to ridicule it. Dancing is really big in India right now, so I’m glad about the training I had,” he states.

N. Srikanth (Bhagwatimela and Bharatanatyam)
Tamil Nadu has always been associated with Bharatanatyam since time immemorial. The form, performed by devadasis, was primarily meant for women and it is only in the past decade that more male exponents and hero-oriented choreographies have come up. So for Srikanth, who started learning the dance form over 35 years ago, at the age of eight, it was only natural to don a girl’s avatar and dance as Sita, Devaki and other legendary heroines. “I am a part of the Bhagwatimela tradition, which is very closely associated with the temple. So when I began to learn from my teacher, who was a Natyuvanaar, I used to mostly get female roles. My first heroine role was Chandramati, wife of Harishchandra, which I danced at the age of 12,” he recalls. 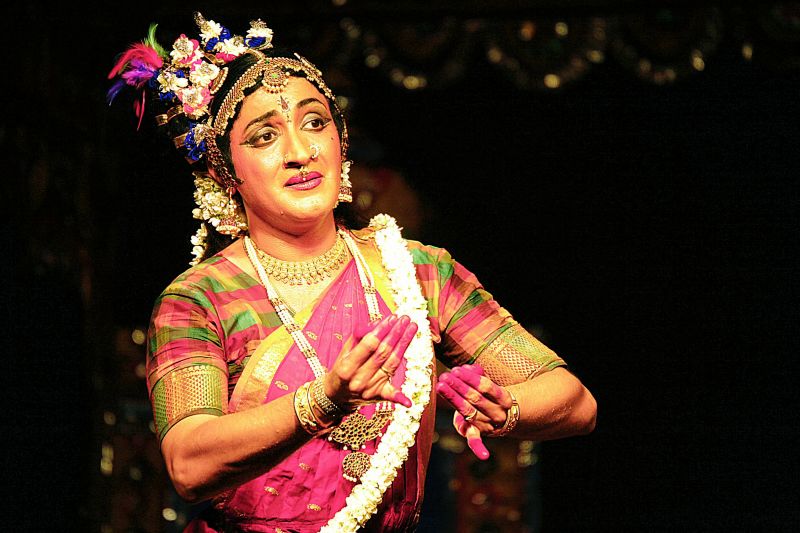 Though he admits that he rarely dances female numbers now, the dancer still goes back to Bhagwatimelas for traditional female roles. “When you are performing the role of a heroine, say, Sita, then you cannot just dance in Sita’s costume. Your entire psyche has to be transformed till you become Sita for those moments. Someone seeing me on stage at that point would not notice a man but would wonder who the beautiful woman on stage is. Gender shouldn’t matter, as long as you can communicate your art to the audience fully,” he says.

Aloka Kanungo and Artabandu Barik (Gotipua)
Gotipua is a dying dance form which dates back to the ancient times. Popular dance forms like Odissi owe their origin to this genre of dance which had young boys dress up as women and dance. To breathe new life into the dance form, dancer and choreographer Aloka Kanungo established Sthapatya Satya, a group that has taken the dance form from its native state of Odisha and propagated it around the country and the world.

Aloka, who has studied the dance form thoroughly, says there may be three reasons why it was essential for boys to dance dressed up as girls. “One reason could be the sakhi bhava, which was propagated by Chaitanya Mahaprabhu around this time, centred around the belief that Krishna is the one true male and the rest are all female. It could also be because of the parda pratha, which came into practice around this time with the Mughal rule in the region. So, boys were made to dress up as women and dance, since women dancing in public would be seen as a stigma,” she explains.

Atrabandhu Barik, who has been teaching the dance form to pupils for many decades now, was once a Gotipua dancer himself. “My father and my grandfather were also Gotipua dancers and now my son is picking up the dance form. It is a rigorous dance form and the body is only that flexible upto a certain age, so after 16 or 17 years, we leave the dance form behind,” says Atrabandhu.

Still, unable to completely leave behind his love for the form, he now teaches it to the new generation. “Gotipua dancers learn a number of other arts at the same time. These include playing instruments like the flute and tabla. I spent several years playing the flute at festivals, then switched over to teaching the dance. I hope it can spread worldwide, beyond the boundaries of the Jagannath Temple in Puri,” he says, earnestly.