The robot bartender that’s great at

But for personal everyday use, it’s probably still easier to make a cocktail yourself. 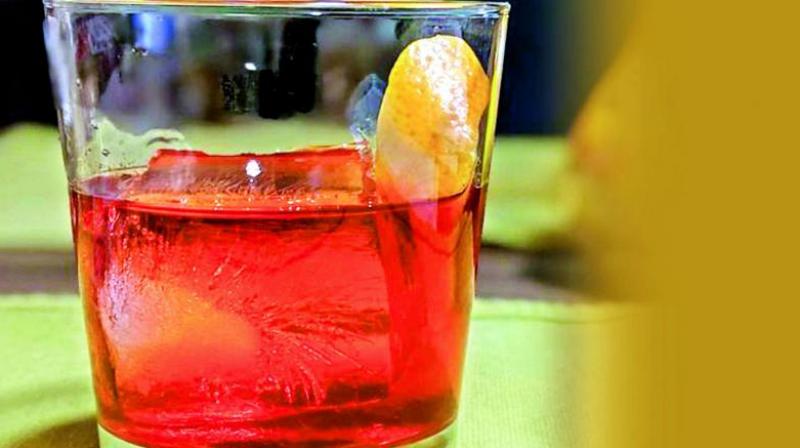 Nobody needs a robot bartender in their home, much as nobody needs Alexa to turn on the lights. But doesn’t having one sound nice?

I thought so, too, especially because I love a good cocktail and I love hosting parties, but I never throw actual cocktail parties because I honestly don’t have what it takes. But after a month of testing out the Barsys Automated Cocktail Maker ($1,050), I’m inclined to believe the world is one enjoyable, novelty gadget richer with it. 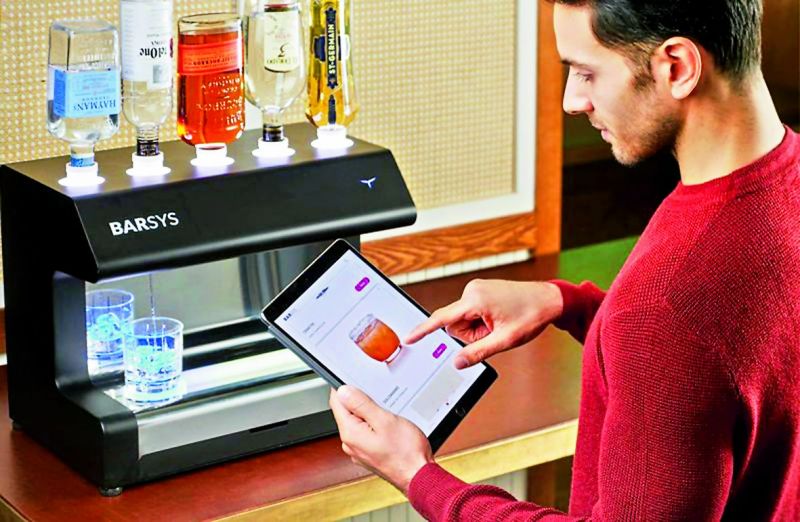 Cocktail-making on the Barsys is controlled via an app

The Barsys is an impressive machine to sit on your countertop — relatively compact, considering it holds five bottles of liquor and three canisters for mixers, although you’ll still need a decent amount of additional counter space to accommodate it. Without the alcohol and mixers, it weighs 50 pounds. It’s not as wide as a standard microwave, but it’s definitely bigger than a bread box: 19¾ inches by 13½ inches by 15½ inches, to be exact.

In my stereotypically tiny New York apartment, in which one has to be extra-judicious about even the most essential appliances, I had to relocate my microwave and coffee maker to make enough room for the Barsys itself, plus space next to it for loading and unloading the mixers. If you’re reading this from the suburbs, or, say, a dedicated bar space in your weekend home, this issue is moot.

How It’s Supposed to Work
Base spirits are mounted in their bottles atop the Barsys machine. A rubber nozzle inserted into each bottle prevents leaks. Mixers need to be poured into the provided canisters, which then slide into stations on the right, where they lock into place. All in all, it’s a cinch to unpack and set up, with a minimum of parts to dirty or misplace.

Once your spirits and mixers are loaded, you turn it on, sync your phone or tablet via an app to the Bluetooth enabled machine, and input all the ingredients there. With a library of over 2,000 cocktails, the app provides a list of drinks the Barsys can make, based on those ingredients, and lets you know when you’re running low on any particular spirit or mixer. It seemed simple enough.

How It Actually Worked
We ran into some roadblocks along the way to our cocktails.
First, there was some confusion with the Bluetooth syncing: my phone kept asking for a pin to sync the Barsys.

After searching the manual, the back of the Barsys, and the website for a pin (or mention of a pin), I opened the app and it turned out I was able to connect from there without one.  I chalked up the tech issue to my two-year old phone as the backlight on the Barsys went from flashing blue to purple, and the disk platform that would eventually hold a cocktail glass moved across the the tray and back, signaling it was ready to make some drinks.

Except, it wasn’t.
Turns out a little pad had been put under the disk for packing purposes and, because of that, the Barsys was having trouble sensing when a glass was in place. We tried every glass option at our disposal, including the provided mixer glass. I’d press “Make” on the app and after a few moments the backlight would turn red, and the app would alert me that there was no glass, despite what I knew to be true. After a quick call to Barsys, removing the pad, turning everything off and on again, and re-syncing, we were finally in the cocktail-making business.

Almost. In the time it took to take care of all this, a leakage problem with the canisters holding our mixers had emerged. A spokesperson for Barsys explained that because I was using a demo, my canisters were a little old. I was promptly sent the newly redesigned canisters, which proved to be as leakproof as promised. I was also assured that anyone who had bought the Barsys with the original canisters was being sent the new ones, free of charge.

Cocktail Trials
After all that troubleshooting, my fiancé and I needed a drink.
We started off with what I considered some standards: rum, tequila, gin, whiskey, vodka, orange juice, Coke, and ginger ale. The resulting cocktail list wasn’t that impressive. Most consisted of one liquor plus one mixer: rum and coke, gin and ginger, tequila and orange juice, or vodka and orange juice (aka a screwdriver, if you wanna get fancy). Even with my non-existent mixology skills, I can usually handle making one of those.

There is definitely something to be said for never having to measure and getting a perfectly balanced, thoroughly mixed drink every time, though. The company’s wireless mixer glass creates a mini-tornado as the liquids pour, one that keeps going for a minute after the last ingredient is added, for a perfect blend.
With each cocktail suggestion in the app, there is also a recommended glass to use and a rundown of anything else that should go in the glass—ice, a garnish, sugar, and so forth. The wireless mixer can always be used, but substituting a regular old tumbler, highball glass, or martini glass will get your cocktail made in 30 seconds or fewer, without the extreme blending.

The Barsys will keep your mixers cold for 15 hours to 18 hours, but it doesn’t dispense ice; nor will it shake up a martini for you. So, if you’re looking for an icy (shaken, not stirred) martini, you can use your usual shaker (which you’ve pre-filled with ice), let the machine precisely measure out the ingredients, then work those arm muscles. And the Barsys does look good while making your beverage, with its pleasantly modern design and interactive lights that signal when your drink is ready for you. My favorite part was the rather satisfying robotic whir as your cocktail moves along on the drink platform, from which the liquor is poured, to where the mixers are dispensed.

Round Two
Swapping out OJ for tonic and tequila for dry vermouth, the cocktail menu now populated with a classic gin and tonic and martinis, which it mixed up in the time it took me to spear my favorite olive. Later, I swapped the tequila back in, along with a bottle of Cointreau, to make some margaritas. We weren’t going to make enough to warrant filling up a canister with lime juice, so we added the appropriate amount of lime juice to the wireless mixer and plugged some custom recipes into the app to meet our needs. All the drinks came out great.
There was one drink suggestion that really made me laugh. For an Old Fashioned, the Barsys would take care of the very tedious task of pouring my whiskey for me; I’d have to handle the sugar, bitters, and muddling on my own. However, if I had set it up with whiskey and sweet vermouth, I could have had what the app listed as  a “New Old Fashioned,” to which I’d have had only to add two dashes of orange bitters and the garnish. (Time save!)

It’s this point where we get to the root of the problem with the machine and with most smart home tech in general: It’s much less useful than it promotes itself to be. Yes, the Barsys makes measuring standard pours a cinch, which, if you’re bleary after a long day’s work and really need a whiskey — but don’t want to overdo it by accident — fine, there’s a use case. And sure, with a glass, some ice, 30 seconds, and a smidge of forethought, I could have a Negroni at the touch of a button. (And I did, several nights a week.) The Barsys creates a world in which the countertop has become the lazy lush’s regular. But beyond that, you hit a wall. For anything more complicated, which is to say anything approaching a true at-home cocktail bar experience, you’re going to need some finishing skills or patience in swapping everything around.

When It’s Really Worth It
One use case where the Barsys could shine is an actual party. The app lets you add and modify recipes, so you could create a signature cocktail or two. It can’t make you every drink imaginable, but with the right combination of spirits and mixers, you can create a menu for your night; put out the bitters, sugar, and citrus wedges; and go enjoy your guests while your robot bartender keeps the drinks coming. It’s novel and fun to use. It’d be a hit at hotel executive clubs or airport lounges.

But after spending a few weeks with the Barsys, it became clear to me that while it makes for a cool, robotic addition to my apartment, I really need to return my microwave and coffeemaker to their rightful places. If I had more space in general, or at least a dedicated bar area, and I were frequently gathering people over to enjoy an evening of drinks, I would reconsider. Until then — or a version 2.0 that can make me that Old Fashioned —I’m going to be old-fashioned and spend my $1,050 down at the bar.