The rise and fall of Piggy Chops

Author Bharathi Pradhan’s book on Priyanka Chopra provides rare insights into her early days of struggle and much more in this racy read. 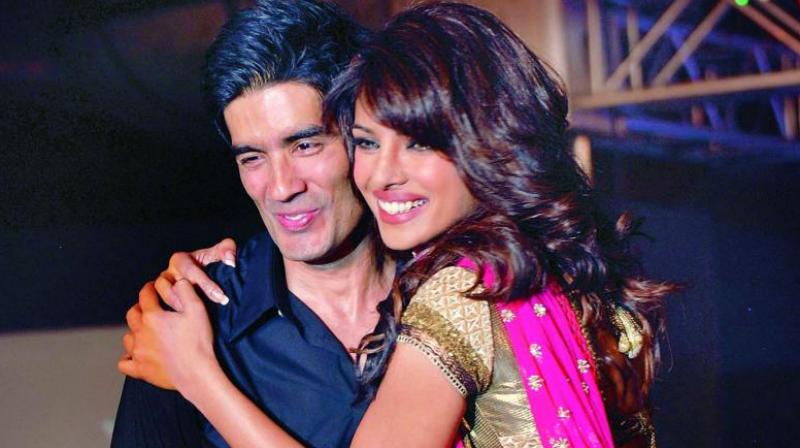 Priyanka Chopra makes news. Period. When her career shows signs of a slowdown (like it almost did with Qauntico winding up), she has hooked up with Nick Jonas and got the world media ballistic over this (possibly staged) romance. In India, the smooth seductress has teamed up with the Bhai of Bollywood, Salman Khan, in a patriotic sounding film Bharat, a fitting tribute as she returns to her roots. What better time than the current moment to capitalise on the moment, than now for a book on her life. Priyanka Chopra, The Dark Horse by Bharathi S Pradhan, (former editor of now defunct film glossies like Star and Style and Showtime) is a quick, racy read — a book you can carry to beat the boredom of a long haul flight. Having said that Priyanka Chopra’s life is an open book (pun intended), the obvious question is, why a book on the actress, whose life has been chronicled extensively?

“There are interviews and stories about Priyanka all the time. But as far as I know, nobody’s written a book on her. I’ve watched Priyanka from the time she was crowned Miss World and stepped into the film industry. I’ve watched her come in from the cold, do a warm up and then run the marathon which hasn’t been easy for her at any stage.  Hers was such an incredibly interesting success story that I was compelled to write it as a template for winning. I also watched one of her lectures on YouTube where she enumerated a dozen points on how to become another Priyanka Chopra. They’re chants that are applicable to anybody who’s ready to slog for success. Hence, my book The Dark Horse,” reveals Bharathi. 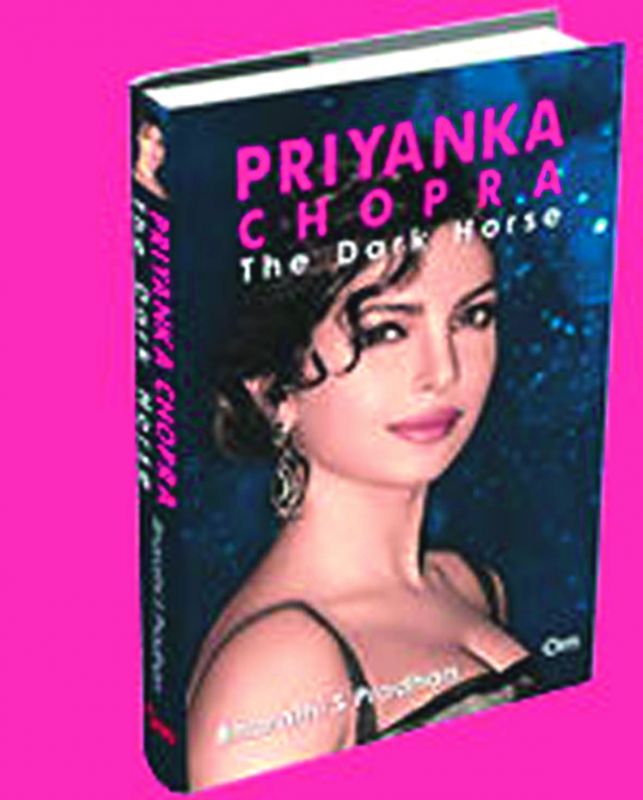 To be fair to the author, the book is an eye opener in some ways. Contrary to general perceptions, success has not fallen into Priyanka Chopra’s lap. “She is who she is because of that focus. It’s not easy that you sleep so little when you have to also look your best as an actor. She’s an actor, a producer, a singer, you don’t do anything that’s substandard and you have to look good at the end of the day,” says Rajesh Mapuskar in the book. The initial few chapters harp on her struggles that began even as a naïve 17-year-old contestant at the Miss India contest. For one, she may have won Miss World despite an incorrect answer. The author’s tongue-in-cheek humour is depicted in this passage.

Then came the clincher. The eighteen-year-old Miss India was asked, “Who do you consider the most successful woman living in the world today?” Miss India answered, “Mother Teresa.” Mother Teresa had died three years earlier, in 1997. But the gods, perhaps Mother Teresa herself, were on her side as Priyanka Chopra beat the odds, the pressure and the wrong answer to give Guha his dream moment — the coveted second world title from his line-up of beauty queens — as she stepped up to become Miss World 2000. But few are aware that Priyanka was not in the reckoning for Miss India or that she had lost out on initial projects after a bad nose job in London. 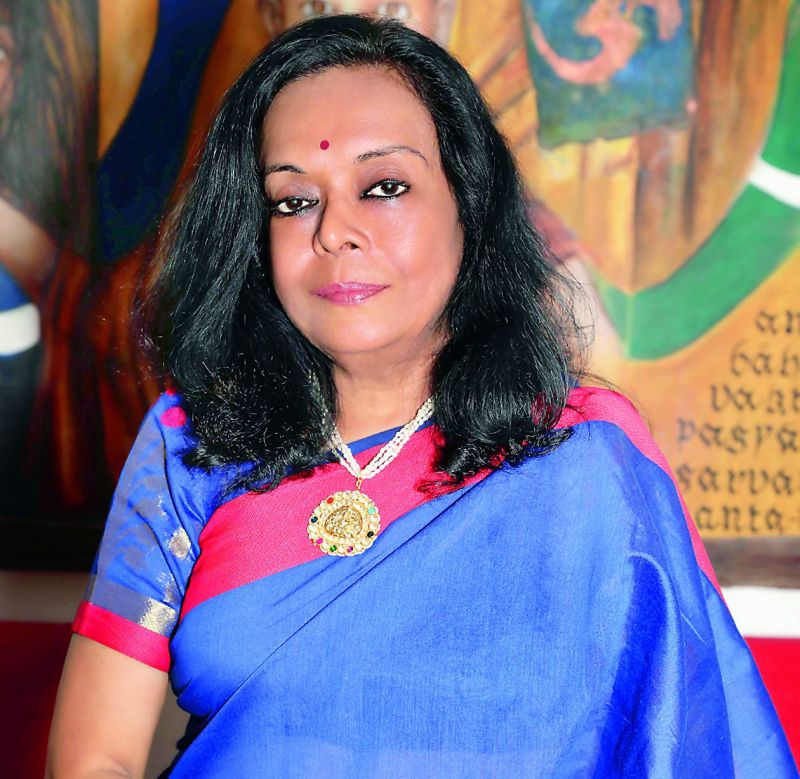 “Yes, it has been tough for her all the way which is what makes her victory all the more motivational. Pradeep Guha (former media personality) was the person who had faith in her and placed his bets on her. At every stage of her life, I wanted one important voice — and not too many —  to come in and talk about what she had to overcome. Also, Pradeep was the one closest to her at that point of time,” asserts the author. For those looking for some spicy gossip with sensational snippets and intimate revelations, the book is bound to disappoint. “This is a book about how to be a winner. Not a salacious, tell-all book,” she insists. There are moments though that make you perk up. Like Priyanka’s indirect but candid confessions on her affairs of the heart.

She fleshed out the thought a little more although this was a general conversation and not particularly about Akshay or anybody else. “I have huge amounts of courage of conviction and I stand even by my mistakes by saying, ‘Okay, you may think it’s a mistake but I did it. Even if it’s a mistake, it’s mine.’ So whether it’s my films, or my decisions, my life, my family or my friends, I’m very unapologetic about anything that I do. I may be tentative about taking a decision, I need everybody’s opinion before taking a decision. But once a decision is made, whether it’s to go on board a film or to take on something, it’s mine. Whether you like it or hate it or abhor it, it’s mine. I’m unapologetic.” The book essentially focuses on the road to success, paved as it was with several stumbling blocks. You can’t help but admire Priyanka’s resolute determination to have forged ahead, overcoming every obstacle with  nerves of steel.

“Life’s journey,” she told her audience, “is not to arrive at your brave side safely in a well-preserved body but to skid inside, completely worn out and say, ‘Holy shit, that was a ride.’ The author spent four months interacting with filmmakers like Sanjay Leela Bhansali, Rakesh Roshan, Madhur Bhandarkar, who have been an integral part of the star’s journey.” There are behind-the-scene stories and incidents which nobody knows about... For instance, there’s one about how Manish Malhotra sent her a pretty uncomplimentary text message by mistake. And how she tackled it. I’d look at The Dark Horse as an extended article on her,” says Bharathi who is seasoned enough to be prepared for all kinds of reactions. “Once you put yourself or your book out there, always be ready for a ‘shabhash’ or a bash!” she concludes.

When Karan Johar wants someone on board, few question it or disapprove of it. And so Dostana had Priyanka and Manish working together and it didn’t go off well. Tarun has already detailed all those morning queries about the clothes she was being given to wear. It was topped by an incident which put Manish off completely.  “While shooting in South Africa, one day she said, ‘Where are the clothes?’ and I thought she tapped her finger towards me.” Manish described what had happened ten years ago like it happened recently. Because he took it to heart.  “I quietly finished my work on the film and we were on to shooting that last saree song Desi Girl at Film City,” he spoke up. “I was on my way to the shooting when I texted my nephew Puneet and said, ‘Karan’s insisting that I come to the shooting and see the set. Thank god, it’s the last day of Priyanka Chopra for me.’”

Here comes the fun part that could’ve seen them parting ways forever. Manish naturally had Puneet’s and Priyanka’s numbers stored on his phone and when he sent that message, by mistake he sent it to Priyanka instead of Puneet.  On the set was now a Weepy Girl instead of the Desi Girl. “Karan called me up immediately and said, ‘What’ve you done? You sent that message to Priyanka!’ And I panicked,” recalled Manish.  Going across and facing her was the most gentlemanly thing for Manish to do. “I walked into the set and went straight to her,” said Manish. “She was teary-eyed and she asked me, ‘What was the problem?’ I told her, ‘I’m really sorry, it was a message for Puneet and wasn’t meant for you.’ But she said, ‘Where was the problem? I really like you and I like your work. What was the problem?’ “So I told her that perhaps I’d misunderstood the way she’d tapped her finger towards me in South Africa and she said, ‘I wish you’d told me then because I didn’t even realise it. And you completed the film as if nothing had happened.’ 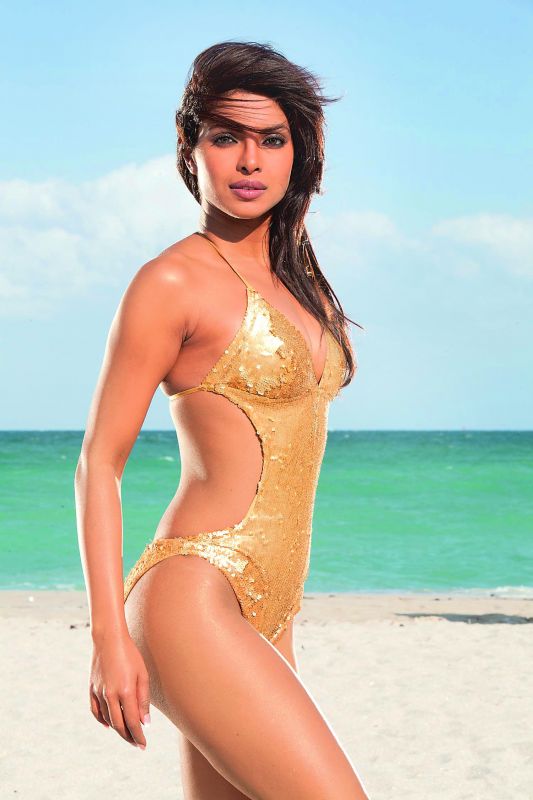 “I said, ‘I didn’t want to let a personal issue come in the way of the work.’ “Priyanka handled it brilliantly,” he ended. “She laughed, all of us laughed, everybody laughed and it was fine. On the set were Mickey Contractor, Farah Khan, Tarun Mansukhani, and they were all watching her tearing up before I got there.”  Tarun who was witness to the lack of warmth between them that led to Manish’s message and the face-off on the set, put it pithily. “They had their silly misunderstandings,” he said. “Manish is also emotional, and when he gets the feeling that you don’t like what he’s doing, he kind of takes it very personally.” The gifted designer was used to his ladies showering compliments on him for his creations. He couldn’t fathom the lack of reaction from Priyanka to what he was putting together as a wow wardrobe for her. “They didn’t have too many conversations about it but he was peeved that he wasn’t getting the expected reaction from her (to his clothes and styling) and she didn’t know that she was meant to gush,” Tarun said judiciously.

“The truth was, she just didn’t know how nice she was looking; when she arrived in Dostana, she didn’t know anything about fashion and clothes. I don’t expect someone who doesn’t know anything about the fashion world to be able to say, ‘Thank you for this, Manish.’ Manish didn’t have any idea. He didn’t get it that she didn’t even know she was looking good. I don’t blame her either because she didn’t know she had to gush. She didn’t even realise how well she was being groomed.”  But instead of throwing a tantrum and cutting ties with the designer who’d sent her the message, ‘Thank god, it’s the last day of Priyanka Chopra for me’, she handled it with elan. “She’s also extremely emotional and she didn’t understand where she’d gone wrong,” Tarun emphasised. But by telling Manish that she liked him and to tell her where they’d gone wrong, and then laughing it off with the others when the air was clearing, she made a new friend. Tantrums and tempers would’ve ended the relationship sourly. “But it was fun for all of us,” Tarun added cheekily. “To this day, we rib both of them about it and laugh. We won’t be letting them forget it too soon.”