The actress opens up about the changing roles of women in cinema and society, her upcoming work and her age-defying outlook on her career and life. 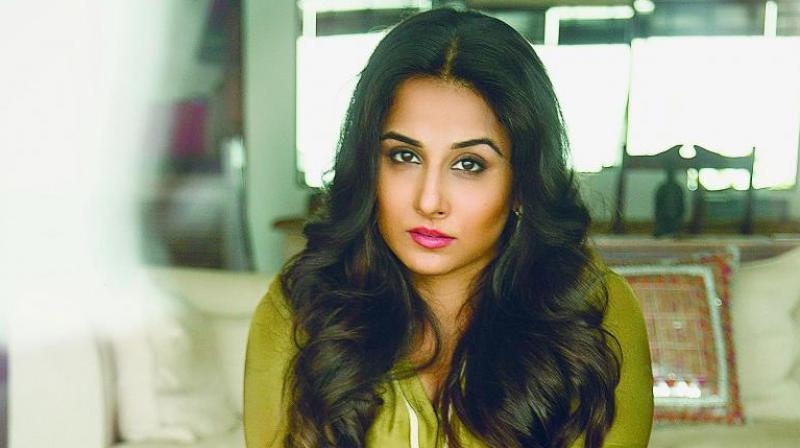 Vidya Balan’s filmography is like her presence — bold, brilliant and evocative. It’s almost as if you can hear her say, “Good morning Mumbai” a la Lage Raho Munna Bhai style, every time you come across her name. And that’s because the actress’s cherry-picked roles are so against the grain, they refuse to slide out of your memory. But, though the actress is well acquainted with the sweet taste of success, her Bollywood journey hasn’t been without stepping-stones, as right at the start of her journey, Vidya found her weight being the subject of much debate and comment, while sometimes her eclectic choice of films raised eyebrows. Today, she is labeled ‘brave’ and ‘fearless’ for her choice of films and roles, and through this candid chat, we realise that Vidya’s choices aren’t born out of a desire to ‘be’ anything, but out of her belief that she is all these things. Read on to find out how she views herself, her success and her impact on her peers.

Though female characters play crucial roles in Mission Mangal, one notices that Akshay Kumar takes up half the space on the film’s poster. How do you feel about this?
Cinema is a business at the end of the day. Akshay is a big star, and if having him more prominently on posters brings more people to theatres, then I am fine with it. As we (actresses) see more and more success, someday our faces will be equal-sized, or maybe even bigger on posters. There is so much at stake with a film that most would rather do what has already been done than take a risk. So I won’t feel bad about the poster, because I know that we, the actresses, have prominent roles. Also, let’s not forget that I would use Akshay Kumar’s stardom to my advantage.

When I did The Dirty Picture, people said ‘you use sex to sell films’ and I said ‘I will use sex to sell a film as long as you realize, once you come to the theatre, that the film’s not about sex, and there is a story’.  You have to look at things from a larger perspective, so I can’t take offense about this.

Actresses today are quite vocal about their opinions. Has this impacted the ‘just a pretty face’ stereotype once ascribed to them?
Girls all around us are not keeping quiet anymore. I remember, I met someone’s grandmother and I laughed loudly, and she looked at me in a strange way. So I asked ‘is she upset that I laughed?’ and it turns out that she believes that girls should be seen and not heard. So people have been conditioned to think that if you are a girl, then you should look beautiful; but you should never be heard. But now things have changed; women are leading tough lives, finding their voices and using them.

But has this shift in perception led to actresses being burdened with the expectation that they must always and only pick ‘strong roles’?
Once you taste blood, it’s difficult to go back to mundane work. I usually do female-centric films, and now I am doing a big star cast film with a big male superstar after ages because I enjoy the importance and prominence that I assume in the films that I do. It gives me a chance to tell stories, and also a great sense of power. As an actor, you should be able to do everything. I think women get burdened anyway, so if you are doing two songs and three scenes in a film, that’s viewed as a problem, because you are supposedly doing ‘fluff’. If you do a serious or substantial film, people say ‘she is now doing only this’. So one will get stereotyped easily. When my weight was an issue, and I became really thin, people said, ‘you’ve become too thin’ and that ‘you have lost your charm’. When I put on weight again, they said, ‘Arre! you have put on weight’. We human beings always find ways to find fault with a woman so that she does not fly.

In a previous chat, your co-star Taapsee Pannu revealed that you inspired her to become an actor and pursue content-driven cinema…
It feels lovely when people give me credit. I am grateful that I was in the right place at the right time. The change to content-driven cinema was underway, and I became the face of that change because I was at the right place at the right moment. A few years earlier or later, and I wouldn’t have had the privilege (of doing those films). I entered films at the age of 26 — normally that was the age when actors were packing their bags, getting married and settling down. When I entered, I wondered ‘will my career be short-lived?’ Also, people would tell me that the career span of an actress is very short. I am 40 today and it's been 14 years since I started doing films, and the going is good. I think it is because of my self-belief. I think my career will last until I am alive. There will be roles for me at every point in time, as long as I want it to happen. I have always been the most important person in my life, so I was okay playing a hero on-screen.

Older actors like Nafisa Ali, Neena Gupta and Kalpana Iyer have had to take the help of social media to get work. Do you see this as an empowering move or one of the fallouts of ageism in the industry?
It is great that Neena Gupta put that request out; she told the universe, and the universe responded beautifully. Today, I see her post about a different film every day on Instagram. It is amazing and more power to her. She was the central protagonist in a mainstream film. It was a hatke (offbeat) film, not a formula-based film, and it earned over `100 crore. Women always think their life is coming to an end. One, two or four generations before us thought that their lives got over after marriage and children, but all that is changing. And our lives are not stopping; our careers go on.

Has the industry BECOME more accepting of senior actresses?
Who cares about how the industry treats us? It’s about how you treat yourself. I believe that if I don’t feel like my life is ending at 30 or 40, then it isn’t going to end. I feel very strong, and I believe I am here to stay. I don’t feel like I am in any race; I don’t have to reach anywhere. I am doing work for the joy of it. I think it is about what you believe.

You turned down the Jayalalithaa biopic and opted to do the one on Indira Gandhi instead. What influenced your decision?
I am happy that Kangana (Ranaut) is doing the Jayalalithaa biopic, and that’s what I will leave it at. I just feel that playing two politicians, both very strong women, wouldn’t have been good for me. If the films were a few years apart, then it would have been fine. It wasn’t a tough call because I have personally invested in doing Indira. I have bought the rights and it’s taking a while, but when work begins on it, it is going to take a lot from me. Five years ago, there were two film offers on Indira, but without permissions, we can’t do the film. However, it is easier in the digital space. You don’t have to choose the events and you can have seasons.