In its completed form, the virtual museum comes with over 350 written and audio short stories as well as perspective polls 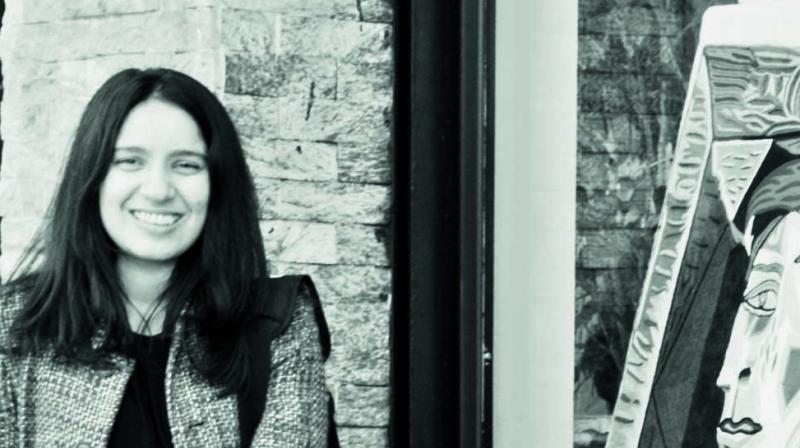 Talking about the application’s features, Brinda explains that they were created with the intention of offering thought-provoking lessons

Just as the first phase of the lockdown owing to the novel Coronavirus hit the nation, the national television channel, Doordarshan National (DD National), began broadcasting Ramanand Sagar’s 1987-television adaptation of the Indian epic Ramayana every day from March 28.

Not only had the series managed to engross diverse audiences all over again (for it had similar responses from its audiences when it was telecast for the first time about thirty-three years ago), it also instantly shot to the top of the television rating point (TRP) charts.

Grabbing on what they saw as a clear opportunity, thirty-five college students across the country decided to develop a virtual museum of the Indian epic. To this end, they developed an app called TheRamayana.

In its completed form, the virtual museum comes with over 350 written and audio short stories as well as perspective polls and quizzes in Hindi and English. The app, which contains a collection of comprehensive and illustrative guides, comes with multiple filters for users to select stories.

Brinda Singh, the project lead, takes us through the genesis of the app. “A culturally diverse nation as ours boasts an assortment of around 300 different versions of Ramayana, whose core themes are far broader than that can be understood just from a consideration of different languages in which it appears.

And we felt that there is an urgent need for products that pass on to the future generations the knowledge and wisdom present in our ancient scriptures,” says Brinda.

Talking about the application’s features, Brinda explains that they were created with the intention of offering thought-provoking lessons that parents could pass on to their kids, as against them proceeding in the story through a traditional narrative.

She points out that the seven kandas (or books) in the epic, which are also listed in the app, have a deep-rooted meaning, offering much learning.
Brinda asserts that the content, which has been created after extensive research, is backed by authentic sources.

“For the stories, we referred to the original texts by Sage Valmiki and Goswami Tulsidas,” she says.

“During the research process, we had to attentively read the original versions to extract the significant parts and crystallise them into short stories.”

TheRamayana,  gives the user the freedom to explore various stories through unconventional and different narratives, which can further be explored with the help of tags. Additionally, the narrative in the app uses pictorial representations and texts to keep diverse audiences engaged.

“It has over ninety favourite characters, over hundred essential landmarks and locations mentioned across multiple versions of Ramayana, including Valmiki’s, Tulsidas’ and Kamban’s,” Brinda explains.
“These have been accurately connected to the current map of India for the users’ easy access to information about those places’ historical significance.”

Brinda reveals that creating the map of those stories with geographical markers from ancient and current Indian subcontinent had been a vital and fulfilling step for her team.

For now, she states, the team has created and integrated audio versions in English and Hindi for pleasurable use.

The team also plans to launch bite-sized guides for scriptures such as The Mahabharata, the Vedas, The Quran, the Bible and The Bhagavad Gita to reach out to a wider set of audiences in the future.