Looking good is what matters to the social media driven society today. And this is seeing a worrying rise in cosmetic surgeries. 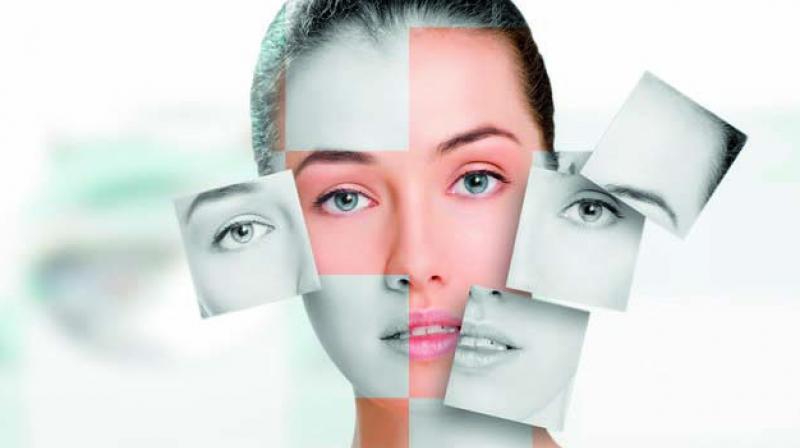 A file photograph used for representational purposes only

She was lithe, beautiful and doe-like. The only thing that irked this 20-year-old every time she looked into a mirror was her ample bottom. So she decided to do something about it. She had it shaped through cosmetic surgery, and now sports a tiny and rounded derriere. She is not alone, though. Given the rise in cosmetic surgeries across the world, the new trend is to take out what you don't like or enhance it. Many renowned actors and actresses have resorted to it, to beautify themselves.

Yet amidst all the beautifying, how does one ensure that they are in the right hands, and doing the right kind of interventions? There is a grey area that many cosmetic clinics are taking advantage of. So what are the traditional practices and how can one be cautioned is the most important learning. This profound need to look good, no matter what the price in a society which rewards good looks with good jobs, better pay cheques and easier living according to studies is egging innumerable beauty seekers towards such procedures. 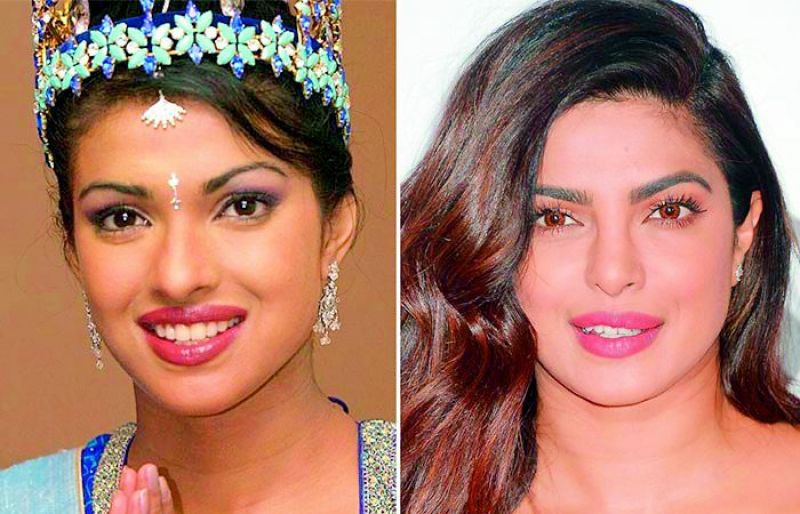 Amidst this comes a new Idea Cellular ad “Dekho Bejhijhak and Jeeto Bejhijhak,” which puts things into perspective beautifully — a young girl takes a selfie with filters to look better, and then suddenly decides to take a selfie of her natural self... putting paid to the notion of what we seem to have forgotten — celebrating our natural imperfections, and accepting them.

Even actresses like Priyanka Chopra, Kangana Ranaut, Shilpa Shetty and Karisma Kapoor or the late actress Sridevi have gone under the knife, which in an industry that demands perfection, is a predictable choice. Reports of youngsters getting their lips or even cheeks shaped like the icons they follow have been trending for some time now. Internationally as well, Angelina Jolie, Kylie Jenner, Megan Fox and Courtney Cox are among a slew of celebrities that have taken to the knife to beautify themselves. Infact, Tyra Banks, the super model has come on record in her book about getting her nose done, and it’s okay. 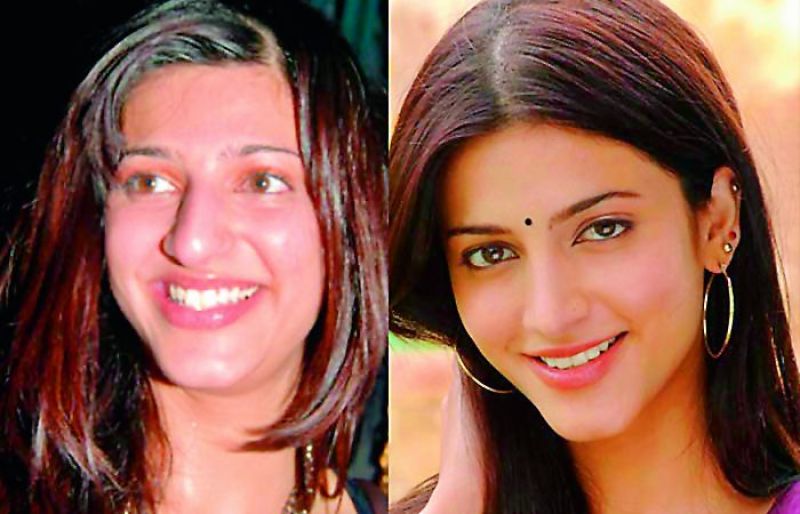 Shruti Haasan (before and after)

Today, the mantra is about looking spectacular, and while many spiritual gurus warn about seeking outside perfection... instead of internal solace, the social media driven world obliterates such thoughts from the psyche. In a trend that is seeing even young 20-year-olds resort to cosmetic surgery, this rage to perfection needs to be addressed. What is the middle path in what is touted to be the highest growing industry where as one cosmetic surgeon reveals that they get 12-15 patients a month? Let’s explore. 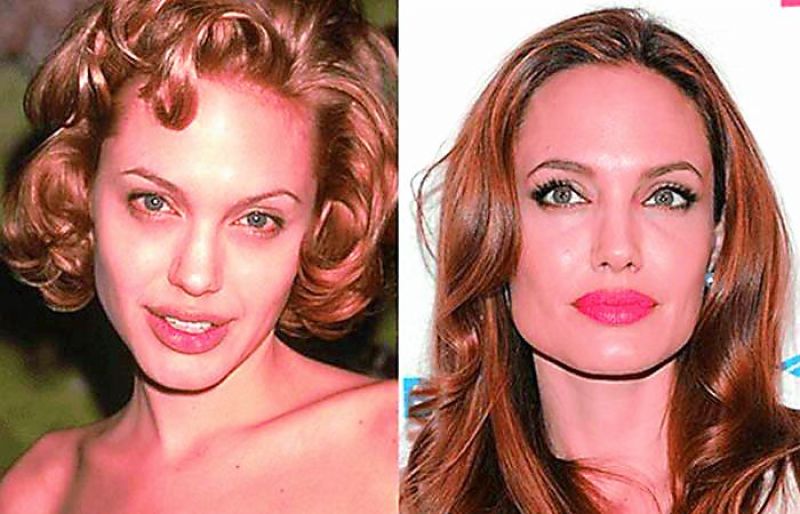 Angelina Jolie (before and after)

Varuni Kadam, a model and freelancer wanted to get a cosmetic surgery done on her nose. For her, it was about getting a shapely nose. “I was sick of people passing comments on my fat nose. I checked with friends and went to a reputed cosmetic surgeon who first tried to dissuade me from surgery, but I was adamant. Yes. It was painful. And the healing process is very important. But now, I am thrilled with the results,” Varuni says. 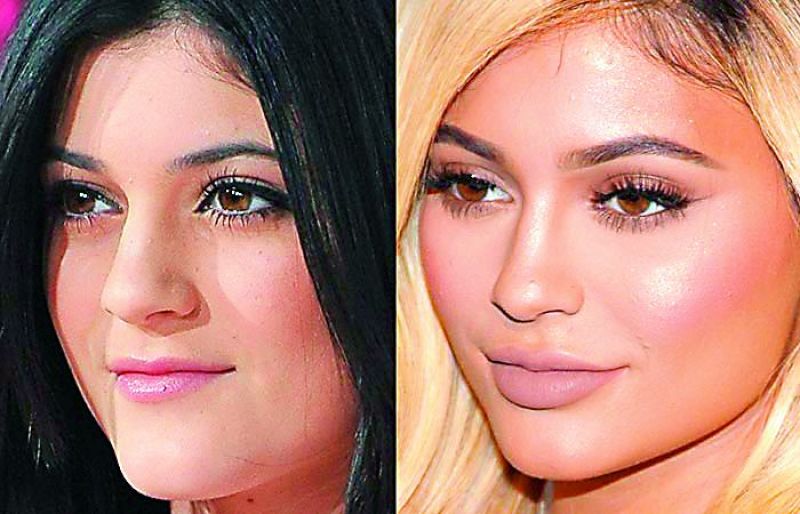 Kylie Jenner (before and after)

With the cosmetic industry expected to reach a mammoth $ 21.97 billion by the end of 2023, this market is projected to grow at a CAGR of 7.8 per cent during 2017-2023 according to reports. Technological factors such as development of advanced materials such as silicone implants, a growing per capita income, and falling cost of cosmetic surgeries are all indicators to its rise. “We get college students who want to change a particular part of their body... and in the past few years, the incidence has definitely increased. There is a proper counselling session that the patients undergo, and they are told about the effects, the negatives and positives. In many cases, I personally try to do away with intervention. But I know of cosmetic clinics that have targets to meet and will readily do a procedure for anyone who pays,” says a cosmetic surgeon on the condition of anonymity. 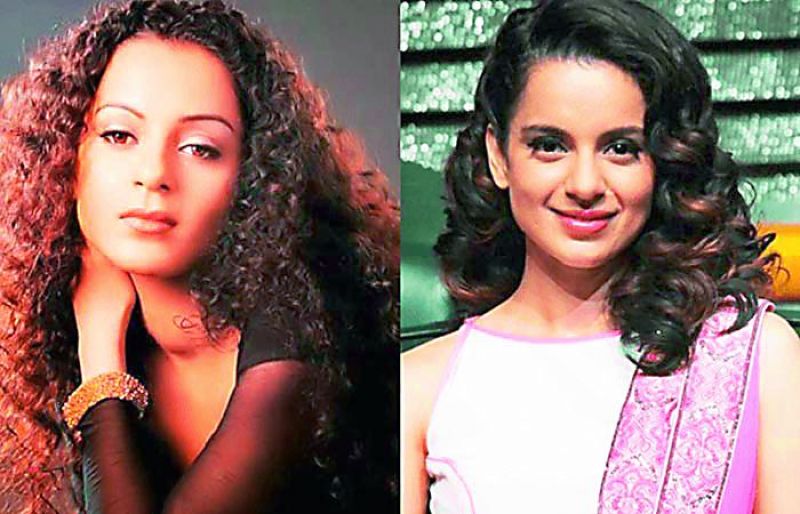 Making the right decision
Internationally, there have many instances where surgeries have gone drastically wrong, the most famous of them is Rodrigo Alves who is also known as the human Ken doll.  There are also reports of a model going under the knife to remove six ribs to make her waist look smaller. While these are extreme cases, an individual needs to take certain precautions and follow protocol. The first is checking the veracity of the clinic and doctor, and his credentials while also exploring non-interventional procedure. Many larger city hospitals are not usually opted for, to maintain anonymity while having the procedure. 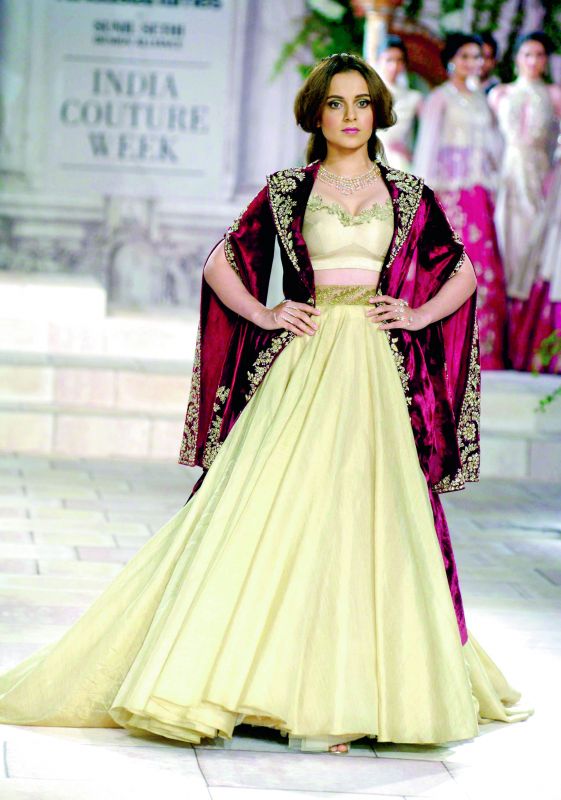 Reputed cosmetic surgeons explore this trend and advice those seeking such interventions. Dr Sameer Karkhanis, cosmetic surgeon, Center for Cosmetic & Reconstructive Surgery explains, “Yes, cosmetic surgeries are on the rise as they are safe in a view of the new technological advances and expertise. They consistently produce good and predictable results as a result of which the popularity of the procedure is rising year after year, globally.”

The way to balance it out
In the race to look younger, and preserve one’s looks, many undergo such procedures to enhance their personality especially with Instagram stories, selfies and podcasts a rage. New-age apps do not help one accept their imperfections. According to a report in the Daily Nation, the incidence of young girls and women under intense pressure to achieve their perfect body in an oppressive social media-driven world is the highest today.

It goes on to quote psychoanalyst and bestselling author Susie Orbach who had 40 years ago written Fat is a Feminist Issue. The British writer — who was once Princess Diana’s therapist sees women commodifying their bodies as they conform to false images.

Which is an honest truth given society’s extreme preoccupation with one’s image. With apps like youcammakeup, beautyplus, makeupplus, B612, all available on playstore, anyone can be Cleopatra with a click. Each of these apps comes with filters to remove scars, blemishes, wrinkles, enhance eyes, sharpen noses, make the face slimmer, add height, change complexions and give the beauty seeker a new self. Is it any wonder then that many are flocking to get those app-enhanced looks in reality?

Orbach herself was involved in a year-long international campaign to force Apple, Google and Amazon to remove cosmetic surgery apps targeting primary school-aged girls (in the UK). This particular app enabled cartoon-style characters to modify their looks with procedures such as liposuction, according to reports.

Where to stop, and say enough
“The ill effects however are rising too due to unqualified practitioners providing these services to the unsuspecting public. Being a supposedly lucrative line of work, many quacks and businessman run multiple clinics and offer substandard or wrong treatments. In today’s world, where everyone wants to look good, the number of patients are increasing, and at the same time, people are getting carried away with unrealistic promises to match unrealistic expectations,” warns Dr Sameer Karkhanis, adding, “The effects of cosmetic surgery enhances a person’s personality by bringing about changes which the person feels held him or her back. If done rightly, it has a tremendous positive effect on the person’s personality.” Which is something two Bengaluru-based women who underwent such surgeries tacitly agree upon.

Liposuction is the most common procedure that has seen adverse results. “Like any other surgeries, there can be a down side or complication following cosmetic surgery. Most complications are ‘cosmetic’ and very rarely life threatening. For eg. one can have contour deformities following a liposuction, loose skin etc. A patient who has had breast augmentation might need a removal of the implants down the line. None of these complications compromise the life of a patient in the long run. Very rarely fatalities can occur as they can in other surgeries,” Dr Sameer Karkhanis cautions.

We prod further as what Susie Orbach and many psychoanalysts and sociologists are very concerned about is this need to spruce up the exterior which affects one’s health and mental make-up as well. “Everyone wants to look their best. However everyone needs to have realistic expectations. While cosmetic surgery can be a huge boon, some patients with body dismorphic disorders might get addicted to surgeries and procedures causing more harm to themselves than good,” Dr Karkhanis adds.

Stressing on the need to research credentials, Dr Viral Desai, celebrity cosmetic surgeon, DHI India; CPLSS India, says, “Some ill effects can rise after cosmetic procedures in 0.5 per cent cases, but in 99 per cent, it is reversible if you are in the right hands. A well qualified and experienced surgeon knows how to handle emergencies and unexpected post operative complications but a non-qualified quack cannot handle it and a patient might end up with permanent damage, it can be fatal too.”

A new you! Really?
A recent study in the US stated that one in three Americans considers undergoing a cosmetic treatment like Botox, cosmetic dental work or a tummy tuck according to a report from cosmetic treatment marketplace RealSelf. Surprisingly, 26 per cent of the respondents felt a desire to appear youthful at work and almost half (43 per cent) said that their reasons for getting a surgical or non-surgical cosmetic procedure was to improve self-esteem or confidence.

There was a study that purported that an obese person is more likely not to be hired than a slimmer one. Infact, a recent John Hopkins University study found that people with successful nose jobs appear more attractive, successful and healthier than they did before getting work done. There are also co-relations of looking good and a better pay cheque. Sadly, looking good is what is at the bottom of this beauty seeker’s agenda. And society is reiterating it, time and again.

Consultant Cosmetic Dermatologist Dr Chytra V Anand says, “Cosmetic surgery is a specialised surgery that not all surgeons are trained for. When regular surgeons try to do cosmetic surgery, things can go wrong. And the worst results we see typically is in liposuction where one can get irregular bumps on the skin or nose jobs (gone wrong) which we have seen with some celebrities. It’s very important to find a surgeon who has done a special fellowship in liposuction or rhinoplasty or breast augmentation before you undergo these procedures. Otherwise, you might have irregular results with one nostril larger than the other. Revisions of such surgeries lead to scaring. People who want to get cosmetic surgery need to research their doctors and ensure that they go to qualified cosmetic plastic surgeons. They must ensure that the place they have the surgery is a surgically equipped centre because anaesthesia has its own risks. Ask for the ‘before and after’ results so that you can compare, and also ask to see patients who have had the surgery previously. This is needed so that one can know the ‘after protocol’ as it’s not only the surgery that matters but also after surgery care.”

In the present scenario where looking good is everything, it would be well-advised to take the necessary precautions, research on the doctor and the procedure to ensure you are NOT being treated by a quack. Introspecting on your choices is also advised by psychologists. Because you can look spectacular but if the inside is still mired in self-doubt and lack of self-esteem, it won’t be long before you go out seeking again.

Dr Viral Desai speaks on the side effects

— With inputs by Ruth Prarthana