From sports to politics

Down the years, across the world, many athletes have transitioned from a sportsperson to a politician, effectively and seamlessly. 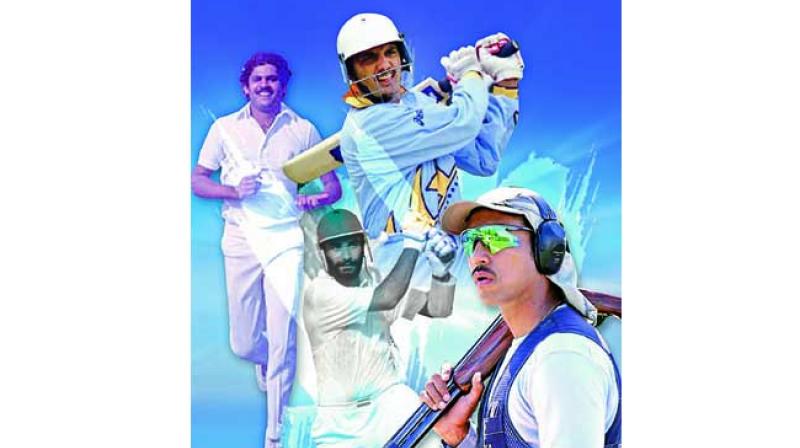 A number of Indian sporting stars too have opted to take the plunge into politics.

Down the years, across the world, many athletes have transitioned from a sportsperson to a politician, effectively and seamlessly. A number of Indian sporting stars too have opted to take the plunge into politics.

Right from the great Muhammad Ali, who was an influential figure during the African-American Civil Rights Movement to Côte d’Ivoire footballer Didier Drogba, who had a major hand in bringing peace to his country, and Spanish footballer Gerard Piqué, who was a prominent supporter of the Catalan independence, sports personalities across the world have always played huge roles in social and geopolitical movements.

We talk to sports personalities-turned-politicians, political commentators, sociologists and sports writers about this phenomenon, the strengths and flip side of this transition, and why there’s relatively lesser representation from women athletes.

The reason behind joining politics
What’s the factor urging several sportspersons to enter politics? Sports commentator and political analyst Sumanth C. Raman says, “See, people in several fields have interest in politics — we’ve seen cinema stars, businessmen and a lot of lawyers entering this field. In the same way, it’s only natural that some people, who’re sportspersons, also wish to enter politics — some of them might also feel that they can use their popularity effectively. Another reason is politics enables them stay in the limelight all their life.”

Cricket writer Abhirup Bhattacharya adds, “If politicians can head sports bodies as administrators, the reverse trend should be equally appreciated.”

Meanwhile, Dr Avatthi Ramaiah, a sociologist and professor at Tata Institute of Social Sciences, states that though there is nothing wrong in sportspersons entering politics, they would be a better fit in managing sporting bodies and sports ministries. “In my opinion, if a filmstar can become a politician, then I think there is nothing wrong in athletes entering the same. And when they get a chance to run the ministry for sports or similar bodies, then there is nothing like it. It would be better if a former athlete becomes the sports minister than someone who does not have any links or a background in sports.”

From a first person’s point of view
From being a World Cup winner (in 1983), Kirti Azad has gone on to have a successful political career and he’s currently serving his third term in Lok Sabha. Speaking about his entry into politics and whether it was his ambition right from a young age, Azad says, “It wasn’t from a young age because I was focused on playing cricket at that time. It just happened by chance — I met Mr L.K. Advani at his residence and as things would happen, I became an MLA in 1993. At that time, I was still captaining the Delhi Ranji Trophy team. But then, I could do only one job — either play cricket or be a politician. So I decided to give up the former, although I thought I had a couple of years (of cricket) more in me.” 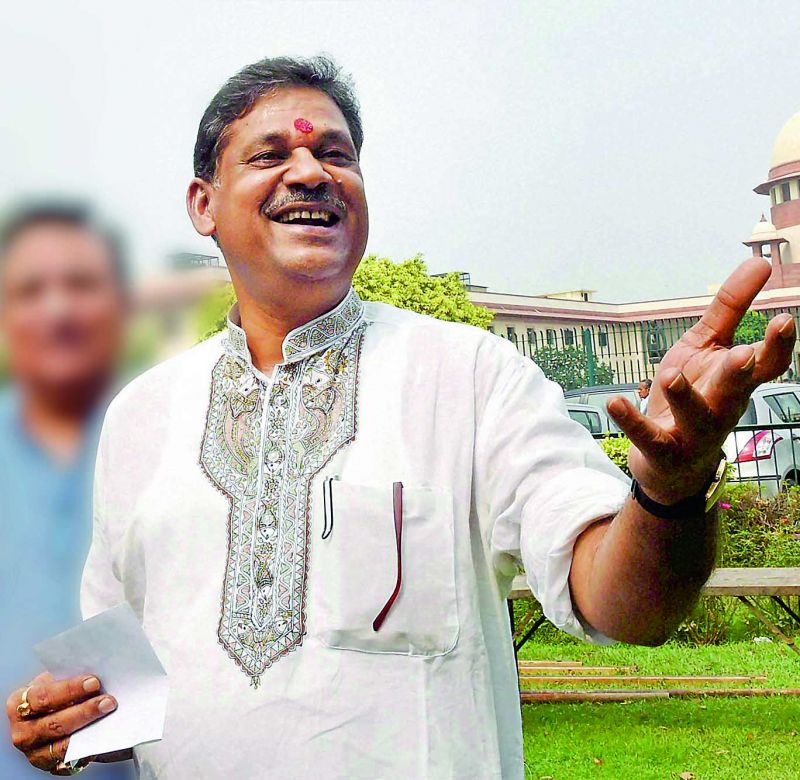 When we ask him what inspired him to sacrifice his cricketing career to enter politics, he states, “Well, you can’t really pin-point one incident for that matter. It was just that I had seen my father (Bhagwat Jha Azad, who was the former Chief Minister of Bihar) working selflessly… he was also a freedom fighter. I used to help him at times — it gave me immense pleasure, especially helping the poor people. I eventually joined the BJP.”

Sharing with us about the struggles he initially faced, Azad says, “I was very much an urban boy while growing up. I never thought that I would come to a rural area like Darbhanga in Bihar and represent them. But as a child, I used to go to my maternal grandfather’s house in Patna during my holidays and my father would take me to the nearby villages. Probably with that kind of upbringing, I managed to win three elections in a rural area — it’s not easy not an easy feat to achieve.”

The impact sportspersons can create
Sportspersons, with a huge following and visibility, have the power to create an impact while speaking about social issues. So how can this popularity help them in politics and will this factor alone help them in the longer run? 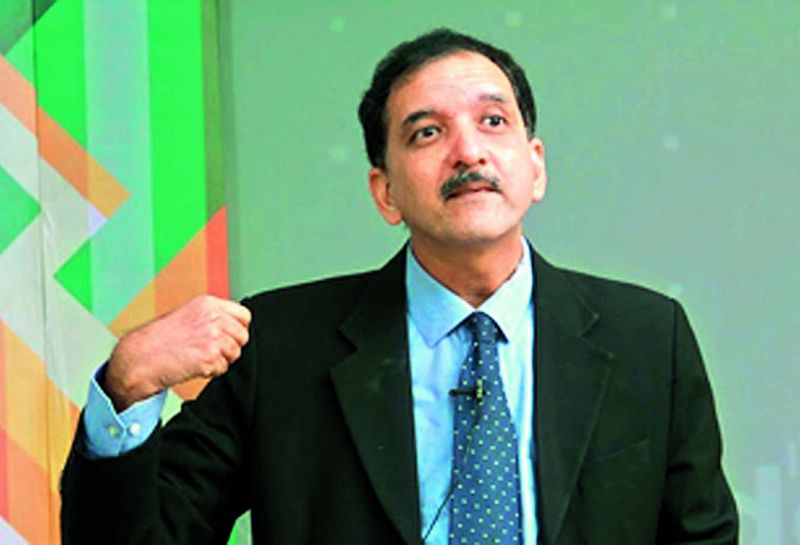 Sumanth C. Raman opines, “They (sportspersons) certainly create an impact — because they have a lot of followers. If they post about any social issue on social media, there are a significant number of people who are willing to listen to them. Hence, whatever they speak, even if not as politicians, always gets immediate attention.”

Abhirup Bhattacharya agrees. “Sportspersons are keen to take a stand on issues concerning the common man. The fact that they are quite outspoken on issues does go a long way in building public opinion for the masses. But it may not quite work for them when it comes to voicing their views on potentially divisive issues or failing to take a clear stand on certain matters due to fear of their actions impacting their commercial interests,” feels the author of Winning Like Virat: Think and Succeed Like Kohli.

On the other hand, Azad asserts that though popularity can help them initially, it’s only their work that would give them longevity in politics. “Well, the visibility is always there... but it would only help you the first time. Only the way you serve will gain you the trust of the people.”

The lack of representation from woman sportspersons
Though we have seen the likes of former middle distance runner Jyotirmoyee Sikdar and former swimmer Nafisa Ali entering politics, the female representation compared to their male counterparts is significantly less. 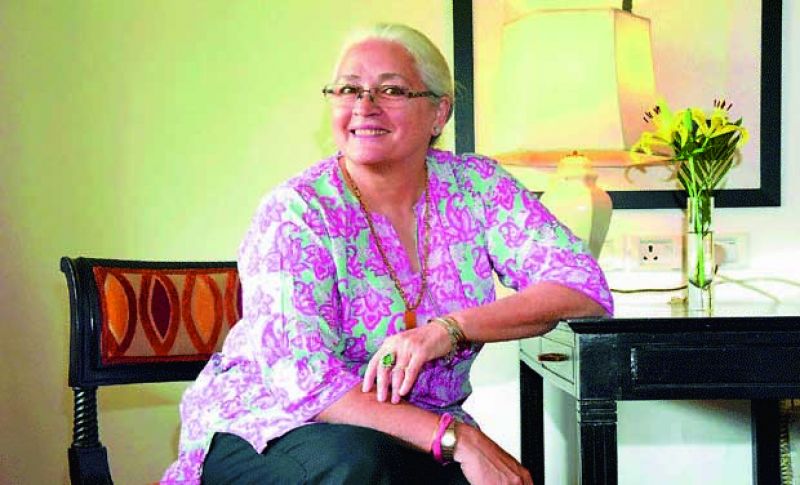 Sharing on what might be the reason for this, Sumanth says, ‘I don’t think lesser popularity is a factor. It’s a question of whether they want to get into an area like politics. Many of the women politicians come from political families or from the movie industry. Women from other fields have started to step into politics now. In the future, I think, more people like Jyotirmoyee will enter politics.”

Former national paralympics swimming champion Madhavi Latha Prathigudupu, who is currently the president of the Wheelchair Basketball Federation of India (WBFI), states that one doesn’t necessarily need to be in politics to serve people. She says, “India is considered a sleeping giant when it comes to paralympics and other international adaptive sporting events — we’ve so much potential. When it comes to WBFI, you can’t imagine how much we’ve grown in only three years since our inception — we have more than 600 men and women and for the first time in history, our men’s and women’s team won medals in the international stage in wheelchair basketball. I take all these initiatives and one doesn’t need to be in politics to do this.” 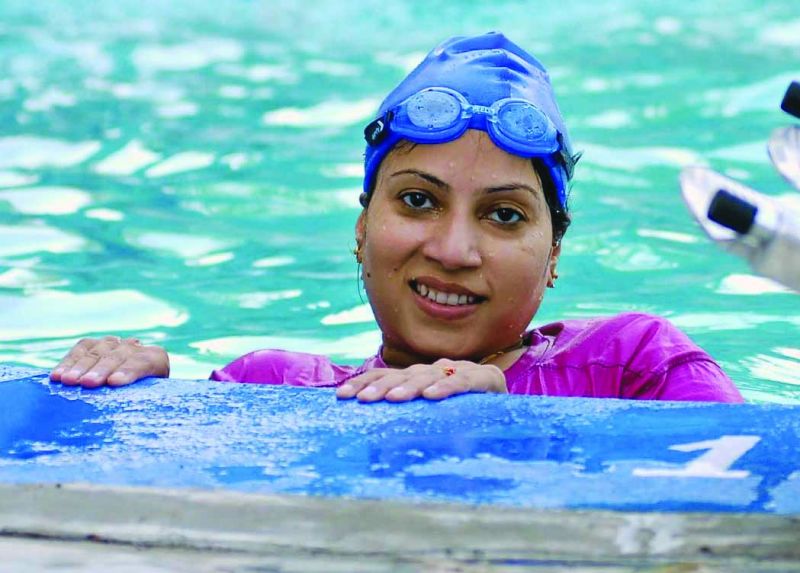 Prominent sports stars in Indian politics
It’s only natural that a majority of the athletes joining politics are from cricket, given the sport’s popularity and following in the country. Late Mansoor Ali Khan Pataudi tried his luck in politics, but he failed to win in two of the elections he contested (representing the Vishal Haryana Party in 1971 and Indian National Congress in 1991).

Kirti Azad, on the other hand, is currently serving his third term in Lok Sabha from Darbhanga in Bihar, while Navjot Singh Sidhu is currently serving as the minister of Local Government, Tourism, Cultural Affairs, Archives and Museums in Punjab. Sachin Tendulkar, in 2012, became the first active sportsperson to be nominated to the Rajya Sabha, but he received much flak for his lack of attendance in the assembly proceedings. Mohammad Azharuddin, representing Indian National Congress, served as member of parliament in Moradabad (from 2009 to 2014) and Chetan Chauhan is now the minister of youth and sports in Uttar Pradesh. Several modern-day cricketers too, like Mohammad Kaif, Laxmi Ratan Shukla and Praveen Kumar, are active in politics.

Among women, former runner Jyotirmoyee Sikdar was an MP (from 2004 to 2009), and swimmer Nafisa Ali, who has contested in two Lok Sabha elections, have been active politicians.

The trend is likely to continue
Many are of the view that the trend of sportspersons turning politicians will continue and feel that it might even increase in the future. “In general, political awareness is significantly increasing among Indians and athletes are no exception to this. Hence, I think some of the current crop of athletes might be future politicians,” muses Abhirup. Sumanth explains, “Sportspersons are now aware that they can use politics to sustain themselves in the public eye. So definitely we will witness a larger number of athletes taking up politics in the future.”

Azad, on his part, welcomes more young sportspersons taking up social initiatives and entering politics. “More they come (into politics), the better. There is no limit to social work. With the kind of population we have, we need more people to come forward and help with problems related to poverty, and help improve health care facilities and education,” he says. 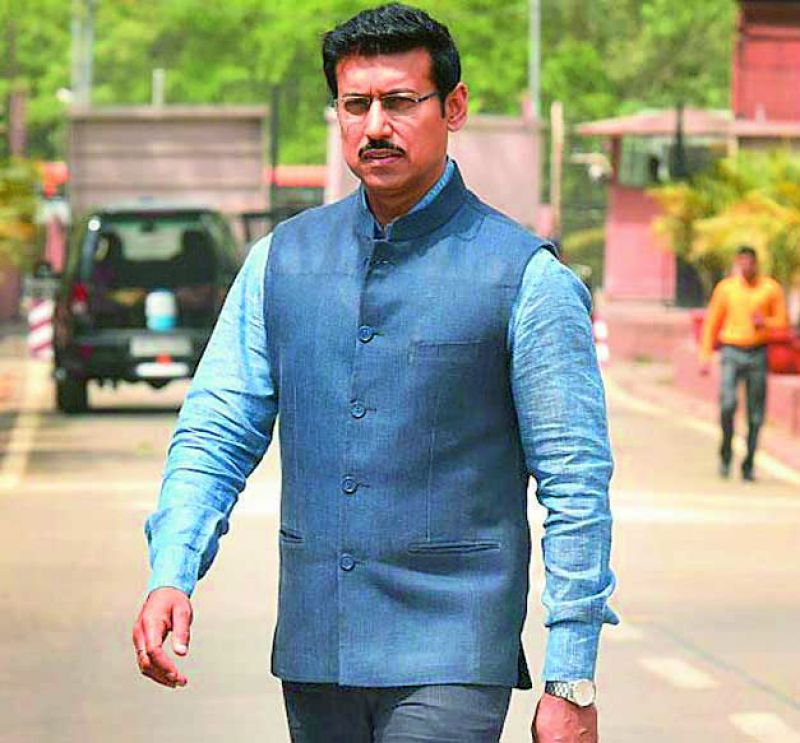 How have they fared so far?
Speaking about the success rate of the sportspersons-turned-politicians, Sumanth feels the majority of those who have contested in elections have done well so far. “I think most of them, who have joined established parties, have done well — cricketers in particular. Maybe if they had contested independently, they would have lost, but whenever they have been a part of big parties, the success rate has always been good.” 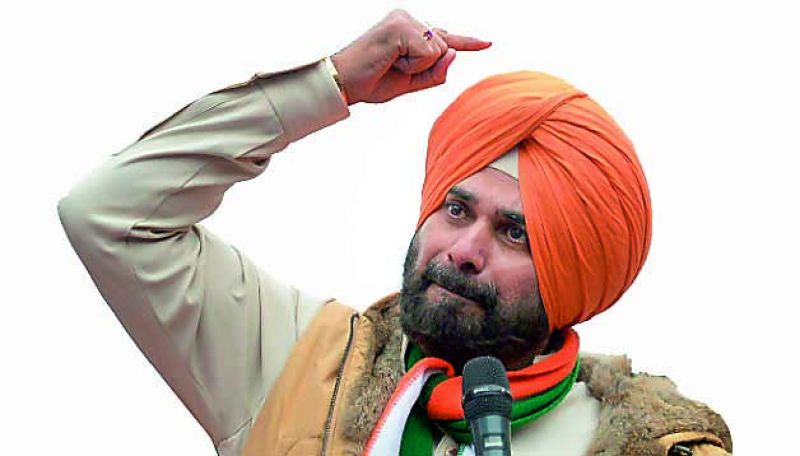 On how these personalities have fared, Sumanth states, “It’s hard to generalise. Some of them have done well, while some of them haven’t. Most notably, Sachin Tendulkar, who got nominated to the Rajya Sabha, didn’t even attend it much and that’s very disappointing. On the other hand, people like Kirti Azad have done a lot — they have been vocal and have been taking up and working for a lot of issues.”