Mary Kom, the mother of three and boxing champion who won the gold at the Asian Championships in Vietnam is jubilant about her recent success. 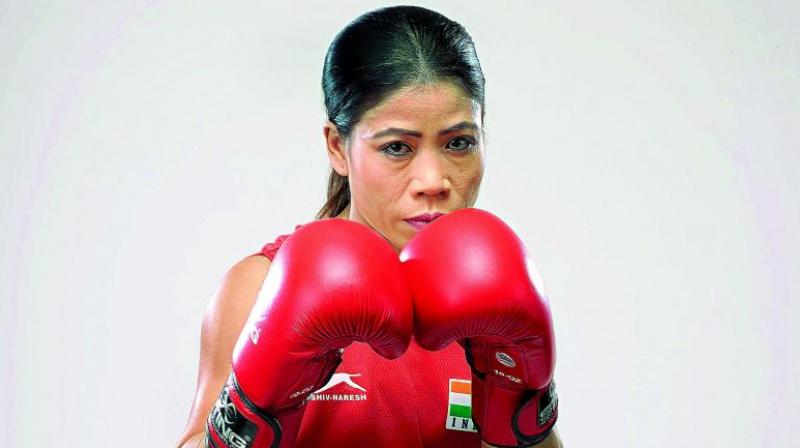 Exhausted and ecstatic in equal measure, MC Mary Kom picked up the phone after winning the Asian Championship’s women’s boxing gold (48 kg) at Ho Chi Minh City in Vietnam, last week and dialled home. Hours ago, she had won a gold medal which was very special to her. It spoke of her story of struggle and triumph given that the voices questioning her sustainability and longevity were growing thick and fast. On the other end of the phone were Mary’s twins, Rengpa and Nainai, who enquired if she had managed to buy a miniature of Thor, the latest Hollywood flick on a superhero based on a comic character. “Will you be bringing it for us?” the kids asked and Mary couldn’t help but smile. “I am getting you an Asian Championship gold medal. Will that do?” she said her eyes beaming with relief and happiness.

This and much more has been the story of Mangte Mary Kom, who is an epitome of strength, undying passion and talent. She is already 34 but her passion for boxing remains undiminished. Every time critics believe that they have seen the last of Mary Kom, she comes back with a bang. Mary Kom credits her fitness for this success. “This (the Asian Championships) is a very special medal for me. Every medal that I have won for the country is a story of my hardships and so is this. I have experience and skills and I think I need to maintain my fitness to sustain at this level. It has been three years since I won a gold and this will boost my confidence. “More so, it has come when I am also a member of the Parliament, and was dividing time between Parliament sessions and training. It was tough but I am happy my hard work paid off,” says Mary, who is now targeting the 2020 Tokyo Olympic Games.

“I want to sign off as an Olympic gold medallist,” says Mary, who clinched a bronze at the 2012 Olympics in London and is known as ‘Magnificent Mary’. Mary’s list of achievements is unparalleled. She is a five-time world championship winner with one of her medals coming two years after her twins were born, a Rajya Sabha member, a Padma Bhushan, a Padma Shri and an Arjuna awardee, a doting wife and mother of three. How does she do all that? Mary Kom laughs, “Because that is the only way I know! I am from Manipur and come from a family and conditions where life was always a struggle. I believe in hard work and never giving up. Life for me means moving ahead continuously. I know no stopping.” 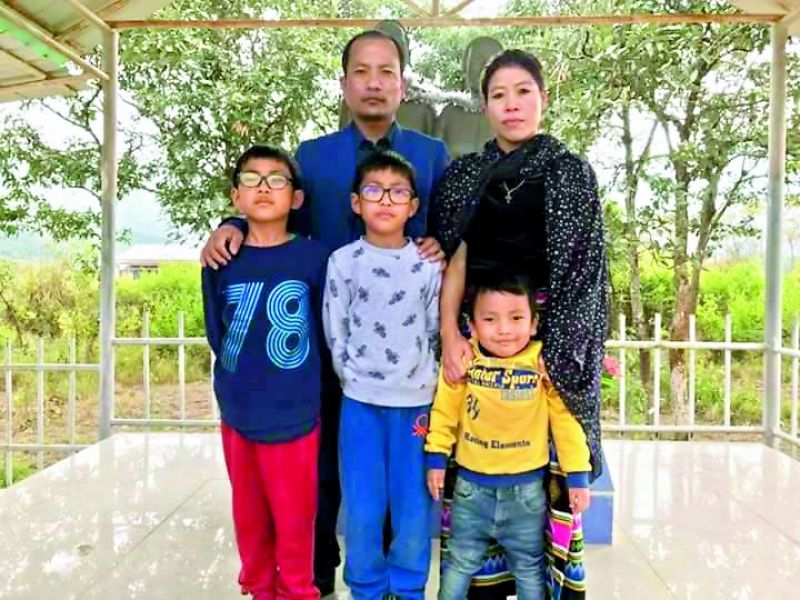 Mary and Onler with their three children

A look at her gruelling schedule prior to the Asian Championships, provides an insight into what makes her a champion boxer. Mary’s day began at 5 am. The 6 to 9 am slot was reserved for training before she quickly headed to the Parliament to attend the morning hours. Post lunch, she would take a small break and then attend the evening session in Parliament. Late evening saw her back to the ring, followed by a light dinner and answering e-mails and letters as she worked on various projects in Manipur, before calling it a day. And if that was not enough, in between, she cooked her own meals, helped the children with homework and cleaned the house!

“I cannot do without it. I send my kids to school, cook and clean the house. That has always been my schedule and it is a habit now,” she says with a smile. “Yes, I have people to help me but I just do everything on my own. I think it keeps me fit as well!” Mary says the toughest part of her journey is staying away from her children. While the twins are now aged 10, the youngest one, Prince, is only four.
“I suffer as my children are away from me when I train… it doubles up because I feel their pain too. I do not know what to say on the phone. I choke hearing their voices asking me to come back. Sometimes, they don’t eat. But when they grow up, they will be proud of me. Proud of this day when their mother chose to leave their birthdays and school events for the country. That thought keeps me fighting,” she says, adding, “All thanks to my husband Onler. It’s because of him that I am able to manage things. He has been my support throughout and takes care of almost everything.”