Age on Sunday   19 Nov 2017  It’s boring to brag about yourself, says Irrfan Khan
Age on Sunday

It’s boring to brag about yourself, says Irrfan Khan

Not one to mince words, Irrfan Khan talks about his take on autobiographies, unconventional cinema, stardom, and more. 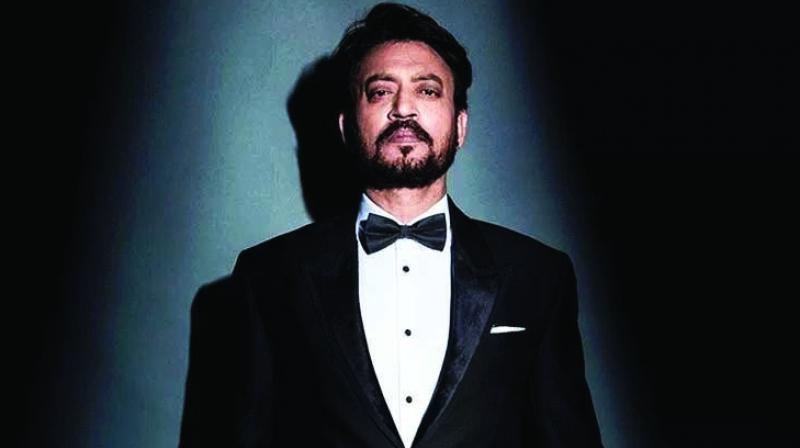 By far, one of the most convincing and bankable actors in Bollywood — and Hollywood too — Irrfan Khan doesn’t believe in taking the same road as the other Khans. With no six packs to wow his fans, Irrfan firmly believes in making content speak for him.

It’s his thirst for good cinema that’s pushed him this far in his career. From Salaam Bombay to The Namesake and The Lunchbox, Irrfan’s choice in movies has been impeccable. While one may call him a flag bearer of content-driven films, he feels that audiences are aching for a lot more these days.

The actor, who is currently enjoying his second hit of 2017, Qarib Qarib Singlle, alongside Parvathy, chats with us about his kids, fashion sense, choice of movies and more. Excerpts:

Your pairing with all your actresses makes for news. People call it unconventional…
Every girl with me seems like an odd pair. I don’t know why God has made me like this. The kind of stories I choose to tell, you cannot just have anybody; you need to have actors. That’s why The Lunchbox and Hindi Medium both took so long. It takes time to find the right girl.

Your son Babil assisted on the sets of Qarib Qarib Singlle. Do you want to launch him like other stars do?
No, they have to find their own way. It’s not a question of money; it’s a question of their own interest, and that’s the right way to go about it. You have to find your passion and start pursuing that. Everything then falls into place. When it’s time to choose, you better choose something that you will love doing.

With the big names sinking these days, do you feel the star system is fading away from Bollywood?
It won’t be right to say that the star system is fading away. It’s just that a few stars wouldn’t have done a movie that didn’t engage the audiences. However, people are demanding more content. People worship their stars, so they’re not going anywhere; I can give you this in writing. Audiences just expect their stars to do better films. Stars’ fans will always remain their fans, and they’re just waiting for good films. The only interesting thing that’s happened recently is that there’s a lot of space for content now, and that’s what the audience is hungry for.

Why do you think stories rooted in rural and semi-urban India are doing well today?
All I can say is that it’s a great change, but I hope they don’t make it a formula. Once it works, everybody uses it like a weapon. It’s a welcome change and we need to respect and embrace that.

Also, this is a great time for the industry — you have web series, alternate cinema. It’s not demanded of you that you make six-pack abs and dance around the trees. You bring your originality on to the table, and then there’s a lot of work to do.

Do you believe that the gap between conventional and unconventional movies is disappearing?
We were trying to work on a change like this for the longest time now. We kept saying that people shouldn’t watch films as art cinema or parallel cinema. I firmly believe that my movies Haasil, Maqbool and Paan Singh Tomar were always commercial movies for me. I’m here to change perceptions for myself and others as well. That’s what I’ll keep doing.

Would you like to write an autobiography like your contemporaries?
It’s so boring for me. Four years ago, people had come to me, but it’s so boring to brag about yourself — I don’t feel like doing it. If there’s someone who can write about me critically, and get the other side of me in a book, then that would be interesting. I don’t want anyone to justify me. I’ve read biographies, where the writer just happened to be there and is talking about different things. That’s not fun.

These days, you’ve been in the news for your fashion sense. Have you always been fashionable, or did you just develop this right now?
I really enjoy decking up. I used to enjoy experimenting with clothes, but I’ve only just opened up. If it’s specifically just to be a part of a film’s publicity, I don’t enjoy it. When I engage in it, something happens to me, and I enjoy exploring it even further. If I didn’t explore it, I would have been doing boring fashion. I took about four to five months of working on Qarib Qarib Singlle’s clothes.