While Jaitly pours out her heart in Life among the Scorpions, she is also very passionate about the upliftment of art and crafts in India. 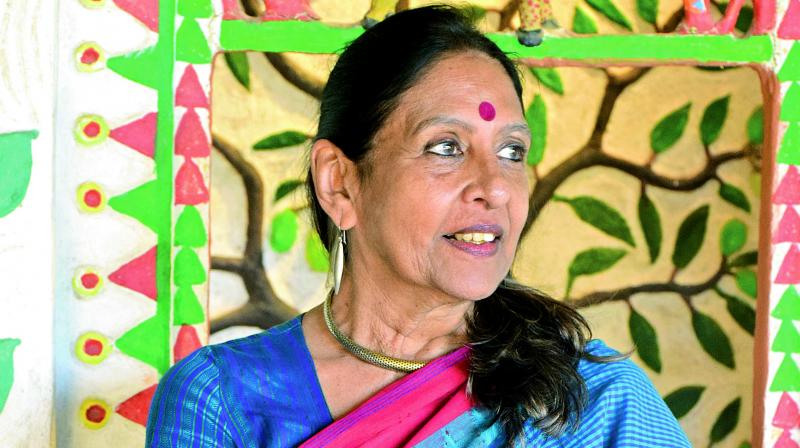 Politician, activist and crafts revivalist, Jaya Jaitly opens up about her life in politics, sting operations, relationship with George Fernandes and more in her autobiography.

A Malaysian woman locked herself up in a glass cage with 2,000 scorpions and sat in a museum where everyone could see her, and back home in India, a woman who read her story couldn’t help but feel a similar pain. Jaya Jaitly’s latest book titled Life among the Scorpions — Memoirs of a Woman in Indian Politics reiterates a similar tale. The only difference is that her cage is the Indian political sphere.

But why scorpions? “Scorpions sting and my politics was affected by the Tehelka sting. It became a popular word in the media and political lexicon. So, naturally I associated it with scorpions,” she says, adding, “When people asked the Malay woman, ‘Why did you do this?’ She said, ‘I just chose to do it and even made a friend in there whom I named Bob.’ I found it to be a very curious story and I felt like her — being stung, being watched. So all these thoughts led me to this title.”

While some have been wondering if the timing of the release of this book could affect the upcoming general assembly elections in 2019, as the book reveals secrets related to Sonia Gandhi and Nitish Kumar, and also has many bright things to say about current Prime Minister, Narendra Modi. However, Jaitly is quick to respond, “I think that’s looking for too many threads. I started the book in 2003 and I stopped it after a few chapters as I got too busy with court cases and George Fernandes was not well, so I was really busy. It just happened that the book was released now, it wasn’t planned,” she smiles and adds, “Anyway, it’s not the eve of the election.”

It is almost impossible for a politician to escape questions related to politics. But Jaitly reiterates that she doesn’t want this book to become something that focuses on politics. ”I would like the purpose of this book to primarily be that people take note of what women have to go through — not as victims but as people who demand equal rights and respect in the political sphere. When it comes to politics, you are undermined every single day, no matter where and how you have reached. We should try not to make it so hard for women in politics that it feels like you are trying to survive 2,000 scorpions in a cage.” 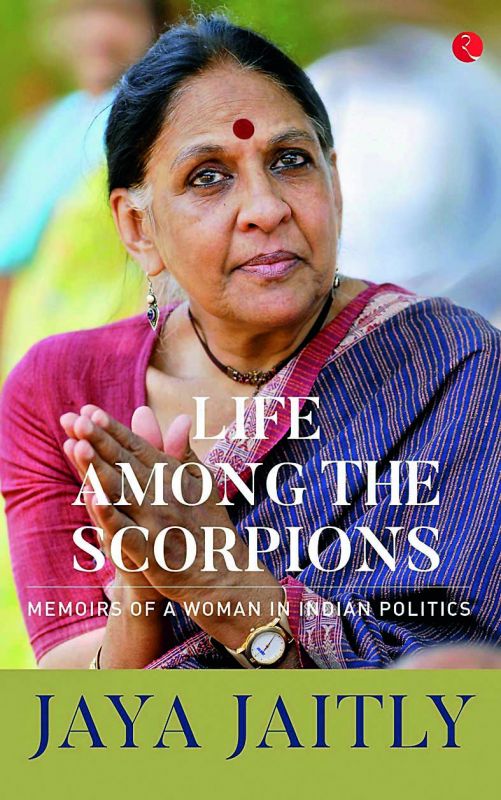 Life among the Scorpions: Memoirs of a Woman in Indian politics by Jaya Jaitly Rs 595, pp 352 Rupa Publications India

Her work might have sparked a lot of discussions and debates about the political ambitions of many, but the strongest discussion, she feels, should be related to women in politics. “From the panchayat level to parliament, there will always be women who will be seen in the shadow of men, but it is upto them to break free eventually.”

She is currently reading Hilary Clinton’s book Hard Choices. “Much of her work resonates with my own story. If another woman at a very different level from me has to face similar situations, it speaks volumes about the state of women in this field,” she reflects.

The book also sheds light on how her personal sphere was affected by her career. Being a politician and being in the public eye was like a double-edged sword as her personal life wasn’t spared the storms raging in the public sphere. Jaitly also opens up about her relationship with George Fernandes in the book and she believes it was time she revealed her side of the story. “My children are reading the book and they now understand a lot of things and why they had to happen in a certain way. There were some hard times that I had to face,” explains Jaitly.

And it obviously wasn’t an easy story to be told. “It took immense energy and time to be told. It was put on hold for years. On the day it was to be released, I felt like a dancer going on the stage for her first performance,” she laughs.

While Jaitly pours out her heart in Life among the Scorpions, she is also very passionate about the upliftment of art and crafts in India. She has written extensively about crafts in her previous books. Asked how she balances the two starkly different fields, she says, “Politics is seen as a treacherous pit and somehow, I feel that is not right. I, as a woman, feel that we can bring in a lot of compassion to this field as well.” However, when she had to make a choice between politics and crafts, she chose the latter. “I couldn’t give up on crafts as that has been my lifelong passion and I am still doing that,” she says.

Given a chance, would she follow this career path again? She states, “I wouldn’t know how else to do it and what else to do. This is who I am and politics is a huge part of what made me what I am today. However, I don’t have the energy in me to write another book of this kind. Someday I would like to write a novel,” she concludes.