Krishna Sobti’s last novel tells a moving tale about loss and despair but also about resilience and the strength of a woman’s spirit. 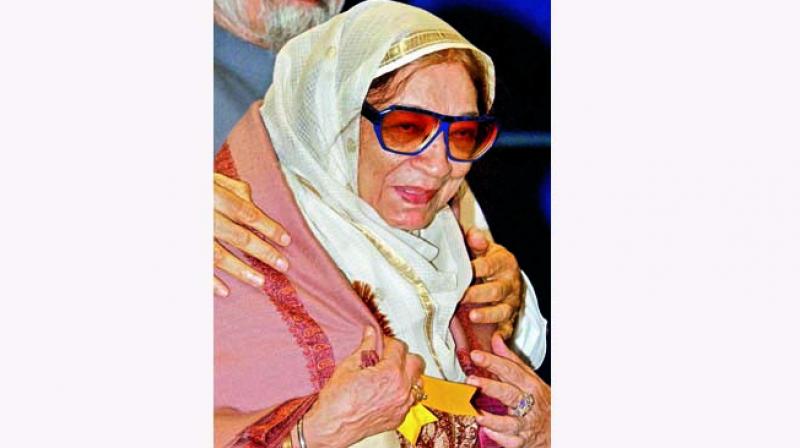 The Partition and its aftermath are topics that have been explored time and again through every creative medium available, be it film, text or photographs. Yet, every re-telling is unique, and celebrated Hindi author Krishna Sobti’s last novel A Gujarat Here, A Gujarat There (Gujarat Pakistan Se Gujarat Hindustan), translated into English by Daisy Rockwell, provides yet another lens through which this literal and metaphorical chasm can be viewed, thanks to the novel’s autobiographical quality. Described as a ‘part novel, part memoir, part feminist anthem’, A Gujarat Here, A Gujarat There takes the reader on a journey into the author’s mind where memories of lived experiences piece together a moving tale about loss and despair but also about resilience and the strength of a woman’s spirit.

A Gujarat Here, A Gujarat There begins with young Krishna — a college student studying in Lahore at the time of Partition, but with immediate family in Delhi and an ancestral home in Gujrat (also spelled as ‘Gujarat’, is a city in the Punjab province of Pakistan) — watching several of her Muslim neighbours in Delhi scramble to catch the last Pakistan Special to Lahore. Reeling from her own displacement and in an effort to put her past behind her, Krishna takes up a job in the princely state of Sirohi — an area itself in a state of flux as it is on the verge of being accessioned by the Indian Government and merged with either Gujarat or Rajasthan. Though she is initially hired to be the Director of a Montessori preschool in the kingdom, Krishna eventually ends up as the governess of the four-year-old Maharaja Tej Singh Bahadur, heir to a throne that could be shortly up for grabs. 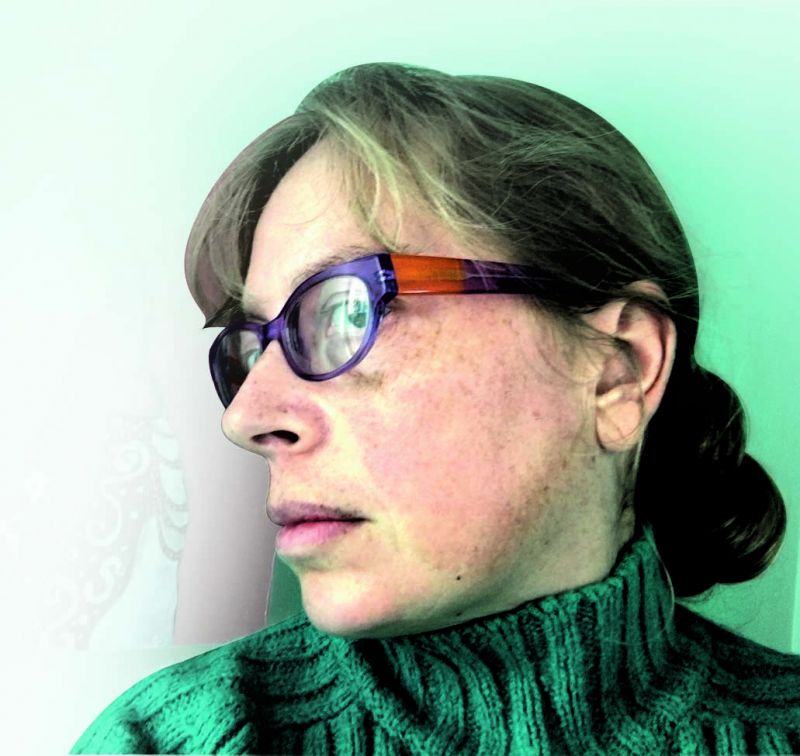 Through this slice-of-life narrative, Krishna touches upon all that the Partition brought about, other than the formation of two distinct countries. She describes the refugees, the survivors of Partition-fuelled violence as being “Defeated, all of them, with their bundles, their discoloured old trunks, their filthy dupattas, their faces – blazing with impotent rage – paralysed by a murderous hatred now cooled.” Elsewhere, she recounts how refugees couldn’t find a home in their new homeland. “She felt as though she were a part of that large crowd that went to Nehruji’s residence to beg him to find roofs to shelter them — they were done with tents and sidewalks,” she writes. Her self-aware observations also bring into focus the suspicion refugees like her were viewed with, despite being in their geographically correct homelands; “Such an expensive pen for a refugee. Where must she have got it?” asks a Sirohi official on seeing her Parker pen.

But Sobti’s story isn’t a tale of lament, because, despite the hardships brought about by the Partition, stories of friendship, hope and courage abound in the narrative. In fact, the author herself confronts her fate with her head held high and doesn’t allow herself to dwell upon her past or the loss that is part of it. A staunch feminist even in her early years, young Krishna refuses to let sexist norms govern her actions in the change-resistant Sirohi, nor does she let her reality of being a refugee stop her from chasing new dreams in a foreign homeland. It is her indomitable spirit, coupled with her ability to let herself be moulded by change that allows her to gradually embrace her new homeland. “How large our country is. Rajasthan’s borders reach out to Gujarat. Sometimes settlements and people must also be pushed across borders. A Gujarat here. A  Gujarat there,” she observes in the novel. 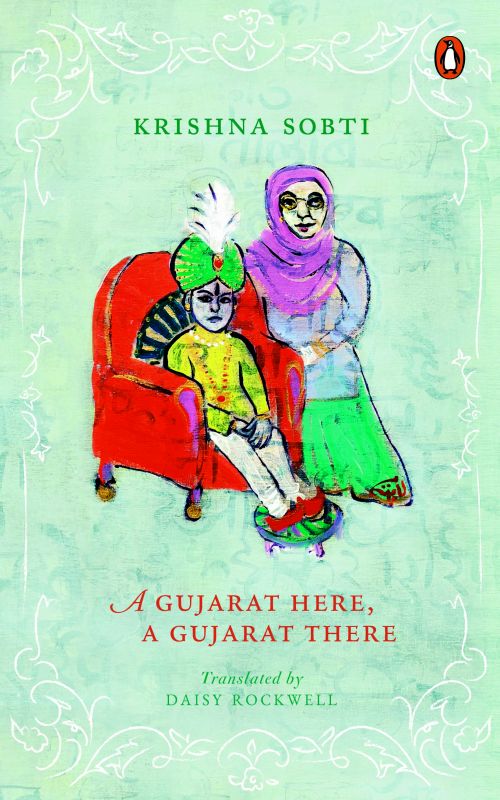 One also gets to savour Krishna’s powerful, poetic language — crisp and concise sentences that pack in more meaning and emotion than you can imagine. In the Introduction, Daisy describes Krishna’s writing as follows: “Where other authors have spilled buckets of ink writing histories and novels about Partition, Sobti attempts to use the smallest amount of ink possible, to cut the story of migrancy and violence down to the bone.” But this ‘Sobti-lect’ brought on unique challenges for the person translating the author’s work.

“Because Krishna ji wrote with such brevity, it was very tricky to find the right brevity to represent her writing in English. As with translating poetry, one has to ask oneself, ‘What is she trying to say here? What is the point of this word or phrase?’ This can take a lot of interpreting. It really pushed me way beyond my approach to translation. I definitely feel that my translation has entered a post-Sobti phase, where I understand the process quite differently than I used to,” reveals Daisy. She also says that Krishna’s text was never predictable, making it a pleasure to translate. Recalling a passage that describes Krishna’s maternal aunt Shanti’s tin refugee hut, she says, “I was struck at how she animated the house — it unfolded and Shanti Aunty was ‘encased’ in tin — like tinned sardine. And then slowly you learn about the home she left behind and the poignancy is quite painful. I was also taken up by the way she thinks about work, misogyny, and the anti-refugee sentiment, and grasps messages that lurk in minute details, like one’s clothing and shoes!”

Daisy, who is one of the most devoted translators of Hindi and Urdu literature, also got a chance to visit Krishna while she was translating the text’s Punjabi-inflected Hindi words giving shape to the author’s memories. She recalls her interactions with the author with much fondness; “Krishnaji had an amazing presence — a charismatic personality and a genuine interest in her fellow human beings. She loved to talk and she loved to hear what others had to say. Though she was quite elderly when I met her, she could spend many hours on end socialising and chatting with friends; never once showing signs of fatigue. She was also the consummate hostess. Conversation around Krishna ji was always interesting and thought-provoking. No one spoke of the weather, but most people were ready to recite poems to her at the drop of a hat, which she loved.”