Age on Sunday   20 May 2018  I will always have a reality check, says Vicky Kaushal
Age on Sunday

I will always have a reality check, says Vicky Kaushal

Despite being an industry kid, Vicky Kaushal believes in finding his own foothold and to quite an extent the actor has been successful. 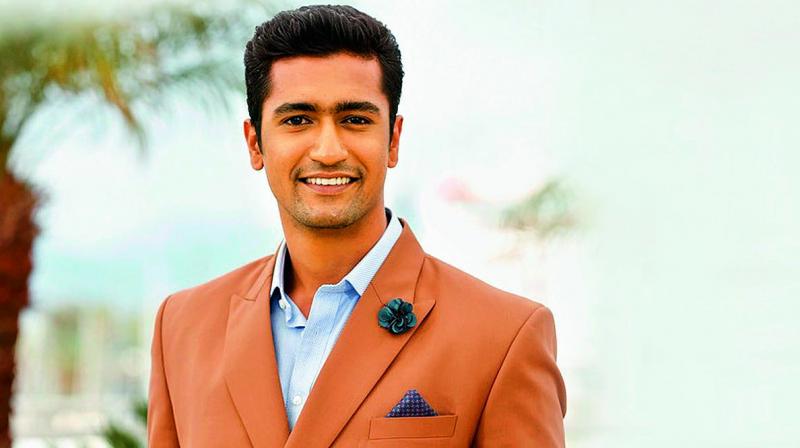 He started off with a small role in Luv Shuv Tey Chicken Khurana and went on to deliver some extraordinary performances. Be it Masaan or Raman Raghav 2.0, his every act is an indication of a rising star. And currently basking on the immense success of his latest release Raazi, the actor has proved that he is here to stay. Though an industry kid, his approach and discipline towards work shows that he is not taking his father, action director Shyam Kaushal’s name for granted.

In a candid interview, Vicky, who has some great films lined-up, speaks about his clear thoughts on his choice of films.

Meghna Gulzar is one of finest directors and considering Raazi is Alia’s film, were you insecure at some point in time?
I felt very secure as an actor when I worked with Meghna. The director is the epicenter of all the energies on the sets. She made me feel very secure. I want to be part of films where the story is the hero and this is one such film. A film is a director’s medium and you have to surrender to them.

Do you feel often being referred to as an actor coming with festival films? Does one get typecast easily?
I would want to believe that every film I do turns out to be the turning point of my career. I don’t label films or actors, and labelling means setting boundaries. Why do you want to do that to art? For me, a film is a film and I just want to be part of good stories to grow as an actor. It’s a reality that you get boxed and stereotyped, but I am not afraid of that. It’s my quest as an actor to explore different territories.

Your father is a well-known stunt master, so did that help you anyway in bagging a film?
He (his father) was clear that he’d be a father and not an action director for me in the industry. He said the camera is very brutal and there is no escape. So it has helped me in a different way. I will always have a reality check, a real picture of what I am doing. I was never delusional when I said I want to become an actor. I wasn’t blinded by gloss and glam of the industry, which happens with people who come from the interiors of the country. I knew the kind of sacrifice the industry demands, sincerity, hard work and the love for the job.

Having said that you have a bouncing board and a roof so at least you don’t have to do films for survival.
The advantage is I have the luxury to choose because I am staying with my family. So, I have that luxury of not worrying about paying the bills. Survival for outsiders is painful because their ambition and goal take a back seat.

This bouncing board brings an added pressure as opposed to the people living on their own, as my excellence has to go beyond that. My father says you have to take advantage of this bouncing board and not take it for granted.

Are you happy with the kind of scripts coming your way?
I feel blessed with the kind of roles that are coming my way, they are varied. And it’s a misconception that I am getting stereotyped, whereas I am not. I am actually pleasantly surprised as it is something better than what I even had asked for. I am glad they are considering me for such varied roles. I want to give my best.

Ironically, despite being an action director’s son we haven’t seen you doing full-fledged action scenes?
My next film Uri is my first out and out action film for which my military training is going on. It’s all me and not a body double. I have to build up a bit so I am gaining weight. I was 77 and now I am 86, I have to touch 92. I am training five hours a day.

How was it shooting for Manmarziyaan with Abhishek Bachchan?
We just wrapped Manmarziyaan. It’s a love triangle romantic drama where I got to play a high energy Punjabi character. I was scared of playing that but it was a blast shooting for it. Abhishek Bachchan is senior, I have enjoyed watching his work. He is a beautiful soul and compassionate about his work. In fact, he is a big foodie and we had a great time together.