Age on Sunday   20 Jun 2020  Would you wanna live in Kohli Colony, Dhoni Street?
Age on Sunday 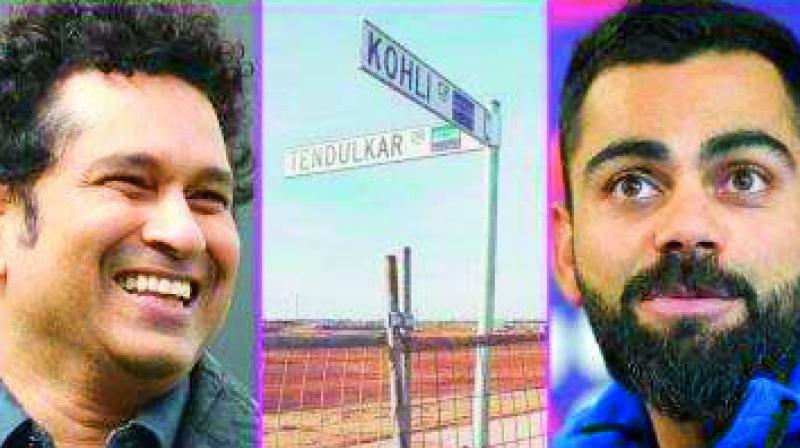 The popularity of cricket and its players seems to be showing up in an unusual manner in Australia, in real estate.

An upcoming housing estate in Melbourne’s western suburb of Rockbank has named all its streets after cricket legends from around the world, such as Virat Kohli and Sachin Tendulkar.

What’s more, according to Elissa Hayes, the marketing manager at Resi Ventures, the residential development company in Australia, which is into this venture, Kohli Street in Melbourne is becoming expensive.

Speaking exclusively to DC, Elissa says, “Kohli Crescent and the streets that overlook the future 50,000 sq. m. wetlands are the most expensive as they are larger land lots and people are building large expensive houses on them to take advantage of the wetlands outlook.”

Resi Ventures chose to name the streets after world cricketers for a couple of reasons, but most importantly because Khurram Saeed, one of the directors of the company, is a hard-core cricketer himself.

“Enquiries definitely increased as the estate got visibility in the newspapers. Additionally, Channel 10 also ran a story on it. We had over 30 purchasers sleeping in the sales office back in August 2017 when we first launched the estate, wanting to be the first few to purchase land,” Elissa adds.

Elissa opens up to us about the procedure of choosing cricketers’ names for the streets. “There is a range of well-known cricketers from various countries. We submit the names to the Melton City Council for approval, and the council then lets you know which names they have approved,” she tells us.

“For example, for Accolade, we submitted over sixty names, but many names were not approved. We wanted to name one of the streets after the great Don Bradman, but the council informed us that there was already a street named after the great man, and therefore our request was rejected.”

Another name the council rejected was Brian Lara.

However, the real-estate company has no qualms about the rejections, as there are more streets that need names and plenty of names to choose from. Kapil Dev, one of the all-time greats has a street right next to Imran Khan two of the best all-rounders the world has seen, right next to each other.

“In future stages, we will allow our nearly 1,000 strong Accolade Community members to name the streets. We would love to see streets named after the Sri Lankan greats such as Sangakara and Jayasuriya, too,” Elissa chipped in.