However, this is only half the battle won for the ‘green hero’, whose humility prevents him from even accepting the tag. 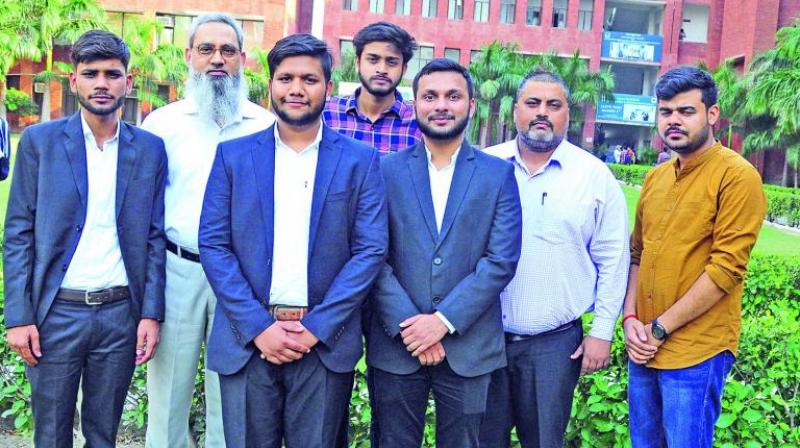 One moment, you are a fourth-year law college student, and the next, you are the one whose petition stopped the further felling of trees in Mumbai’s Aarey Colony. Rishav Ranjan, accompanied by a seven-member student delegation, recently filed a letter-cum-petition to Ranjan Gogoi, the Chief Justice of India. It was this very document that prompted the CJI to intervene within half a day by taking suo moto cognizance of the matter, which saved a few dozen trees from being uprooted to create a Metro car shed. What strikes the most is how a 21-year-old college student came out of nowhere — that too from an institution in Greater Noida, a thousand miles away from ground zero — and made a concrete impact, even while many activists, Bollywood celebrities, and citizens of Mumbai, were present at the location to prevent the lungs of the city from being destroyed.

One wonders, how did this riveting chain of events, which led to the birth of an overnight sensation — a green hero — transpire? It evokes the memory of Olga Tellis’ endeavour more than thirty years ago, which resulted in a Supreme Court ruling that made it necessary for authorities to ensure alternative accommodation for slum dwellers in case their shantytowns were demolished. So, we had to get in touch with Rishav and find out more about his efforts and the person he is.

“Initially, my friends were involved in the movement. When the judgment came from the High Court of Bombay that dismissed the petitions (against the felling of trees), I was informed about it. Then, some local people informed us that the municipal authority has started chopping off the trees. So, our team went there and started a peaceful vigil. They were detained at night and arrested in the morning. Before they were arrested, Kapil (a part of his team) told me to seek legal options in the honourable Supreme Court,” reveals Rishav.

This led him into a whirlwind of research, until he realised that the Supreme Court exercised a special jurisdiction, which simply requires a letter to prod the court to take suo-moto cognizance without getting into the technicalities. A bit of office-office ensued, with Rishav heading from one person to another, until the CJI finally received the letter.

But one cannot discount the power of his words. On that, the law student reveals, “All the arguments were prepared based on the facts only, which I was well aware of as my team was at Aarey.” This way, a monopoly on accurate information became his biggest strength.

But, still, he couldn’t have possibly expected things to turn out this way. He says, “I was at my hometown for Durga Puja. Then, I got the news that my friends had been detained so I asked my father and booked a ticket to Delhi. I drafted the letter on the train.” He is extremely delighted and thankful to the Supreme Court on the swiftness with which the matter was addressed.

However, this is only half the battle won for the ‘green hero’, whose humility prevents him from even accepting the tag. He says, “See, mine was a very secondary effort. Various activists, environmentalists, and naturalists have been acting very seriously and constructively on the issue. I was only involved with all these liberties and actions. I’m not a green hero, I’ve just pressed over the efforts of those primary activist citizens on whose call this issue was raised.” He adds that he’s still figuring things out, and happens to just be a regular college student.

The battle ahead is the real one. Rishav continues, “The Supreme Court has given the order to maintain the status quo with respect to the clearing of trees. But, it shouldn’t be restricted to the words that have been used; we should look into the soul and spirit of the order, which is to maintain the status quo until the court decides further on it. But the construction still continues.” So, now, he and the student delegation with tackle this, and all issues that crop up along the way. “It’s high time. We’ll fight for it. Everyone is talking about the climate crisis.”

It is certainly a fight, but the law student holds that “Let it be known that we are pro-public transport, pro-Metro, and pro-development students. We want the project to go ahead as soon as possible, but there are other locations and they can look into those. They can redraft their plans. We’re not anti-development.”

This may have been the first such letter Rishav wrote, but he isn’t alien to activism. Associated with an organisation called Youth for Swaraj, he’s been, “Involved with a farmer’s movement. And, I’m involved with Yuva Halla Bol, a platform that works on paper leaks and systematic irregularities in examination and recruitment systems. I’m interested in using law as an instrument for change.”

Ranjan happens to be a regular kid from Jamshedpur, whose father works with Tata Motors and its ancillary companies. “In school, I used to act in nukkad nataks (plays) and I’m a trained tabla player. I also learned music in school.” Like all good things, his decision to study law was a romantic one. “I was very silly some years ago. I saw powerful people and freedom fighters being lawyers and I thought, law kar lete hai (let’s go for law). I didn’t know there would be so many details and technicalities.” As a law student, he’d like to continue his litigation work, but, he reveals, “I’m interested in constitutional law, media laws, and related matters.”

The young law student has received immense support at every juncture. Whether his parents or the Director and Deputy Director of Lloyd Law College, where he studies, or the seven-member student delegation who were there to support him in court, he is grateful to the people who were united with him in the cause. After all, one is nothing without their support system — not even a pathbreaker.