From Alia Bhatt to Nicole Kidman, not to forget PM Modi, more people are realising the benefits of intermittent fasting… 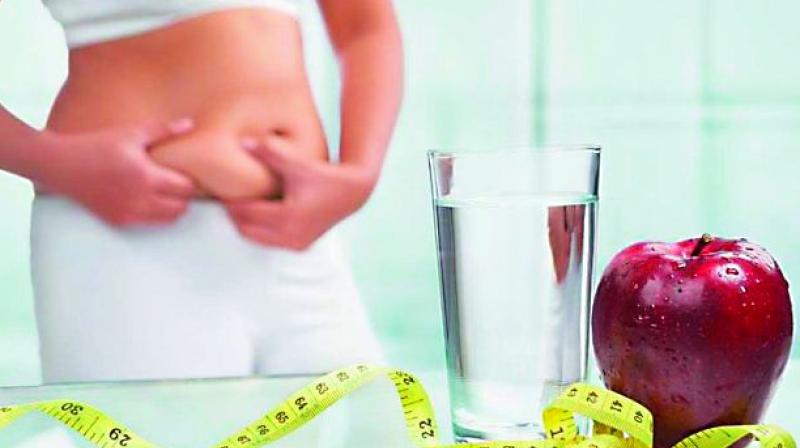 From privé rendezvous to public discourses, a new form of diet trend is sweeping across the world for the health conscious — intermittent fasting or part-time fasting. And if you are looking at knocking down those killer pounds then “Intermittent Fasting” (also known as “IF”) has become the go-to mantra.

For those of us who are on a perennial diet, trying to lose weight or just keep those ugly pounds at bay, intermittent fasting seems like a good option. It’s not easy but if you’ve have tried it out, it is not that difficult either. In India, where many people are already exposed to the concept of fasting as a religious ritual — down on your knees, and thank heaven, fasting, for a good man’s love — this is really not such a big deal!

So what exactly is Intermittent Fasting? Dr Harald Stossier, founder of VIVAMAYR explains that this is one of the methods of fasting, which was scientifically proved and demonstrated. “Most of the research was tested on animals, mainly rats and it was demonstrated that, if rats have an intermittent fasting of 24 hours, then they have less tumours or cancer. Also, the weight compared with a group of animals, which have eaten as much as they want, was reduced. It was also demonstrated on animals, that the life span after surgeries could be extended and the rehabilitation period reduced. Of course, there have also been signs that diabetes and other lifestyle diseases could be reduced or the animals protected from that,” Stossier explains.

General physician Amitabh Shrivastava says that IF works by restricting eating hours. “Reduction of calorie intake does not play any major role it in.

It aids the body to switch from burning glycogen to burning fat stored during fasting. It safely and effectively helps in weight loss and improves blood sugar. Intermittent fasting done while following the correct time periods allotted for eating and fasting is a healthy practice however one should eat healthy high-quality food and consume required amount of calories while fasting.”

Dr Akhila Ravikumar, physician from Chennai opines that the Leangains diet makes the body utilise the fat stored through ketosis. Even during the eating cycle, the emphasis is on lower carbohydrate intake so that a person can enter ketosis faster. Ketosis is the state of using fat as fuel rather than glucose. From a purely physiological point of view, since the fuel during ketosis is stored as triglyceride, which also has a glucose backbone, organs such as kidneys that need glucose to function is not affected, and the glucose also helps to maintain the blood sugar levels. “If this 16:8 diet is practiced on a daily basis, yes, weight loss occurs. In the longterm, intermittent fasting clubbed with exercise routines can make for a healthy body,” Sr Akhila says.

Smitha Murthy, co-founder, Trippin Traveller & director, Life Wordsmith Content Services first heard of IF almost seven years ago.  “At that time, IF wasn’t as big as it is now. I started it mainly to curb myself of unhealthy eating habits and develop will-power. We become slaves to our food and stop eating mindfully. I wanted to see if intermittent fasting will allow my body to naturally feel hunger and crave food rather than eating simply because it's the time to eat,” she states.

Dr Amitabh however points out that eating healthy during intermittent fasting is imperative. “People should avoid junk food and processed carbohydrates to achieve desired results in a healthy way.  Vegetarians can opt for fibre rich foods including green leafy vegetables, brown rice, cottage cheese and having banana or apple as dessert and for non-vegetarian the main stay of the food should be proteins like chicken, eggs or fish, black beans, chana etc,” he adds.

Nidhi Taparia, CEO of a Pune-based digital marketing firm shares her experience after gaining 15 kg during her pregnancy. “There was a  lot of stubborn belly fat. My self esteem was taking a beating. Not to miss the energy levels which were abysmal and the mood swings. I spoke to my homeopath Dr Manjiri Rao who recommended instead of skipping meals I try a version of IF. Which is that I skip cooked breakfast and eat only fruit/nuts for breakfast. She also told me to skip gluten and to include soup and millets in my meals. She recommended that I do this diet along with yoga but I had some back spasms so I discontinued my Yoga. I need less sleep as the quality of sleep is better.

“I feel more energetic. I can manage with less food, less tea/coffee and less sleep. My cravings are much less. For me this is a lifestyle change!”

A recent report in NYT maintains that intermittent fasting improved such disease indicators as insulin resistance, blood fat abnormalities, high blood pressure and inflammation, even independently of weight loss. Fasting is the best way to extend the life span in any form. “The most important thing is that in a lot of different scientific research on animals it was demonstrated, if you feed animals with fewer calories, they live up to 50 per cent longer. So by fasting you can reduce the ageing process and you can also avoid premature ageing,” says Dr Stossier.

Dr Akila points out that our bodies are capable of adjusting themselves to cycles of eating/fasting. “However, people who suffer from diabetes, heart conditions and other medical issues should always consult their doctors first. Age is not a determining factor. Caregivers of the elderly should be careful in ensuring that minerals and other vitamin levels are being maintained,” she adds.

Smitha cautions against the negative impact that IF can have on the body if not followed right. “You can harm yourself on IF because if you approach this under the assumption that because you have fasted the previous day, you can eat whatever you want, then you are negating the effects and might actually gain weight or fat. Mentally, I feel it’s the most impact as I feel more focused on the days I am fasting and feel more energetic as well,” she says.

In Psychology Today, Michael J Breaus, PhD, DABSM, points out the co-relation between sleeping and eating — the two fundamental processes are deeply entwined. He points out that that fasting may help elevate mood, and decrease inflammation — all conditions to which improvements will also benefit sleep. Shradha Hirjee defines herself as a gym rat and a marathoner. “It kept my asthma in control. But intermittent fasting cured it. No breakfast... I do IF for about 12-14 hours per day easily, without even noticing it. And I eat cooked food at dinner. I was attack free in less than two months and off all medicines. I am nudging 50 and am free of all medicines and no disease. No gymming now... just some will power to do fasting. Fasting and raw vegan food also reduces the number of hours of sleep because the body doesn’t need energy to digest food anymore so therefore it doesn’t tire out so much.”

Piali Dasgupta, VP Marketing, Columbia Pacific Communities has been following the 16:8 diet from December 2019. Piali had gained weight despite working out six days a week. “I was chatting with a close friend and an ex-colleague in Bengaluru, who advised me to focus on my diet, and not just about what I ate but when I ate it.  He told me about the Nobel Prize winning circadian diet which suggests that your body shuts down with the setting sun and therefore you should eat the last meal of the day before sunset. I decided to give it a shot after I read up enough about it and watched YouTube videos on its benefits. I have lost two kg very slowly. It’s not really been a radical change, unlike what YouTube videos tell you. It could well be my metabolism not being that great and slowing down. But my weight loss has not been as much as I would have liked it to be,” she reveals.

It does appear like metabolism also plays a significant role in weight loss because the average loss does appear to be like 2 kg in a couple of months. Fashion consultant Tanya Eldred Bhatt has also lost 2 kg by following the 16:8 diet five days a week which also includes 45 minutes of brisk walking. But there is a downside. “Sometimes, I get a bit grumpy when I am hungry but I do feel lighter,” she confesses.

Concurs Piali, “I do feel lighter but other than that, I wouldn’t say it has had a tremendous impact on my physical and emotional health.” The duration of IF is subjected to the goals a person wants to achieve and the kind of IF regimen they have undertaken. “For example if weight-loss is the goal, it can be continued till the desired weight is achieved, given same has been discussed and approved by certified doctor/dietitian. In order to have an easy transition post IF and maintain the results one should stick to whole foods, high protein diet and healthy carbohydrates. It is also recommended to avoid eating 1-2 hours before bed,” concludes Dr Amitabh.

(With inputs from Ruth Prarthana and Vishwaveer Singh)