The most recommended of the lot was a town 120-kilometre away from Tokyo called Nikko in the Tochigi Prefecture. 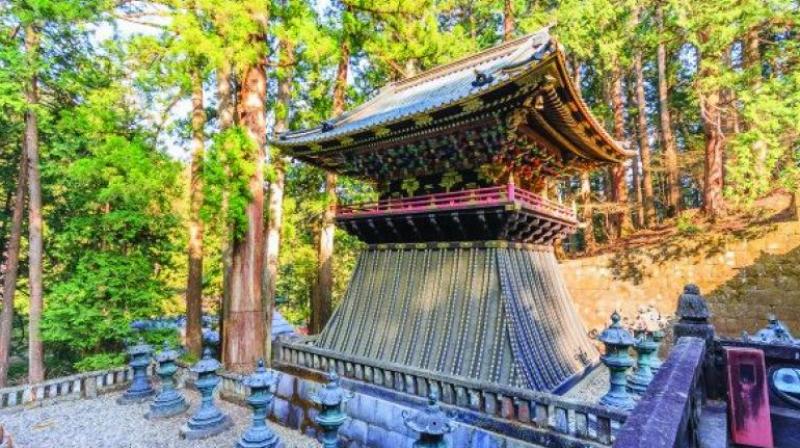 As someone obsessed with Japanese food and culture, my maiden trip to the country was rather important. While spending my time at the Izayakas (Japanese taverns) in Tokyo and sampling those indulgent desserts featured on the top of my list, I also wanted to explore some of the smaller towns around. The most recommended of the lot was a town 120-kilometre away from Tokyo called Nikko in the Tochigi Prefecture.

To get there, I had to ditch the famous bullet trains of Japan and hop on to an old-school train with red benches and big windows. It was an instant change in pace. From glitz and glamour of the capital city, the scenery changed to large mansions on the outskirts of the city, followed by Yuzu plantations by train tracks, clear water streams and striking autumn foliage. As the train approached our final stop Kinugawa-Onsen Station, the parallel roads got narrower and quieter. The look and feel of the town instantly transported me into a sepia-toned Japanese movie. The locals here have a saying that goes ‘Don’t say perfect until you have seen the natural beauty of Nikko’. And it sure stands true. Nikko is best known for its natural beauty and cultural significance. From the 8th century Buddhist Shrines, hot water baths to a steam engine, most of the city will take you to 17th century Japan’s Edo era.

When I reached the Kinugawa-Onsen Station, little did I know that we would be treated by a loud whistle from a good ol’ steam locomotive! Taiju — the steam engine is Nikko’s pride possession that pays homage to the time when the region was called the ‘kingdoms of steam locomotives”, as it operated up to 85 steam locomotives. You can take a joy ride on Taiju between Shimoimaichi Station and Kinugawa Onsen Station on Kinugawa Line.

Where it all began

According to the legends, the first Buddhist priest attempted to climb the Holy Mountain in Nikko called Nantai. River Daiya crossed his path and thus the priest stood there praying to the river god. After a few months, the god raised a giant snake that formed the bridge. Today that bridge is called Shinkyo Bridge which is also considered a gateway to the shrines in Nikko.

This red bridge has been a heritage site since 1999. As you make way through the winding roads, the Shinkyo Bridge stands tall to make a statement. With clear water flowing from underneath, and nature in its full glory, this is a sight extremely surreal. One must buy an entry pass to cross the bridge and enter the temple complex to visit the Toshogu Shrine that was built in 1617. This UNESCO heritage site was built by 4,54,000 artisans in just about 18 months. The premise also sports a 118 feet five-story pagoda called Go-juu-no-toh. The highlight of the tower is the fact that is built to resist the frequent earthquakes that the country faces.

From the Shinkyo Bridge to the temple complex, hike through the forest and if you are up for some fun, then buy a Kimono from the shop close by and get a ride of a hand-pulled buggy. Your rider will also stop by and tell you about the other monuments in the area. You will spot the Rinnoji Temple Complex, Kaizando (Sacred Hall for the Founder of the Temple), Takino-o Shrine, Futarasan Shrine - Honden, Rinnoji Shrine - Taiyuin Temple. The natural beauty and the zen-like atmosphere will fill you up with positivity. To understand the Japanese culture, I decided to make a trip to the Edo Wonderland at Nikko. This theme park has recreated the society during the Edo Period (1603-1868). The architecture of the park will tell you all about the life of the local Japanese back then. The staff here also dresses up in their traditional outfits and helps you get a glimpse into their day-to-day life. The village is divided into five main sections called Kaido (Road to Edo), Shukuba-machi (Inn Town), Shokagai (Market Distric
t), Buke-yashiki (Samurai Residence), and Ninja no Sato (Ninja Village). The village is big enough for you to shop, eat and relax for an entire day.

When booking a place to stay at Nikko, I highly recommend looking for a resort with a private onsen on the property. Onsen is a natural hot water bath and Nikko’s northern town Okunikko is known to be a spa town because of its Yumoto Onsen. Our Ryokan (a Japanese style inn) had an outdoor onsen by the foot of the mountain. So while the water was steaming hot, there was a nip in the air from the autumn breeze. To sit inside an onsen, one must follow a list of rules; the most important was to enter the bath naked, something that can be intimidating to many. But ask those who have been inside an onsen and they will tell you to get over the fear and jump in as this experience is relaxing and liberating!

Being a small town, you will find only a few places to dine at, that too by the Kinugawa Onsen Station. But they too shut down as dinner time approaches, so best is to pack a bento box to eat for dinner or let your resort know about it in advance. When in Nikko, one must try their special Soba noodles, Maitake Mushrooms, Nikko-yuba (tofu skin) and fresh grilled fish. But what you can’t leave the town without trying is the unique dessert called Manju. It is made from sweet azuki bean paste containing both mashed and whole beans, which are wrapped in flour dough and steamed with the onsen water. If you appreciate beer, then keep a lookout for onsen beers that are available here.