Women are not property of men

Woman world over was deemed to be a ‘responsibility’ of the men. But SC unshackled them with a series of progressive verdicts in 2018. 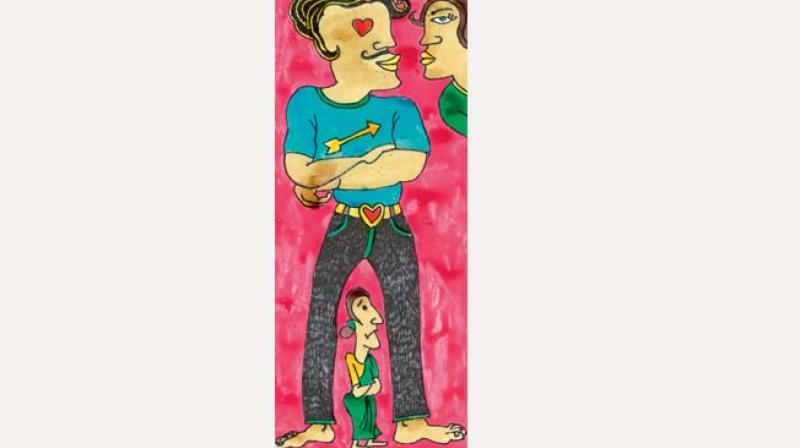 The Supreme Court has PRONOUNCED several epochal judgements that seek to do justice to women by ending age old inequality. (Illustration: Prashant Hirlekar)

Man is, or should be, woman’s protector and defender. The natural and proper timidity and delicacy which belongs to the female sex evidently unfits it for many of the occupations of civil life. The paramount destiny and mission of woman are to fulfil the noble and benign offices of wife and mother. This is the law of the Creator. That woman’s physical structure and the performance of maternal functions place her at a disadvantage in the struggle for subsistence is obvious. Differentiated by these matters from the other sex, she is properly placed in a class by herself.”

Are these quotes from arcane religious texts? They are not. They are from Bradwell-Vs-Illnois (1873) and Muller -Vs - Oregon (1908) judgements of Supreme Court of the United States. And remember the US is the oldest democracy — since 1776 — and leader of the free world with liberal values. Truth to tell, women in the US did not get their voting rights till 1920.

Women in India got their right to vote in 1950, when the Constitution was adopted. Empowerment of women is a work in progress. It continues to be a struggle, but we are chipping away, even if slowly, yet surely and 2018 was a significant year in which women were recognised as entities on their own right. More significantly, the view that the woman is a property of the husband, as generally perceived in dealing with Section 497 of the Indian Penal Code (IPC), was struck down and women liberated from being chattel. “A time has come when the society must realise that a woman is equal to a man in every field,” the top court said.

Epochal judgements have tumbled out of the top court as if from an assembly line. Decisions concerning women and empowering them began with Shayara Bano in the Triple Talaq case in August 2017, when the Constitution Bench consigned the pernicious divorce practice to history. The Centre, bowing to the Supreme Court, has promulgated an Ordinance which awaits parliamentary approval. The year 2018 has been an even more of a landmark one for transformative decisions.

First of them was the one in the Navtej Singh Johar case, where the court acceded to a Curative petition, the “latest” route in the litigation chain. It referred to the court’s decision on Section 377 of the IPC on same-sex relationships.

After the verdict in the Aadhaar legislation case, it was a given that Section 377 would go. And it went, with rainbow colours splashing all across the nation. What the politicians would not touch with a bargepole for fear of voter backlash (although misguided), the Supreme Court embraced with alacrity and boldness. That is why judiciary gets the pride of place among the respected institutions in India.

The challenge to Section 497 of the IPC — the offence of adultery was the next. The root for this challenge began way back in Yusuf Abdul Aziz case (1954) when a husband, accused of adultery, challenged the provision as unconstitutional since it was “discriminatory” vis-a-vis women as a sex.

The Supreme Court thwarted the effort, holding that under Article 15(3) Indian Parliament was empowered to make “special provisions” for women as a precept and practice of affirmative action and hence the treatment of women as “victim” and not as “criminal or abettor” was protected.

The next foray in the Supreme Court was in the Soumitra Vishnu case (1985) where it was contended that while the husband could sue the adulterer, the wife could not sue the woman who had an affair with her husband. Section 497, however, virtually provided a licence to men to indulge in “romantic paternalism” in relationships with unmarried women. The provision was accused of being in flagrant violation of law constituting gender discrimination, legislative despotism and male chauvinism. Despite persuasive arguments on the “societal changes and transformative development in the role of women”, the apex court declined to interfere holding that “it was for legislature to take note of the transformation in the society” while observing that “it is a matter of common knowledge that it was man who is the seducer and not the woman”.

Yet again in the case of V. Revathi (1988), the top court chose to hold that “the law permits neither the husband of the offending wife to prosecute his wife nor does the law permit the wife to prosecute the offending husband for being disloyal to her.” And hence it was not gender discriminatory at all. How-ever, in the case of W. Kalyani (2012), the Supreme Court opened a window: “The provision is currently under criticism from certain quarters for showing a strong gender bias for it makes the position of a married woman almost as a property of her husband.”

It all happened when notice was ordered with these pregnant words that treating the woman as victim “tantamounts to subordination of a woman where the Constitution confers equal status. A time has come when the society must realise that a woman is equal to a man in every field. This provision, prima facie, appears to be quite archaic. When the society progresses and the rights are conferred, the new generation of thoughts spring.”

In a rather bold turnabout, the 5-Judge Bench noted, “Considering the manner in which we intend to deal with the matter, it is not necessary to refer to a larger Bench”. The judges chose to release themselves from the bondage of precedents by construing the Constitution as a “living and organic being” taking “form and shape” in line with the “times we live in” and holding that “despite conferring many a right on women within the parameters of progressive jurisprudence and expansive constitutional vision, the court cannot conceive of women still being treated as a property of men”. The cultural construct of “women as chattel” and “quiescent companion of men” now long lost, opened the doorway to the judges to bring down the provision.

The “transformation” is in the “perspective” and the “outlook” of the judges, based on changing mores and values. In the 64-year history to challenging Section 497, the language of the provision never changed. The grievances raised did not. What changed is the “value system” by sheer efflux of time. Conclusion: The Constitution is a living document into which the courts can breathe transformative changes in the march of time.

The most discussed, debated, and delineated verdict among them all has been the Indian Young Lawyers Association-Sabarimala case. It too was a five-judge Bench verdict, but with all four of the men judges speaking out for women and the lone woman Justice Indu Malhotra dissenting. The entire case was put up before the Supreme Court as a case of “discriminating women as a class” by not permitting those in the age group of 10 to 55 from entering the Sabarimala Shrine.

It was easy pickings for the majority to conclude that Ayyappa bhakts did not form a “denomination”.  And, it is the dissenting verdict that has come to occupy centre stage, in the aftermath.

Genuine devotees are not comfortable with the transgression into religious practices of time immemorial and at the instance of petitioners who were surely not devotees. The battle was won but the war is on, as the SC has ordered hearing of review petitions in public court from January 22, 2019. Indu Mal-hotra’s dissent is as yet not a lost cause. It has the power and public support to see the judges change their minds. Result is not cast in stone, for sure.

The Supreme Court is 68 years old. Every step of the way, the “conservatism” in the outlook while handing down verdicts has yielded to “liberal” prisms. While it took 192 years for the first woman Justice to adorn SCOTUS in Sandra Day O’Conor, 2018 saw three women Justices in R. Banumathi, Indu Malhotra and Indira Banerjee adorn ours, for the first time ever. No matter what, 2018 will go down as a seminal year in assertion of women power and LGBTQ rights.

(The writer is a practising advocate in the Madras High Court. He has been a bold chronicler of verdicts passed in the supreme Court and a commentator on legal affairs)