On the spice trail

Le Jardin du Roi, which literally translates as the Garden of the King, is set atop a hill in Mahé. 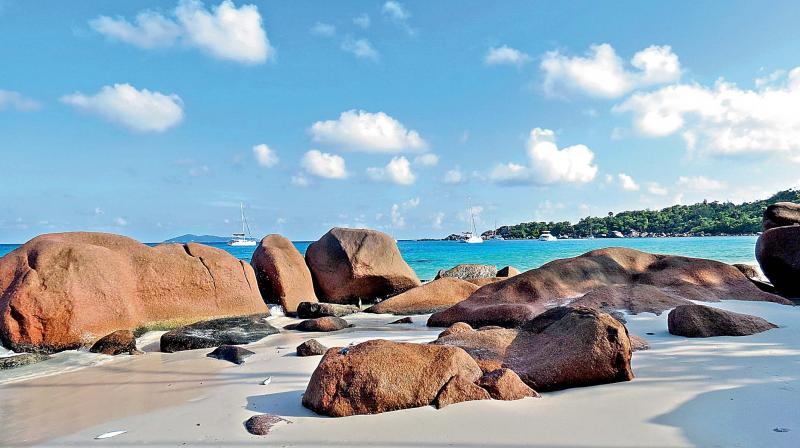 Relive a piece of history while walking through Le Jardin du Roi in Seychelles.

How would you spend an afternoon in Seychelles? You could plunge into the big blue to swim alongside colourful anemone, come across bright pink corals, or even dive right into a shipwreck. Or you could go trek through the Vallee de Mai, a Unesco heritage site and learn about the endangered coco-de-mer, which grows here in abundance. One look at the large nut and you’ll know exactly why it’s called the “love nut” (its shape may remind you of the female form). You could also walk through the bustling Victoria Market where you’ll come across everything from the largest barracuda you ever laid eyes on, home-made pickles, handwoven baskets, printed sarongs and more. Or if you’re a history buff like me, you can step right into Seychelles’ dramatic past as you stroll through a garden full of fragrant spices and potent herbs. 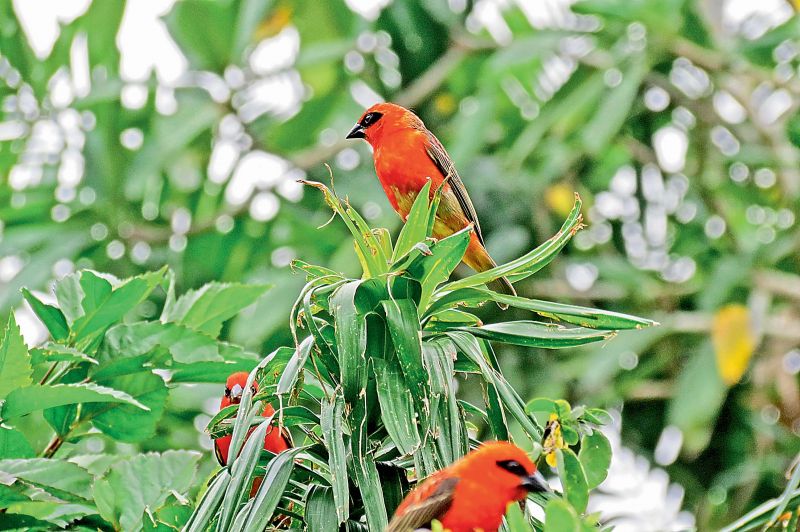 Le Jardin du Roi, which literally translates as the Garden of the King, is set atop a hill in Mahé, the largest of the 115 islands that make up Seychelles’ archipelago. As I walk in, the sweet scent of vanilla and the musky aroma of cinnamon hit me. I can smell the frangipani before I spot the delicate yellow centre melting into the white petals. As I admire a red fody flitting from one branch to another, a local, Antoine, strikes up a conversation with me and says, “This isn’t the real Jardin du Roi.” I am puzzled. Having evoked the response he was looking for, the suspense continues as he adds that “the answer lies in the 18th century.” 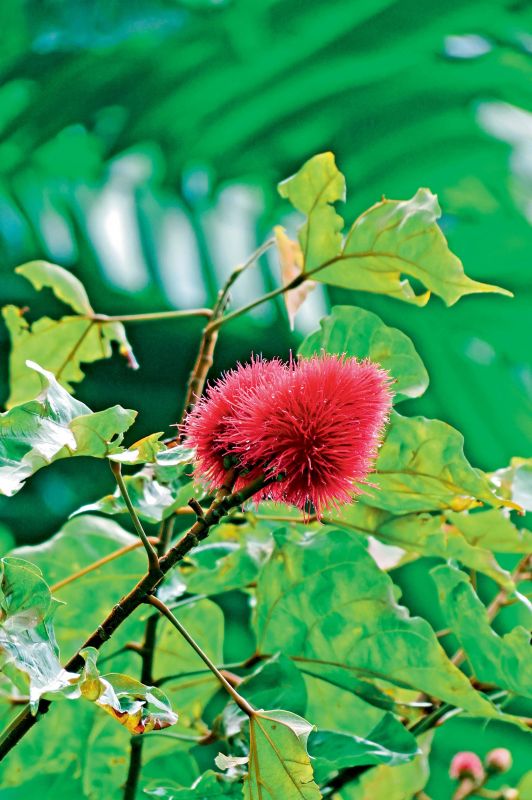 Antoine plunges me right into a history book: in the early 1700s, only the native Africans inhabited the islands. Historians believe that Arab traders were aware of this land because of the rare and revered Coco-de-mer. The East India Company had also accidentally anchored on the archipelago, while caught in a storm, but the British didn’t stake their claim (yet).

By 1715, the French had occupied Mauritius, and as they traded with India, they often had to face dreaded pirates. Legends abound of one-eyed pirates who used their victims’ skulls as wine glasses. Having lost a few of his boys on the high seas, a French naval officer and administrator Bertrand-François Mahé de La Bourdonnais, sent out an expedition to discover a speedier route to India. And in 1742, the French anchored off the island of Mahé, not far from where I stand. 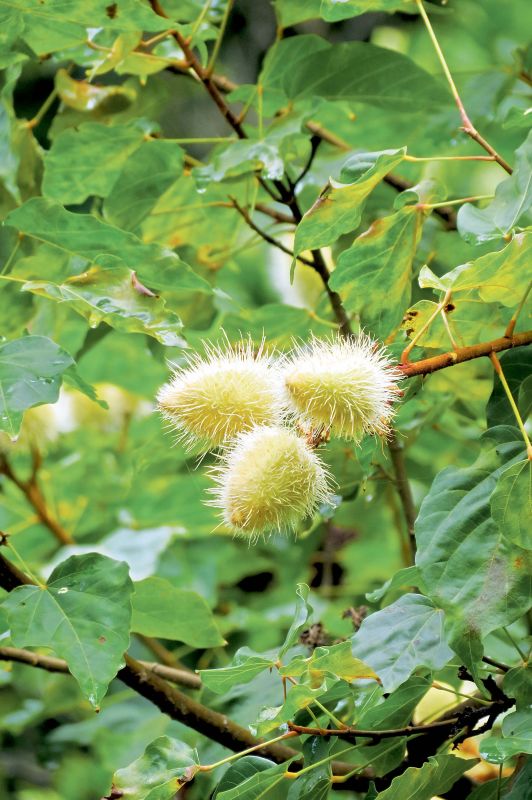 The French were instantly drawn to the topography. Determined to break the Dutch monopoly on the spice trade, they capitalised on the fertile lands of Seychelles and set up a spice garden: Jardin du Roi. Almost on cue, Antoine and I find us under a nutmeg tree adorned with seeds. I spot bunches of pink peppercorns hanging from yet another tree. I pluck a leaf from a clove tree and am hit by the deep woody aroma of the spice. I wonder how old the trees are, but Antoine adds that the original Jardin du Roi was a little further away, and had been burned down. 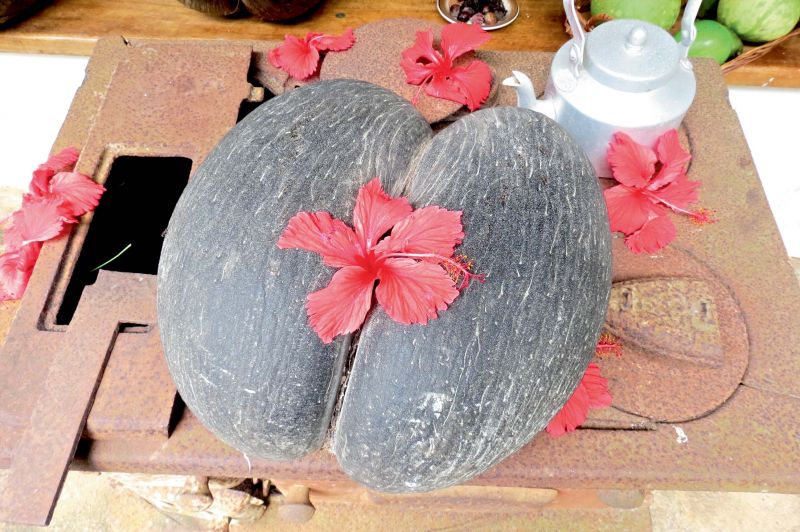 It was none other than the French themselves who set fire to the garden. They thought they'd spotted a British ship and were afraid that the latter would get hold of their prized spices. But as the ship got closer, they noticed their own flag flying high. Unfortunately, the damage was done. Soon after, the British annexed the island. Thankfully, pollination ensured that the archipelago remained rich in spices. Years later, a garden was set up at this current location and was landscaped such that it resembled the original one and bore the same name.

A history of strife also gave Seychelles a mélange of cultures and people; the French brought with them slaves and indentured labourers from China to work the fields. The British brought in labourers from India. Post independence in 1976, many stayed on. Today a true Seychellois can trace his roots to India, China, France, Britain or Africa. The languages came together to create Creole, a base of French with a smattering of words from Hindi, Tamil, English and African languages. The religions merged such that one can practice Hinduism and Christianity together. And together the different cultures gave visitors Creole cuisine, where recipes from different parts of the world come together with an array of homegrown spices.

As I stand at the lookout point, from where the fateful ship was spotted, I see patches of green that give way to placid blue. In keeping with the “sans souci” air that permeates through every aspect of life in Seychelles, even her colourful past can be understood with a walk through a garden.