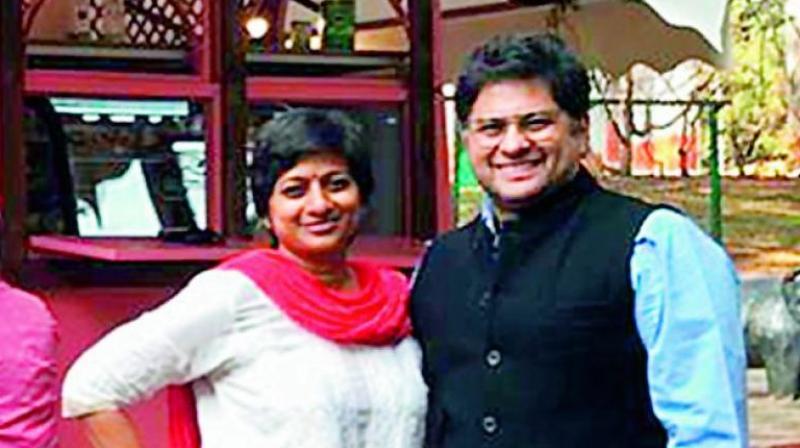 Lending a hand to the Swachh Bharat initiative, a couple in Pune is providing sanitation solutions for women, with aesthetically designed toilets from scrapped old buses. When Pune was listed as a Smart City in 2016, two city-based entrepreneurs Ulka Sadalkar and Rajeev Kher of Saraplast Pvt Ltd saw it as a perfect opportunity to upgrade the hygiene and sanitation scenario of the city. 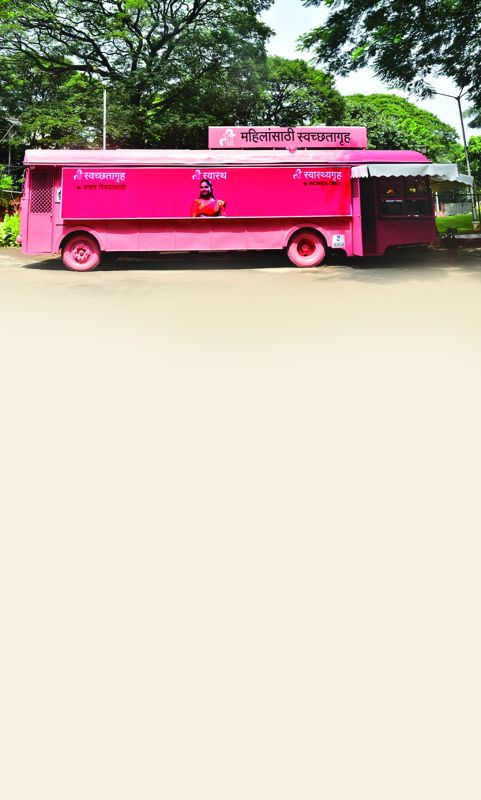 The sanitation entrepreneurs have been in the business of providing portable toilets for events and construction sites for the last two decades but this time, the duo wanted to push the envelope further. In a discussion with the then Pune Commissioner Kunal Kumar, the two proposed the idea of building mobile toilets using old scrap BEST buses, but only for women. Named ‘Ti’, meaning She or Her in Marathi, these pink-coloured buses are scattered all over the city and are operational between 8 am to 8 pm. 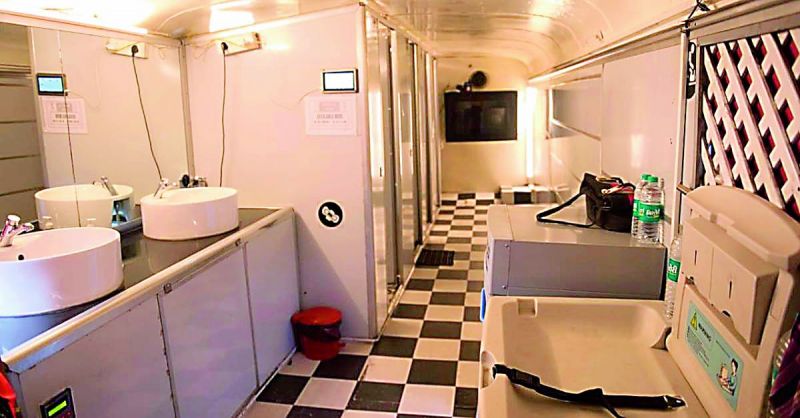 To build one, Rajeev took inspiration from a model he once saw in San Francisco. “I came across a shower that was built for homeless people and decided to replicate it here but making it more sustainable,” says the 44-year-old. Equipped with three Indian, one western toilet, diaper change counter, breastfeeding area, wifi, and a café, the duo has so far converted 12 buses into mobile toilets. “Then there is television that is visible from all angle where we play programmes related to women hygiene and breast cancer awareness,” says Ulka. All buses are operational in public areas like parks, bus stops, etc.

Providing portable toilets under the calculation of one toilet per 25 people, the partners were certain to incorporate more toilets in the bus. “Our calculation while giving toilets for events often raises to 60:1. So we knew that we had to put in maximum toilets because it will be open to the public. We didn’t want to cramp it up, because more the ventilation, the less smelly it will be. Wash tank was of importance to us. It has to be attractive as it will make women want to come to that space to use it. We also have a shower space for women,” smiles 42-year-old Ulka. To use the facilities, all you have to pay is a minimum charge of `5.

Not just a business purpose, the hygiene crusaders are on a mission to change the perception of a public toilet in India. “When we use the word public toilet, our mind immediately relates it to the dirty smell. It has become a harsh word for us. We want this bus to become a place to meet and hang out,” she adds.

While all the buses are providing women with the comfort of clean and safe toilets, one of them has Laundromat installed in them, wherein one can drop their clothes and get them washed and ironed at `70 per kg.

Although the buses were to be put in for public use, the founders consciously didn’t want it to have a cheap look. “It need not be unnecessary expensive either. We tested one million door hinges in the factory until we settled for one. We know if the toilet is sturdy, our job is to only keep it clean,” says Ulka.

She further asserts that with these toilets, they are also working towards behavioural change. “We also have nudges inside the bus for washing hands after using the toilet. We have these footsteps that come out of the toilet guiding you to the washstand. Then there are five arrows pointing to the soap,” says Ulka.

To not be depended on external supplies, buses are supported by solar panels. Ulka and Rajeev are also working with the US-based MIT on a device called TerMITes that measures the temperature and humidity inside the bus. So far, the device has been installed in two buses and is connected to Smart City command room. The bus is equipped with a panic button too. Talking about the footfall, which is measured in real time, Ulka informs that the bus parked at a flower show saw 362 people using it.

The duo was initially advised to place these buses in a secluded place but they decide against it as they wanted women to own the place instead of shying away from using it and at present, each bus has a female attendant to ensure the safety of women. “We want to move away from the word toilet and towards ‘ti’ health and freedom. It is a private non-judgemental space for women where they can come and talk freely,” informs Ulka.