The czars of giving

India’s richest families are opening up their hearts to the betterment of India. 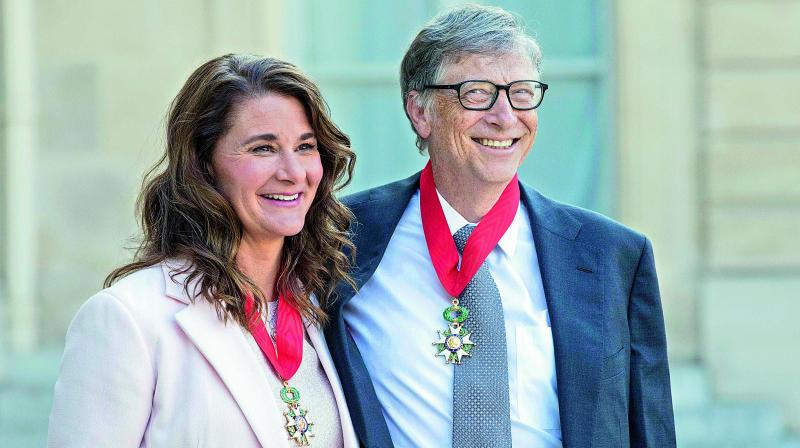 Sir Winston Churchill once said, “We make a living by what we get. We make a life by what we give.” Perhaps conceived from the same inspiration is the Giving Pledge, a platform where the world’s wealthiest people publicly dedicate the majority of their wealth to philanthropic causes. Millions of generous people today use this platform — often at great personal sacrifice — to make the world a better place.

The Giving Pledge is a charitable organisation started by Bill and Melinda Gates and Warren Buffett in August 2010, aimed at inspiring people to donate to charities. In the initial years, some 40 wealthiest American individuals and couples joined the initiative and decided to give more than half of their wealth away. The objective was to set a standard of generosity among the ultra-wealthy. Today, the pledge includes around 180 of the world’s wealthiest individuals, couples, and families, ranging from 30 to 90 years of age and representing 30 countries.

Philanthropy seems to be emerging as the next frontier for wealthy entrepreneurs in India too. If you visit the Giving Pledge website (givingpledge.org), you will find some prominent Indian names among a galaxy of billionaires who have dedicated huge portions of their riches for various good causes. The first Indian who joined The Giving Pledge bandwagon was Wipro Chairman, Azim Premji in 2013, followed by Biocon Chairman and Managing Director, Kiran Mazumdar Shah in 2015 and Rohini and Nandan Nilekani in 2017. Other Indian signatories to Giving Pledge are P. N. C. Menon, the emeritus chairman and founder of Sobha Group, and his wife, Sobha Menon (2016) and Sunny Varkey, an Indian entrepreneur, founder and managing director of Dubai-based GEMS Education and his wife Shirley (2014).

Interestingly, those who join The Giving Pledge, often write a letter explaining their decision to engage deeply in philanthropy. The letter also describes the philanthropic causes towards which the donors are dedicated. Let’s look at India’s top givers and what they had to say in their letters on the website.

Azim Premji
Benevolent beacon
The 72-year-old IT czar has donated half of his stake, worth over $7 billion, in Wipro, becoming the first Indian to sign the Giving Pledge. He was considered the most generous Indian of 2014 by the Hurun India Philanthropy List. Premji has also donated much of his wealth to the two trusts, The Azim Premji Foundation and Azim Premji Philanthropic Initiatives. Premji, who holds over 73 per cent stake in Wipro, worth about Rs 99,500 crore, has given away 18 per cent shares, in addition to a 39 per cent stake that he had committed to charity in 2015. 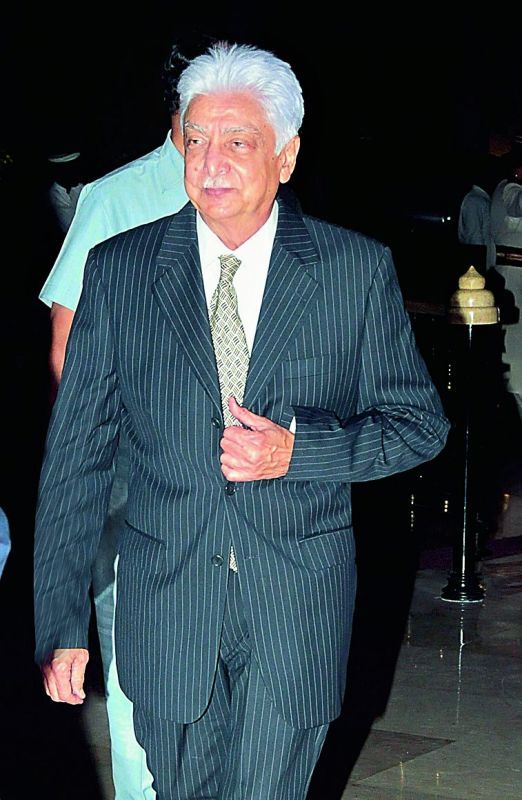 Excerpts from his letter:
My mother was the most significant influence in my life as I was growing up. She was a strong woman, and a deeply committed person. Though she was a doctor, she did not actually practice medicine, but dedicated a large part of her life, close to 50 years, in helping to build and run a charitable hospital for children with polio and cerebral palsy in Bombay. It was not an easy task. It was very difficult to get the funding and even harder to organise everything and make it run efficiently. Yet she tackled every kind of challenge and never stepped back.

“In those days, a newly independent India was abuzz with a sense of idealism and a genuine sense of nation-building; this influenced me as well. I was deeply influenced by Gandhi’s notion of holding one’s wealth in trusteeship, to be used for the betterment of society and not as if one owned it…

“In these intervening three decades, I had seen India change and evolve. I became convinced that markets, public systems and philanthropic initiatives all had a significant role to play if the country was to have inclusive development, and that we needed to work purposefully towards establishing a more humane, equitable and ethical society for all our citizens.

“It was this purpose that made me decide that I must focus my philanthropic initiative on trying to help improve the Public Education System in India, beginning with Primary Schools, for I strongly believe that Education is perhaps the most important social institution to empower individuals and shape a better society. And it’s the Public Education System that does (and will) best serve the disadvantaged and deprived.

“I decided to set up an organisation, the Azim Premji Foundation in 2001, with the aim of working in collaboration with the government to improve the Public Education System. The Foundation currently has 800 people spread across the country and has plans to scale up to 4,000-5,000 people over the next five years.

“I am committed to transferring more of my wealth to scale up the endowment of the Foundation. I strongly believe that those of us, who are privileged to have wealth, should contribute significantly to try and create a better world for the millions who are far less privileged.”

Kiran Mazumdar-Shaw
Shaw-ning star
The head of biopharmaceutical company Biocon, Kiran Mazumdar-Shaw has taken a pledge to divert half her wealth towards philanthropy. The 64-year-old entrepreneur has been active in Indian philanthropic circles, especially in research around cancer cure. The Mazumdar-Shaw Cancer Center in Bengaluru has 1,400 beds and provides affordable cancer care to patients. 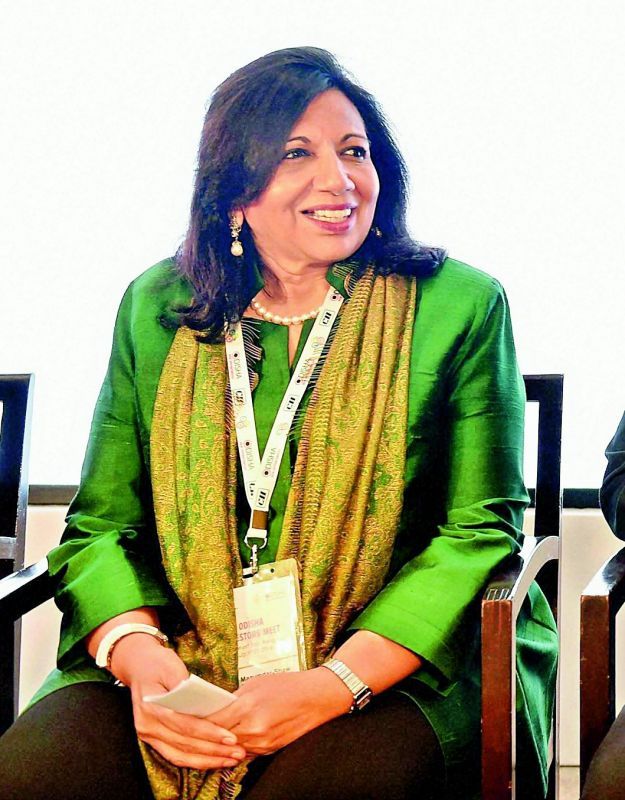 Excerpts from her Giving Pledge
letter:
Having grown up in a middle-class family in India, I was brought up by my parents to believe that wealth creation is about making a difference to society. As a first generation entrepreneur, I built my company with these guiding principles. My success with Biocon has given me the wherewithal to pursue my commitment to social inclusiveness.

“I am inspired to join Bill and Melinda Gates and the growing fraternity of the Giving Pledge in their philanthropic efforts to make this world a better place. I have been giving away half of my income towards philanthropy on an annual basis. My will reflects this intent very succinctly.

“My philanthropic efforts are largely directed towards making a difference to global healthcare... I am also conscious of the fact that two thirds of the world’s population have little or no access to an acceptable quality of healthcare… I have therefore adopted a large number of Primary Health Centres in rural India to transform them into Telemedicine and technology-enabled centres that can bridge the deficit of medical resources. The hope is that these validated models can be scaled rapidly by the government to leapfrog the present system that has failed miserably to provide a basic right to healthcare for its citizens.

“I have also used my philanthropy to create a large Cancer Centre, a 1,400-bed Mazumdar-Shaw Cancer Centre (MSCC) in partnership with Dr Devi Shetty, whose commitment to compassionate capitalism is legendary. The affordable cancer care model relies on the economics of scale and early-stage diagnosis.

“My philanthropy also supports scientists and research-driven clinicians at the Mazumdar Shaw Centre for Transnational Research (MSCTR), and at the Koch Institute of Integrative Cancer Research at MIT, Boston. My hope is that these efforts will combine both therapeutic and diagnostic innovations that will enable personalised and precision medicine that can lower treatment costs while improving outcome.

“I would like to be remembered as someone who made a difference to global healthcare through affordable innovation.”

Nandan & Rohini Nilekani
The N-ablers
The Infosys co-founder and tech billionaire, along with his wife, have committed half of their wealth to philanthropy. A Forbes report pegged the Nilekanis’ wealth at $1.7 billion. “Our philanthropic journey of two decades has been led by Rohini’s passion and commitment,” Nilekani had tweeted earlier. Rohini is the founder of Arghyam, an initiative for safe and sustainable water and sanitation facilities. She has already invested Rs 100 crore raised from selling Infosys stocks into it. She was part of Forbes Asia’s annual list of Asia’s Heroes of Philanthropy in 2010. 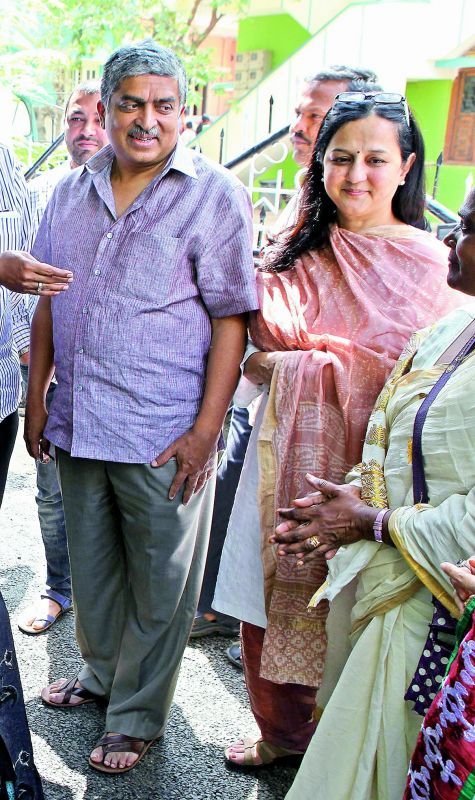 Excerpts from their letter
We are buoyed by the potential of human innovation. By discoveries that can prevent and cure disease; that can bring the world’s knowledge into the palm of every hand; that allow all humans to connect, to understand, to explore...

“On the flip side, we see, too, that inequality is increasing sharply in most countries. We see the young and the restless in this inter connected globe, unsure of their future, wanting more but anticipating less. We see a growing politics of polarization, of divisions, of brinksmanship… Wealth comes with huge responsibility and is best deployed for the larger public interest... The rapid transformation we all seek needs widespread public support.

“We thank Bill and Melinda for creating this unique opportunity for so many people to realise a moral aspiration inspired by the Bhagwad Gita: ‘Karmanye va dhikaraste ma phaleshu kadachana, ma karma phalaheturbhurma te tangostvakarmani’. It reminds us that we have a right to do our duty, but no automatic right to the fruits of that … It is also critical that we do not slip into inaction fearing that we may not be able to reap direct reward. It is to this ideal that we pledge.” 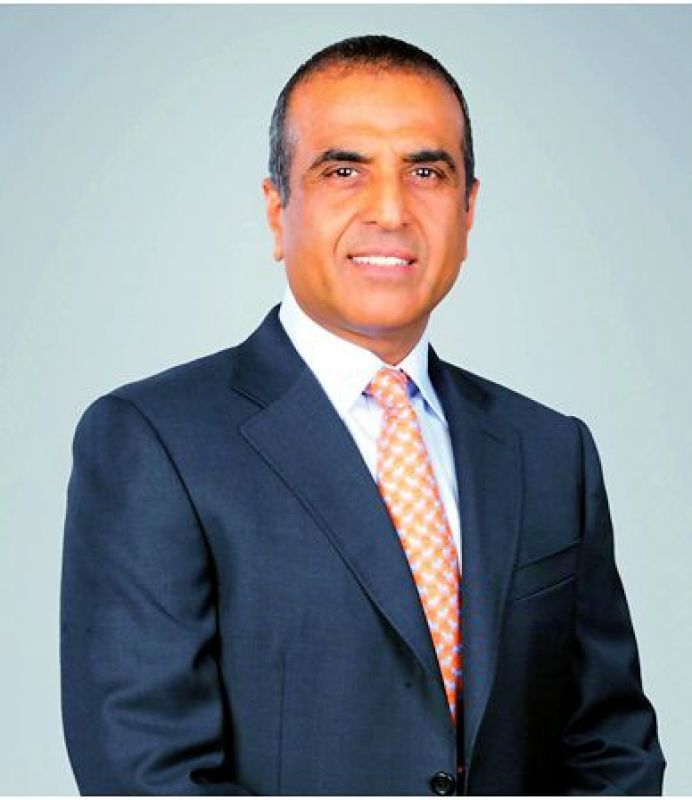 Sunil Mittal
Mighty moves
Although Sunil Mittal, Founder and Chairman, Bharti Enterprises, is not on the Giving Pledge website yet, the Bharti family definitely deserves a mention. As per Forbes’ estimates, their total assets are worth $10.1 billion. “The Bharti family pledged 10 per cent of its wealth, or around Rs 7,000 crore to philanthropy and announced its plan to set up a new university to offer free education to the underprivileged. The commitment includes the 3 per cent stake it holds in BhartiAirtel,” Mittal had said.

The pledged money will go towards supporting the activities of the Bharti Foundation, the group’s philanthropic arm. Bharti Enterprises also plans to set up a world-class university to offer free education to deserving youth from economically weaker sections of the society. 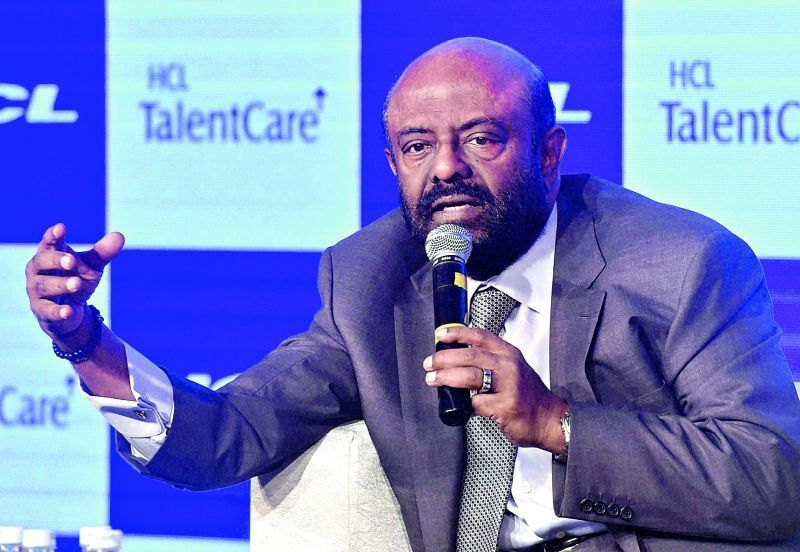 Shiv Nadar
A social ‘Shiv’alry
Billionaire and founder of the HCL Group Shiv Nadar, started giving back some 30 years ago by setting up an engineering institute, S.S.N. College of Engineering in Chennai, named after his father Sivasubramaniya Nadar, a former district judge. So far, the institution has sponsored student scholarships to the tune of `65 crore.

Nadar, who has already given away over Rs 700 crore for various charity initiatives, is currently focusing on HCL Samuday, a project in the areas of water, agriculture, sanitation, health and education, in Hardoi in Uttar Pradesh. As per the latest Hurun India Philanthropy List, Shiv Nadar’s (72) contribution is Rs 630 crore towards education within the country. Shiv Nadar Foundation (SNF) has expanded philanthropic efforts to support ventures in arts, education and healthcare, over the years and Nadar’s wife Kiran is mostly spearheading this initiative.