Vijay or Mahesh Babu, Telugu heroes are not particularly keen on Hindi films. 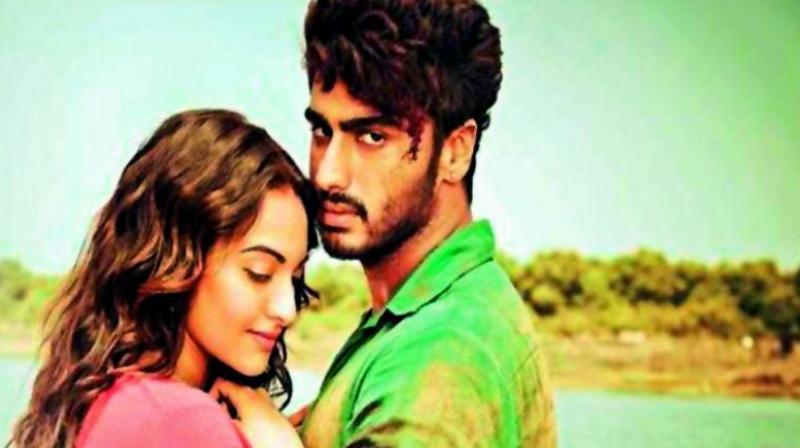 Karan Johar wanted Vijay Deverakonda to replay his role in the Hindi version of Dear Comrade but the actor declined.

Vijay or Mahesh Babu, Telugu heroes are not particularly keen on Hindi films. The demand is for Telugu, and to a lesser extent, Tamil. In recent times Telugu remakes of Kick and Arjun Reddy have done mind-bending business at the box office. Bollywood directors are now queing up for the rights of many certified hits in Telugu, some of them 10 years old.

The trend of remakes is nothing new. In the 1960s and 70s several distinguished Tamil producers remade their own Tamil films successfully into Hindi. The late L V Prasad, rightly considered the doyen of Tamil cinema, was a leader in this trend. Many of his biggest Hindi hits like Sasural, Milan, Khilona and Ek Duuje Ke Liyewere remakes of Tamil films Prasad had himself produced. In the earlier decades Bollywood’s focus for remake rights was Tamil Nadu. Way back in 1951, Bahar, the Hindi film introducing Vyjanthimala was a remake of the Tamil blockbuster Vazhkai. This remake set the pattern for subsequent remakes from Tamil to Hindi such as Miss Mary (1957) a remake of the Tamil Misamma, and Bhabhi (1957) a remake of Kula Deivam.

By the 1970s the trend of remaking of Tamil films in Hindi lost steam. During the reign of Rajesh Khanna in Bollywood remakes faded away. But were soon revived by Jeetendra who needed to revive his career after Khanna’s 5-year reign. Telugu remakes proved a blessing for Jeetendra. He turned producer and bought remake rights of every Telugu hit he could lay his hands on.

The gambit worked.  It revived his career. Jeetendra recalls how he relentlessly shot these Hindi remakes of Telugu films in Hyderabad. He was so much out of his home in Mumbai that his wife and children had to fly into Hyderabad to meet him.

If the credit for bringing Telugu cinema into Bollywood in such a major way in the 1970s goes to Jeetendra, in the 1980s and 90s it was producer Boney Kapoor who leaned heavily on Telugu cinema for his Bollywood palate. Between 1980 and 2015 Boney bought the remake rights of as many as 15 Telugu hits. Among his successful remakes were WohSaat Din (the film that launched Boney’s brother Anil Kapoor as a leading man in Hindi cinema), Judaai (Boney’s wife the legendary Sridevi’s last film before marriage) and Tevar (a remake of Mahesh Babu’s Telugu blockbuster Okkadu featuring Boney’s son Arjun Kapoor). Now, Boney has moved in the other direction: he has remade the influential Hindi hit Pink into Tamil.

Not all of Boney’s Telugu remakes worked. He admitted to me that the remake must make cultural changes to be palatable in the Hindi belt.