Historical accounts are at times diverse and the same incident has several varied versions. 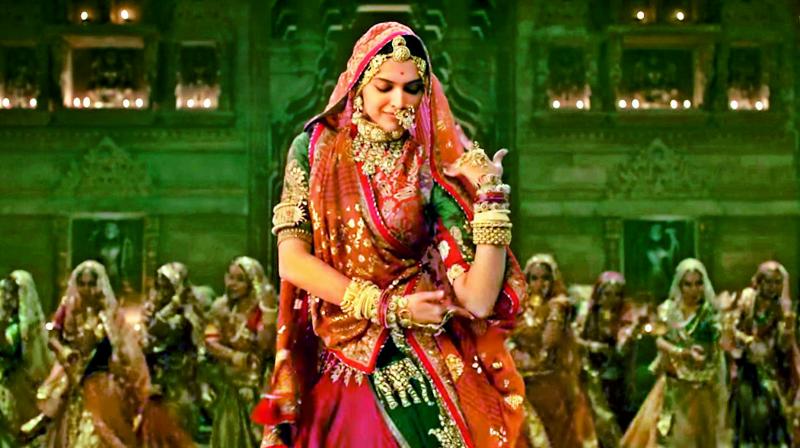 It’s a delicate balance between historical accuracy and creative liberty. And Bollywood films are often in the eye of a storm when navigating this tightrope walk.

History and cinema have always shared a love-hate relationship. And those who attempt the tough task of presenting a slice of history in a gripping narrative format very often come under fire. It’s a delicate balance between historical accuracy and creative liberty. Bollywood repeatedly finds itself navigating this tightrope walk with shaky steps. The latest film to be mired in this historical authenticity versus fictional creativity controversy and accused of distorting history is Sanjay Leela Bhansali-directed Padmavati, that has drawn a spate of violent protests from the Karni Sena.

Is finding a perfect balance between creative liberty and historical accuracy possible? Or is that an elusive perfection impossible to attain? 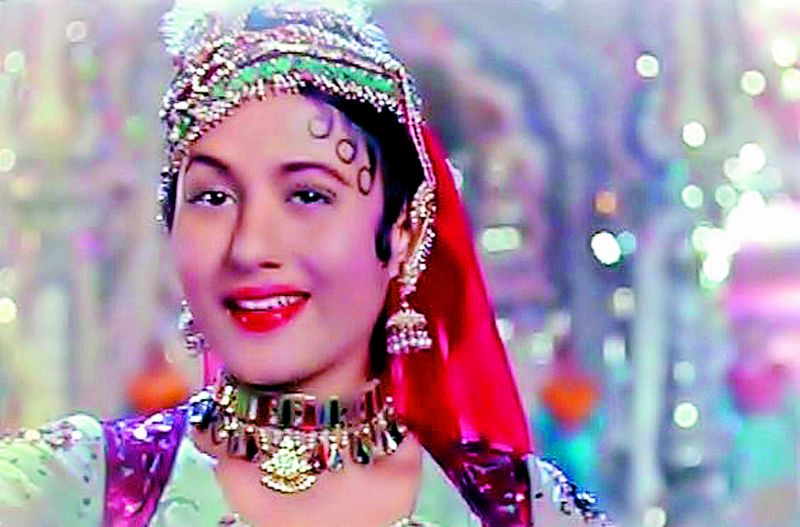 No ultimate truth
Historical accounts are at times diverse and the same incident has several varied versions. As a screenwriter or director, who plays a matchmaker between history and creativity, it can be a really difficult task to choose which version to go with. “It can become difficult to choose a particular narrative as there is no ‘ultimate truth’ that exists,” says historian and filmmaker Sidharth Gauri, “There are academic debates that contest history, books that have opposing viewpoints. How can a filmmaker ever entertain all these vantage points? It is impossible.”

Film critic Mihir Pandey agrees, “We should remember that there are many versions of history. In India, history has not been documented the way it has been in Europe, which was influenced by Renaissance. We didn’t document history in that manner but somehow are now trying to measure Indian history with those tools. It was much later that these tools of documentation were inculcated in India.” He elaborates, “Even the fact that the sun rises in the East only holds true till the point you are standing on earth. In space, it makes no sense. Similarly, history is also seen from several vantage points and there are conditions and limits to the way history is written. As long as a filmmaker or an author does not claim to be making a documentary or writing a non-fictional book, they have all the liberty to play around with characters and  incidents.”

Interpretations of history
Director Shyam Benegal believes it is important to look at history from the eyes of the central character of a film. Benegal, who worked on two episodes on Shivaji, adds, “If you look at Shivaji, there are always several renditions of the same story. For example, Mughal historians wrote on Shivaji, and Marathas wrote on him too. I feel, history needs to be looked at from the viewpoint of the character itself. That is the only way, as other views will always be partisan views. One tries to be as objective as possible. Unless the person was an absolute monster, you can’t paint someone a tyrant.” 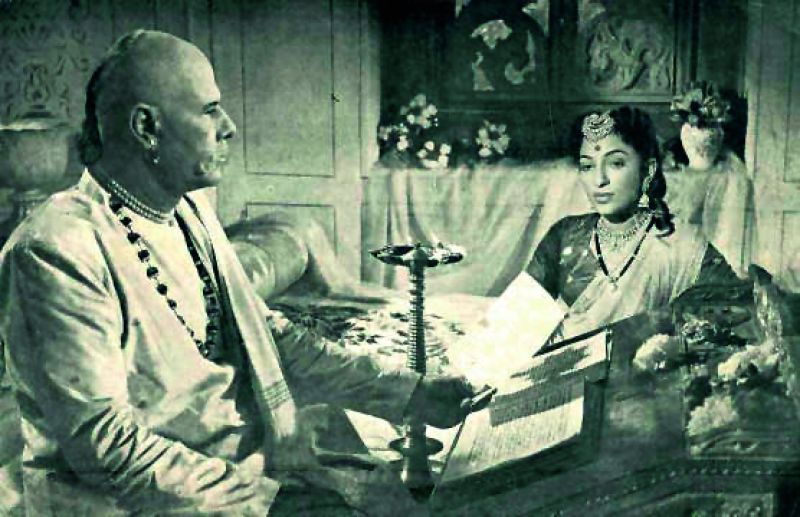 Film historian S.M.M. Ausaja points out that history in each era is written by different people, with different interpretations, and all interpretations cannot be exact. He says, “This is why even religions have different sects as the interpretation of one sect is different from the other. As long as the depiction of a particular character is not violating any other person’s belief in the character, one should go ahead.”

Sketchy characters
The problem is not just when historians have several accounts of the same timeline to offer, the stark opposite too poses a problem — when history offers hardly any information about a character. Films like Jodha Akbar and Bajirao Mastani dealt with female characters who have a sketchy and faint presence in history. So when history plays a mysterious muse, how does one go about connecting the dots?

Director Shyam Benegal recalls, “When I did Bharat Ek Khoj, there were characters that were well known, and others that were not. So you have to apply the available knowledge and flesh out such characters and also find a balance, so that one gets an approximation of the actual account.” 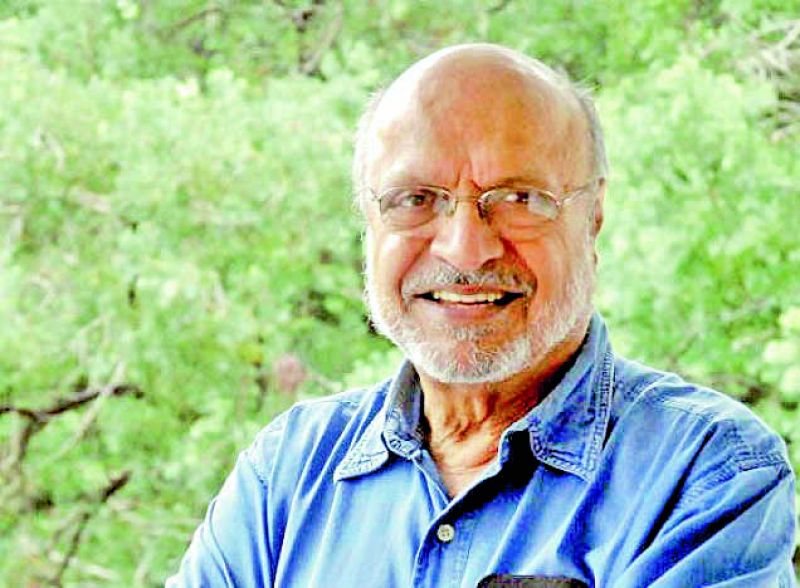 Director Rahul Dholakia, who directed Parzania which was set against the backdrop of the Godhra riots, believes that when there is not much written about a character in historical accounts, one has no option but to bank on one’s creativity. He says, “Even dialogues, they are words that probably were never uttered or at least not uttered in the same manner but have been chosen by a director. Also, while crafting a character out of a mysterious person like that, a filmmaker tries to work best with the popular prevalent perceptions. Imagination is a core part of filmmaking, even if the film is following a historical account in earnest, creativity has a huge role to play.”

Power of creativity
It is not only when history fails to define characters that creativity comes in. Some creations of creative film writing have been so powerful that they have blurred the line between film and reality.

S.M.M. Ausaja says, “If you look at biopics and films on various historical characters, you will see that filmmakers have always taken creative liberties. If you don’t take creative liberties, you will be creating a documentary that will interest very few and the entire money will sink.

So nobody is a fool. If you have to make a documentary, then you will make a documentary.  For instance, Anarkali was initially made as a silent film and later as the very popular Mughal-e-Azam. Despite what most people believe today, Anarkali didn’t exist. So it will be stupid if a bunch of right-wing Muslims stand up and say that we don’t agree how you are portraying a certain Mughal ruler.”

Anarkali was loved to the point that she has been accepted as a beautiful character in history in popular imagination. “It is ironic that some characters that are based in history create such influence that they are seen as a part of history. But I would say, this is the power of creativity. For example, there is no Sherlock Holmes but at 221 Baker Street, there is a museum dedicated to him. So what is this if not the power of creativity? History alone cannot describe human experiences,” says Mihir Pandey.

The renowned muse
If portraying mysterious characters in history has a director worried, portraying renowned historical personalities too come with their own set of problems.

“Gandhi has been documented extensively and there is no limit to the vantage points. In that case, I feel it is a brilliant task to fit his life into a certain amount of celluloid time as you cannot entertain all viewpoints, so David Attenborough’s Gandhi is something to learn from,” says Pandey. 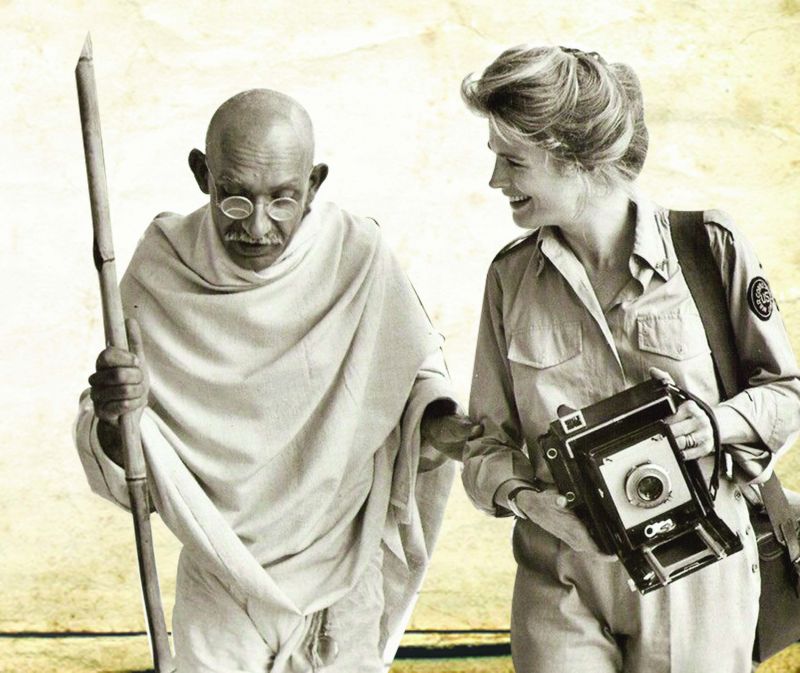 However, Benegal feels that portraying Gandhi is comparatively simpler. “He was a person who was highly critical of his own life. His autobiography is one of the most honest ones, apart from John Jacques Rousseau’s. Because Gandhi was so self-critical, a filmmaker is free to add all the dark elements and incidents in his life. And it is difficult for external forces to point a finger at anyone criticising him.”

The Bollywood curse
However, it is not only the subject and filmmakers’ sensibilities that trigger controversies.  Sidharth Gauri feels, “Bollywood has a huge reach, there is no doubt about that and it would certainly lead to a lot of opinions and debates.”

Dholakia agrees that Bollywood is an easy target. His own  film, Parzania ran into several controversies. “If you see today, Internet is filled with people defaming Nehru. Several accounts and books have been written but there is no resistance to that. On the other hand, characters taken up by Bollywood are scrutinised all the time.”

While one might say that it is the reach of cinema that makes it more susceptible to scrutiny, it can’t be ignored that the visual medium is one of the most influential ones, there has to be a certain degree of accountability.

However, Dholakia laughs, “Everybody can have a say on a film. It makes for an easy commentary. You can connect it to anything, from religion to elections. It also serves as an attention-diverting technique. Some films and controversies around them are used to divide communities. What can one expect when the government is taking sides?”

But who wins?
“A controversy has two sides to it, while it might attract a lot of attention towards the film, it also adds a lot of negative incidents and names to it. Negative elements who have no name of their own get popularity as well,” says Pandey, adding, “At the end of the day, there is always someone benefiting from these controversies and that needs investigation.” He believes such controversies also dishearten some directors and they try to steer clear of making films related to history. 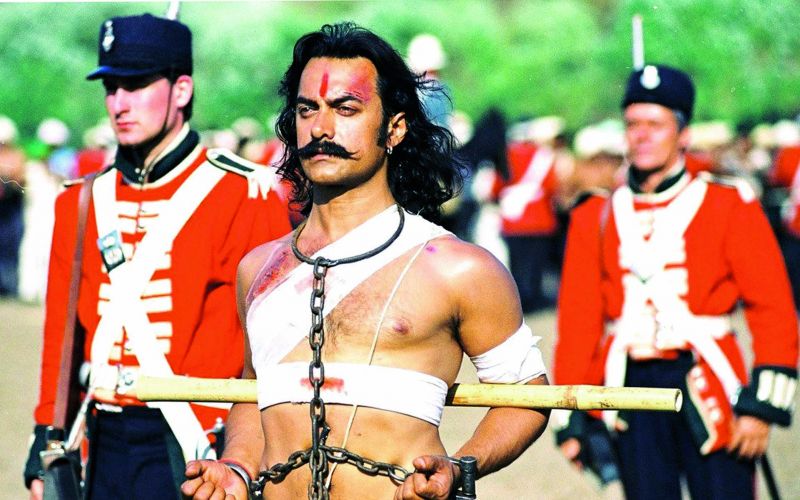 A still from Mangal Pandey

Ausaja agrees and adds that it is shameful that no action is taken in several controversies. “If they are threatening a certain person, why is there no action being taken? Is it because of vote bank appeasement? There was also a lot of controversy about Sanjay Khan’s The Sword of Tipu Sultan, so much so that he was forced to put up a card before each episode mentioning that it was a work of fiction, despite the fact that it was based on a book by Bhagwan S. Gidwani that had been released much earlier.”

Muddled lines
While there are strong chances of the line between fact and fiction getting blurred in films, Benegal believes historical films have a beauty of their own. He says, “History can be very interesting but one has to make it interesting. If it is made as a film, it is designed to sell. A historical story is romanticised as it is designed for entertainment, why else would you make it and why else would someone want to pay to see it if it turns out like a history lesson? I don’t go to watch Gandhi for a history lesson. I go to school for that. I go to cinema to be entertained.” 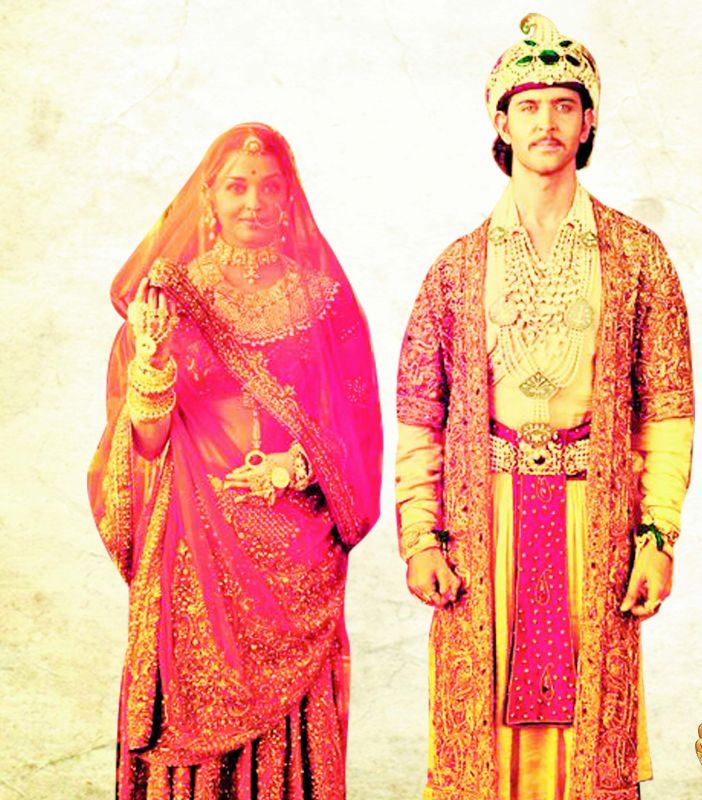 A still from Jodha Akbar movie

It can also not be denied that there are films that try to exploit historical references in order to sell a film. While Ashutosh Gowariker-directed Mohenjo Daro might have used the name, the film hardly had any connection to historical reality. Mihir Pandey says, “It was definitely a bad film and it was a box-office flop. However, this only goes to prove that assuming the audience is gullible is wrong. Cinema has been a part of India for a very long time now. People who have not gone to schools have also had the influence of cinema in their lives. It is in India that the highest number of films are produced each year. Cinema here breaks the barriers of class. It is clear that the Indian audience is not dumb. So to believe that people don’t know that a particular film is a work of fiction and they get confused between real and reel life is a huge misjudgment.”