Ileana does it her way

Unabashed about her choices and her way of life, Ileana D’cruz talks about her movies, relationships, the film industry, and more. 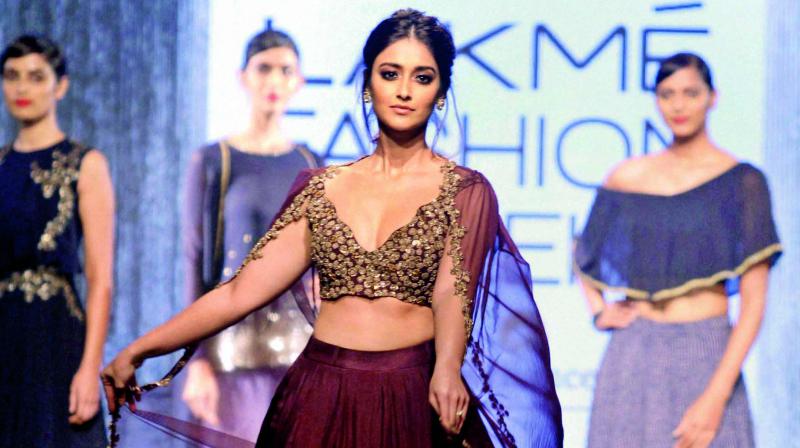 Ileana D’Cruz started her career from down South but has gradually made her way to Bollywood. Now, in the Hindi film industry, the actress is moving full steam ahead.
Make no mistakes, Ileana is here to stay. She asserts — loud and clear — that she will settle for nothing less than a lead role in her movies. After having grabbed eyeballs in last year’s Rustom and Mubarakan this year, the actress is now preparing for the release of Milan Luthria’s Baadshaho. In a freewheeling chat, she talks about her ambitions, work, and her boyfriend Andrew Kneebone.

What’s Baadshaho all about, and tell us a little about your role in the movie?
The film is set during the Emergency, and I didn’t really know what exactly happened then. I was told that so and so things happened, and I was thrilled. I was very surprised when Milan offered me the role. It’s about playing a badass in the film, and I was only concerned about my role. I loved how he was portraying this girl. For me, it’s just a high, playing a role like this.

Would you consider yourself to be a selfish actress?
I’m very selfish as an actress. Trust me, I get a lot of scripts where I tell the makers that I’m sure the movie will do outstandingly well, but it’s just not for me. I want people to talk about me, and I don’t want to be a part of a film where I’m just there doing nothing. I want to be instrumental in the success of films. I’m incredibly selfish and competitive with myself.

Are you intuitive about your projects that will work?
Yes, definitely I think intuition is something that’s huge for me. I believe for some films I take my time. Like for Barfi, I took really long to say yes. I kept saying that it’s a good script, but there’s Ranbir Kapoor and Priyanka Chopra in the film, and I don’t even get the guy in the end. Should I even do it? I’ve always been the main girl in all my films, and have never settled for anything less than that. Intuition has played a big part in terms of choosing the right script, but this film (Baadshaho) has been instinctive.

How do you deal with trolls? And even the paparazzi?
I’m okay with the trolling, but I can’t handle the paparazzi. I think I get caught off-guard. I’m trying to get used to it, but it’s annoying sometimes because you’re in a different zone. You’ve worn track pants and gone out, and you don’t expect it, but it’s something I’m learning to accept. One thing I’ve taken a stand on is that I will not entertain paparazzi at my home. I don’t appreciate it when they come home. But otherwise they’re nice and not very aggressive.

Have you thought about the fact that married actresses don’t get work?
Yes, of course. In fact, it’s accepted that this is the way the industry functions. I can either accept it and move on, or choose to fight it for the rest of my life. And I’d love to choose the first option. I’m sure it’s a very crap ideology, as we’ve had so many instances of actresses who have been super talented, but didn’t get too much work as they chose to get married, which is really unfair. But again, I’m happy with the work I’ve gotten so far. Personally and professionally, I’m in a great space. So I don’t have any complaints.

We never see you talking openly about your boyfriend Andrew Kneebone. Why?
I doubt that will ever happen. I’ve been working in the industry for 11 years, and it’s taken me a lot to understand the work culture. We actors get a lot of love, and at times we get double the amount of negativity, for no reason whatsoever. There are times when the comments become nasty and harsh, and it’s not fair for him to go through it.

Go on…
He’s a normal person and is entitled to his privacy. I’ve had people coming and telling me he’s not Indian. And I find that so stupid. He’s someone who has been special to me, and I don’t want to be in a situation where my family is targeted for no fault of theirs.

Do you believe in the institution of marriage, or do you prefer to remain in a live-in relationship?
I think marriage and live-in relationships aren’t really different. It’s just a piece of paper that separates the two things. Marriage is great for a lot of people, and it changes a lot of things, but I don’t look at it in that way. My commitment towards him is not going to change.