Tenduf-La has built a kaleidoscopic fictional landscape in which he explores dark themes like poverty, adultery, death. 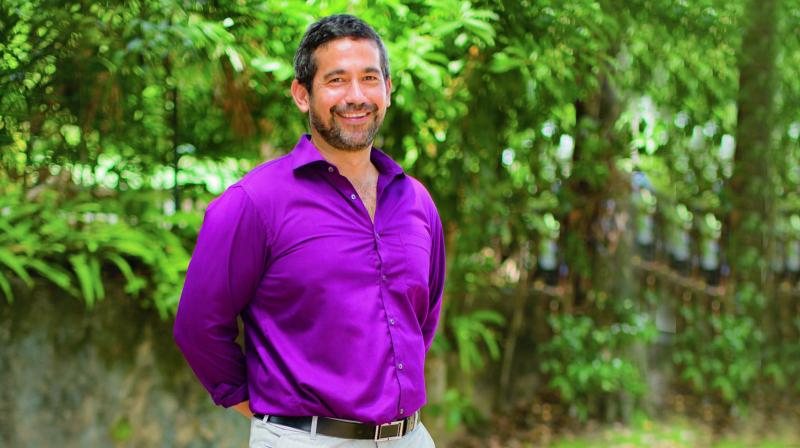 Half-British and half-Tibetan, Sri Lanka-based author Chhimi Tenduf-La grew up in Hong Kong, London, New Delhi and Colombo. Using his varied cross-cultural experiences and influences, Tenduf-La has built a kaleidoscopic fictional landscape — with relationships and emotions making up its base and gripping sequences its body.

His previous two works, The Amazing Racist and Panther, introduced to us portraits of people in Sri Lanka, caught in a web of race, caste and religion, negotiating everyday trials and tribulations. In his latest book, Loyal Stalkers, Tenduf-La presents a collection of 15 interlinked short stories that give us a glimpse of the lives of the islanders and their everyday experiences. “I didn’t plan it (book) to end up like this at all. Some of the stories were things I had found on my laptop from years ago, others I wrote to kill time when I could not sleep after our baby woke me up for a feed. Then, once I realised that I could connect eight or so stories, I used some of the same characters to write the last seven stories so that Loyal Stalkers became one overall story.”

Tenduf-La’s characters are mostly drawn from his real-life experiences. “For plots, I had vague ideas of stories, then Googled some of them to see if they would be realistic and in most cases, there were real-life parallels,” shares Tenduf-La.

Dark themes such as poverty, adultery, homosexuality and death have a deep presence in the book. Strokes of compassion, passion, obsession, shame, neglect, greed and selfless love interspersed with the author’s trademark humour showcase his richness of expression. 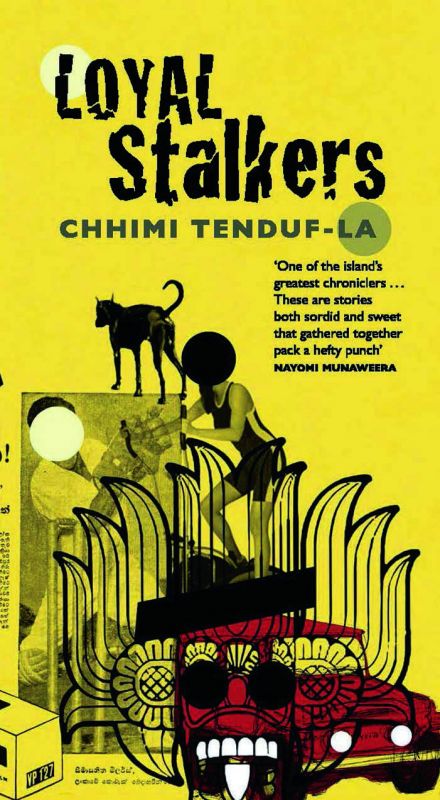 The collection commences with Sending A Night Breeze, the story of a 17-year-old unmarried mother, who gives birth to a child as a consequence of being raped by a relative. The girl is, of course, accused of bringing shame to the rich family by getting raped, and as a consequence, the family decides to separate their only daughter from her new-born by giving away the child to Buddhist monks. Her gynaecologist father, who terminates pregnancies for others for money, considers it a “sin” when it comes to doing it for his own daughter. The story takes the lid off hypocrisy in the society and people’s distorted sense of principles.

Unlike his previous works, Loyal Stalkers features a fair number of leading ladies. About writing from the female perspective, given that most of his earlier works had male characters in pivotal roles, he says, “My daughter is fairly cautious with all that she does, whereas my son is a sweet little bumbling jackass. In its simplest form, I assume male characters don’t think enough and females think too much. Women are clearly more challenging for me to write but also more enjoyable because they are more complex, stronger, deeper and altogether better people.”

For the author, this is his first attempt at writing short stories. About moving away from the format of novels, he says, “I promised myself that I would never fluff out a book just to get it to novel length. A few of these stories I began as novels but I had revealed as much as I wanted to in far fewer words than I had planned. I much prefer writing short stories, especially in the manner of Loyal Stalkers since all the characters overlap into other stories.”

Lastly, Tenduf-La reveals that he is putting his writing on hold for a while because he doesn’t want to just go through the motions of churning out books. “I want to do something very different for my next book but I am not sure what that is yet. I’m interested in the idea of adapting one of my stories into something for the screen.”