The hunter and the hunted

Photographer Kesava Murthy clicks photos of predators and their kills, and some incredible images of life in the wild. 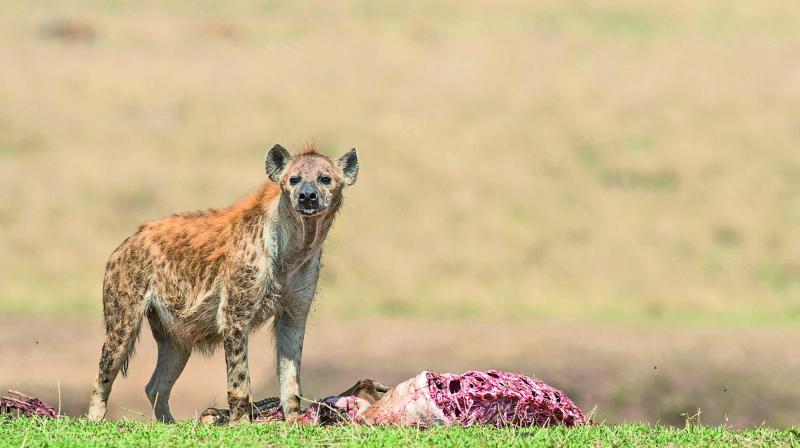 Laughing Hyenas, also known as spotted hyenas, are part of recyclers of Savannah along with the vultures

When Kesava Murthy clicks photos of predators and their kills, he doesn’t necessarily aim to scare. Over the years, the photographer was able to capture some incredible photos of life in the wild. Starting from Leh/Ladakh to down south, salt pans of Gujarat to the largest mangroves in West Bengal, he has covered many wildlife-centric locations in India. Every year he visits Maasai Mara, as Kenya is his wildlife pilgrimage. 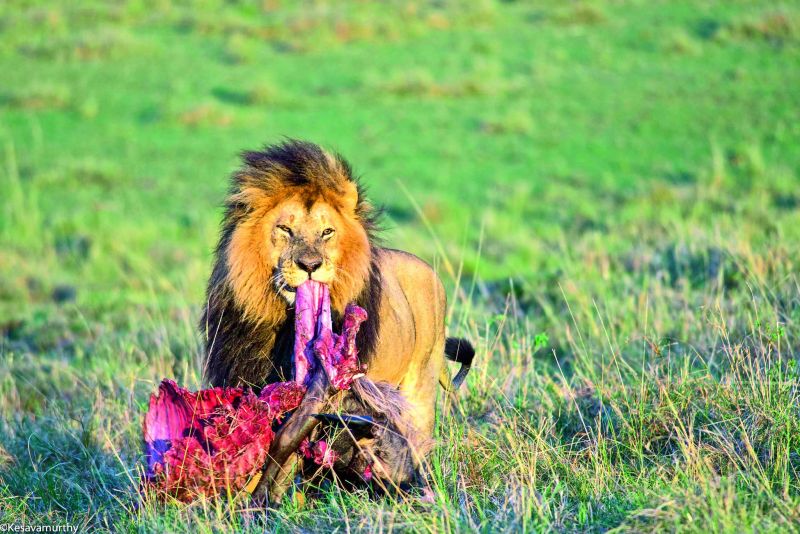 An African lion having its kill 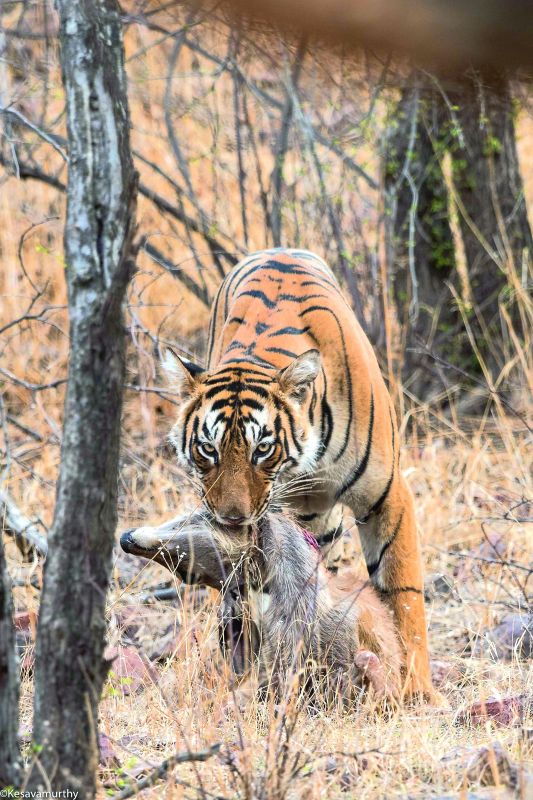 A tiger from Ranthambore

“I love mountains and Bhutan was no exception. Currently, I’m exploring new locations in South-east Asia and recently visited Indonesia to capture some amazing avian wonders,” he says. 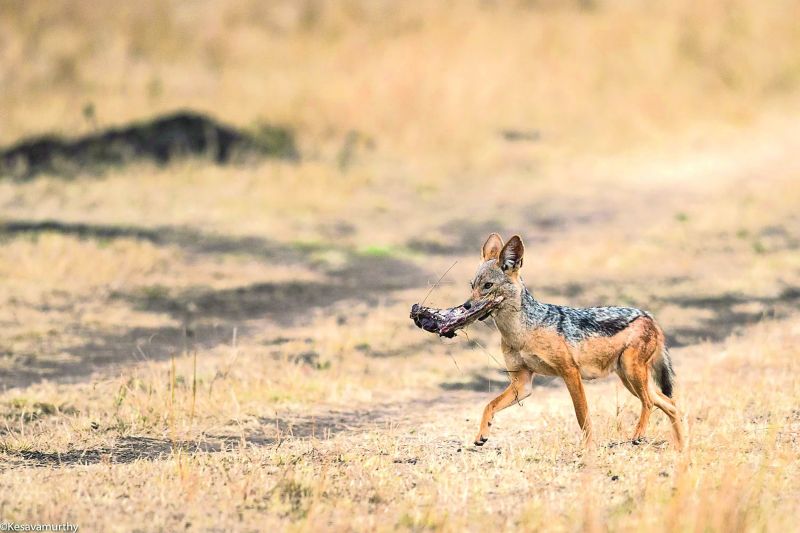 The photographer, who is a certified naturalist and has keenly studied animal behaviour in the wild, talks about the dangers of wildlife photography. “Moving inside forests is dangerous as you might encounter wild animals anytime. One has to understand that it is us who are in their home and we have to play by their rules. While inside the forest, wear dull coloured clothes, don’t make loud noises, take cues from the forest and be attentive. This will help to locate and stay at a safe distance from animals like elephants, bears and tigers,” he says, adding, “During a photo tour to Jim Corbett National park, we were trying to photograph a group of elephants who were drinking water in the gorge. Suddenly a matriarch from another group who were coming down the hills came charging at us as they didn’t expect our presence.” 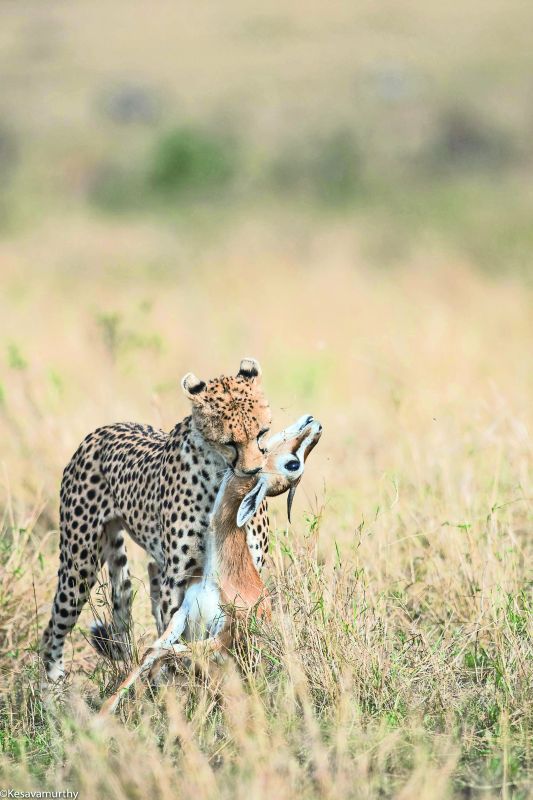 A cheetah dragging its kill

Kesava began photography from a very young age. “My dad had an old Yashica camera, which I used to shoot random pictures in my childhood. I didn’t know much about cameras but what I learnt was how to see differently through the camera to make an image. This fixation with the view-through-the-lens stayed with me and I decided to work part-time at a local photo studio during my college days, where I learnt the nuances of basics of photography. My first big break was covering the annual day at my college. It was 2004 when I got my first film camera with my brother’s help,” he reveals. 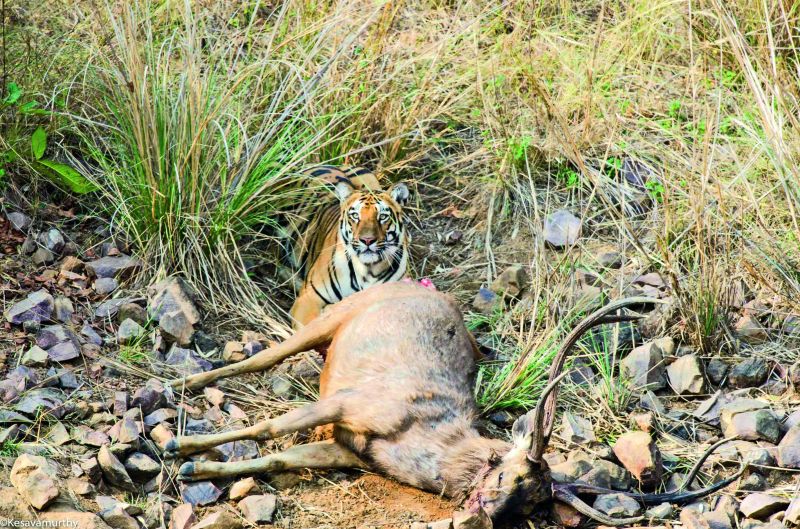 Kesava watched channels such as NatGeo and Discovery and developed an interest in wildlife photography. He soon enrolled for a certified naturalist course to learn animal behaviour in the wild. 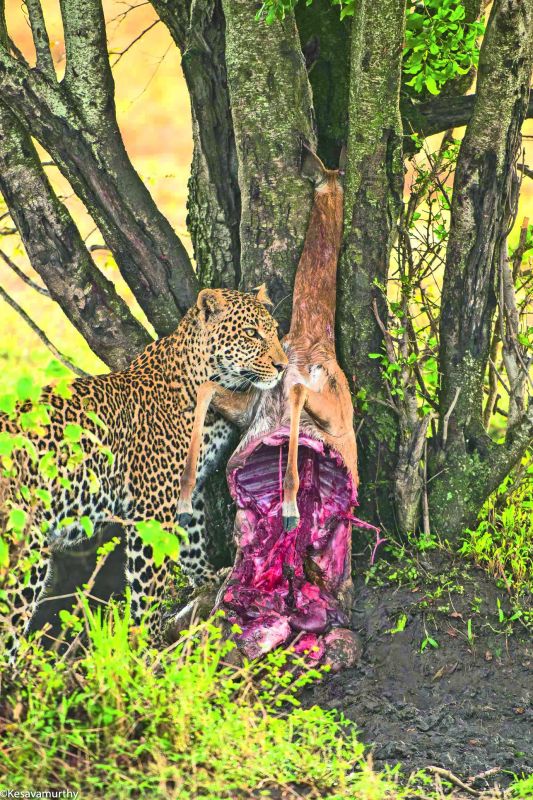 An African leopard guarding its kill

“One life is not enough to cover all the locations but if given a chance I would love to explore more of South-east Asia, Madagascar and all of India,” says the Bengaluru-based photographer.

It was 2011 when Kesava finally realised that he could take up photography as a full-time profession. “One thing lead to another and in no time, parents, their friends and many others were on board too. I took them on expeditions, thanks to the many natural avenues rich in flora and fauna in India. The tours got bigger and this group of ardent followers lead to the creation of Birdwing Photo Tours, a platform for photo-enthusiasts. However, without my wife Harini’s support, it wouldn’t be possible to be on the move always,” he says. 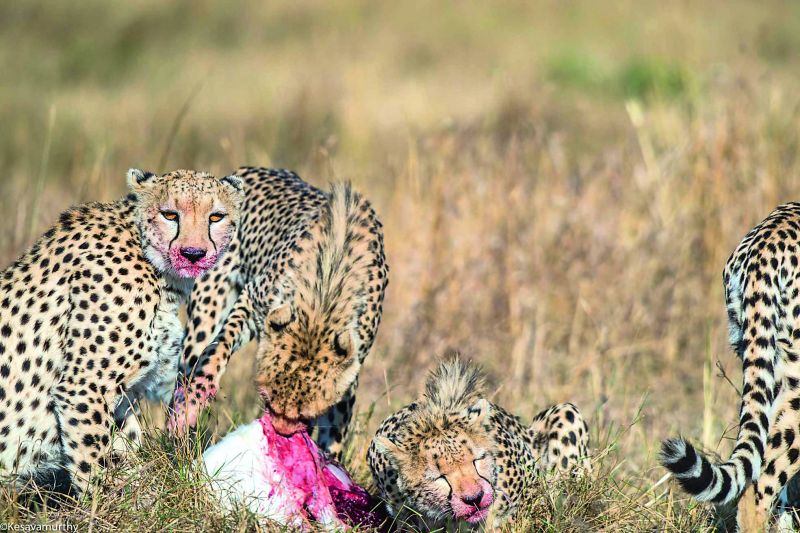 Wait, let me pose for a photo, first!

Talking about his all-time favourite shot, he says, “My favourite shot is one in Amboseli, Kenya, of an elephant herd marching with an approaching storm behind them.”