Many adventure buffs love the thrill of travelling alone as they discover new countries and soak in new experiences. 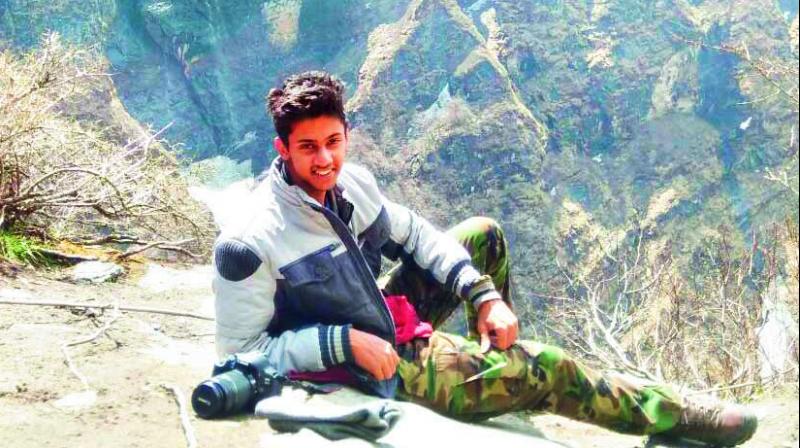 With due apologies to Oscar Wilde, we paraphrase one of his famous quotes and say, “To travel with oneself is the beginning of a lifelong romance.” Ask these swear-by-solo travel aficionados, who don’t think twice about taking off on their own to discover the world, almost like Christopher Columbus! Think about it, you don’t need to stress about co-ordinating dates with your travel buddies. You close your eyes, place a finger on the world map, pick a spot and leave on a jet plane.

“The first time I travelled alone was in 2012. I had a tough few months before and I needed a break. I settled on the US simply because I had a visa and wanted to use that. Also at that time I was involved with an NGO called Save a Mother and they were having a charity dinner in Chicago and wanted me to be a part of it,” says Jayshree Menon, a homemaker. Since then she has boldly gone where few fear to tread and is quite the ace at dishing out travel tips.

“You’re not dependent on anyone, you can plan the day or night according to your needs. You get to bond with new people. I’ve had many great experiences. I remember one such trip in NYC. I was on the tour bus and the tour operator pointed out the Trump hotel (which served the most expensive whisky cocktail). So when we reached that stop, I got off in my worst touristy clothes and flip flops, walked up to the fanciest bar I’ve been in and had that cocktail. The expressions on people’s faces were priceless,” she says insisting there are no disadvantages, except for a minor gripe. “There is no one to help with my luggage.” 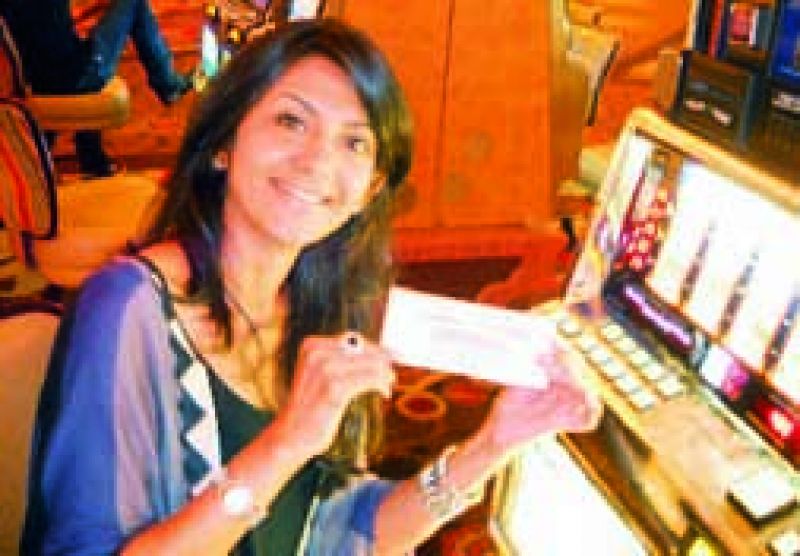 Jewellery designer and entrepreneur Preeti P. Mittal discovered romantic Rome, not by accident, rather by deliberate choice. She took this brave step on her lonesome ownsome almost 20 years back.

“I had gone on a holiday with my friends to Europe. I really wanted to go to Rome and they were not so keen, so we split for part of the holiday.  Since I knew that I was going to see Rome solo, I had planned my itinerary in advance.

“In those days, since the Internet was not so popular, I had to rely on the guidance of Lonely Planet. And even today, I would say, it is one of the best guides for a travel plan, especially if you are planning a trip on a shoestring budget,” she says. While most people squirm at the prospect of travelling alone, dreading those self-imagined lonely moments, those who do so swear by this concept. “For me a holiday by myself is a MUST DO once a couple of years. I think it’s a great opportunity to get some ME time and also a good way to be open and go with the flow of life, maybe make a few friends as one goes along,” adds Preeti, who sees no dark side to solo travel except for the odd moment. “There are times when you  find a spectacular view, or see a funny sight that sends you in splits or taste something that you have never tasted before or have a breathtaking experience, and you would love to share it with someone (a friend/lover/family) in that moment, but you only have yourself to savour it as a beautiful memory.” 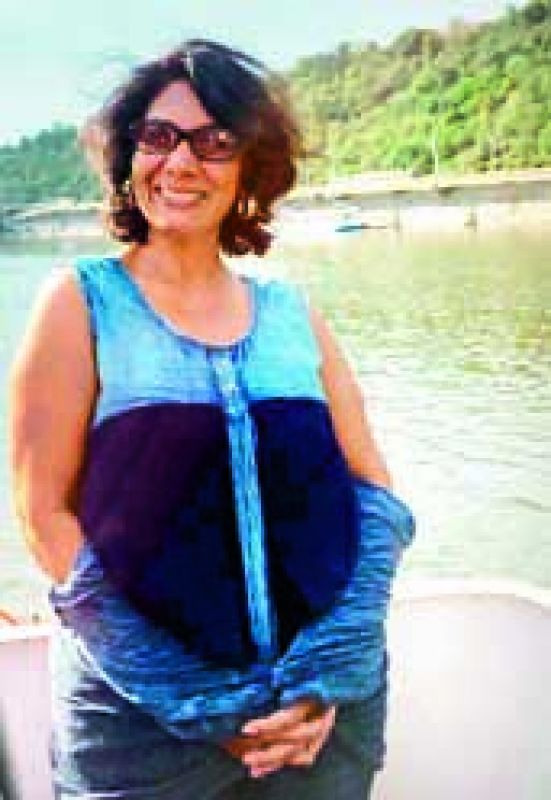 Sandhya Mendonca on a boat cruise in Prague

Sandhya Mendonca, founder, MD & Editor-in-Chief, Raintree Media Pvt Ltd, believes it’s the best way to rediscover yourself. “Most people go to the Himalayas to find themselves but I took a solo train trip through Europe to do so,” she quips before taking a trip down memory lane. “My major solo trip was to Europe last year when I travelled through six countries and eight cities on my own — Vienna, Budapest, Salzburg, Munich, Prague, Bruges, Brussels and Amsterdam,” she recollects. 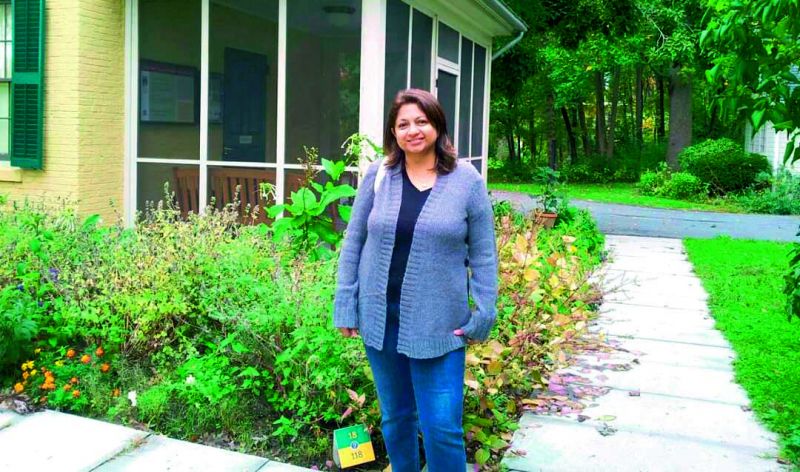 Sandhya had just hit the golden half century mark in her life and was clearly in a mood for some much needed soul searching. “I feIt that I didn’t know who I had become. Where was the bold young person? My confidence level was low and I felt burdened with angst. How would people who didn’t know me, view me? I wanted to discover. So, a trip all by myself, without too much hardship, seeing the sights I have longed to see, seemed just the right thing to do,” she confesses.

Sandhya takes us back to 2010 when she slipped away from her holiday with a friend in Spain and trotted off to Lisbon. “I went to Lisbon where I stayed for a couple of days on my own before returning home. I didn’t know anybody there and when some friends offered to connect me with people they knew there, I refused because I really wanted to be on my own. I was mourning the loss of my husband and somehow, being away from familiar places and faces seemed to help. Somewhat paradoxically, I felt that I was seeing marvelous sights for both of us,” she reveals. 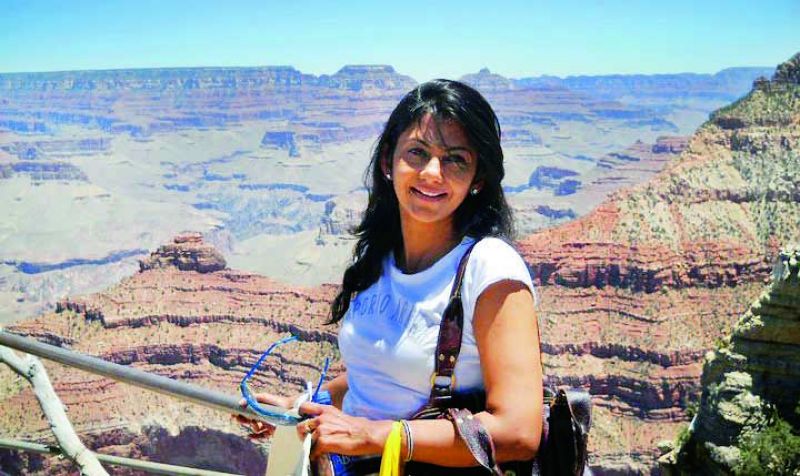 Armaan Yadav, country coordinator, Good Will Expeditions is a restless soul at heart. “Complacency and physical stagnancy gets to me, which is why I prefer to get up and leave at the first possible opportunity. My trek to Kheerganga, for example, was an outlet for the frustration that came from being stuck in a university I did not wish to be in. As soon as I dropped out, I decided on flying to the capital and buying a two person tent for me and my borrowed rucksack, and catching a bus to Barshaini soon after. I knew there would be enough villages on my trek route to eat and make friends in, so I left that part to uncertainty while securing my accommodation with a durable tent that my friends have now managed to misplace,” he states. 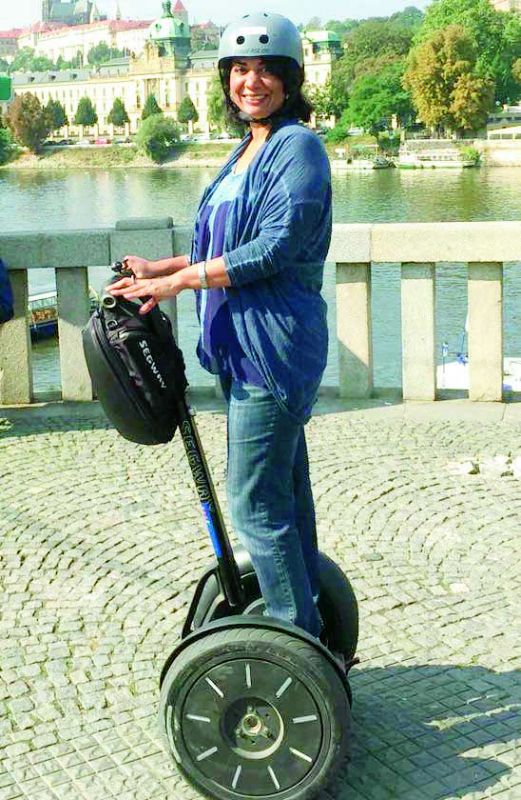 Armaan’s travel journeys have created magical moments. “Moments that stand out are plenty, ranging from almost being stabbed by someone in Srinagar to being mistaken for a refugee in Poland and being offered beer soon after, from walking with my then girlfriend post midnight on the streets of Germany to learning to surf in Gold Coast, from exploring the Great Barrier Reef and apparently being in the path of a ship from swimming out in the open to meeting World War II veterans. Choosing one experience would be unfair to the countless others, but only a few things come close to the experience of making it to the Annapurna Base Camp in three days and being showered in snow from a helicopter after a long trek,” he adds. Armaan, who, through his non-profit trust helps organise and lead expeditions to other countries, has a few pointers: “Traveling alone or not, the biggest challenge is always money. Heck, most people want to get out of their monotonous routine, but not everyone is privileged enough to fly to Nepal from Europe and get about a 112 bucks for a euro. The other challenge is leaping before looking, which is a scary thought for many. I have often found it rewarding, but I recommend people to only try it at their own risk. Nobody will guarantee the experience for you, and in the end, it will solely be yours, no matter how beautiful or ugly. You just have to make choices, make trade-offs, take decisions, and be okay with the consequences of living them.”