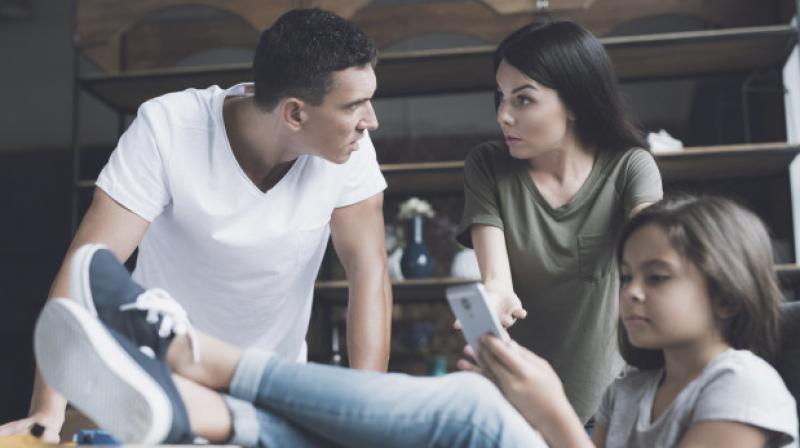 Children are exposed to several things while growing up, and for better or worse, many of those things have a lasting impact on them. Representational Image

Pornography has been around since time immemorial. Now, with the pandemic-imposed lockdowns, social distancing and a collective despair about the future, many have been finding instant pleasure in adult content.

The reasons range from the schools and colleges being closed in the country, leaving many students with more free time on their hands, to the easy access they have to adult websites because many are online on their mobile and other hand-held devices for online classes.

The development is naturally worrying the parents, for young children watching pornographic content could be a recipe for disaster especially couples with the conventional patriarchal ideas of Indian society.

“Also, as regards the Internet in India today, three vital things are amiss: anonymity, privacy and trust. So what could a ban to pornography do? Banning will certainly not make sense.”

Ritesh further points out another frightening trend with respect to kids and their exposure to adult content. Apart from the conventional content, he says, children are now also exposed to child pornography. Saying it should ideally be referred to as child abuse material, Ritesh points out that these child pornography videos are in huge demand.

“It’s like watching a magic trick that you want to try doing, too. You see something and want to see if you can do it as well or better, only in this case it is something as dangerous and child nudity and exposure on the net. So also, I believe banning is not an effective solution because children are curious,” says Ritesh.

Children are exposed to several things while growing up, and for better or worse, many of those things have a lasting impact on them. Now, with an excessive exposure to technology, children are glued to video games and social media apps most of their free time.

Experts point out that the excessive use of social media has also caused a rise in the number of children accessing adult content especially as most of the content available on these forums is sexually arousing in some form or another.

Sharing an example, cyber psychologist and the founder of Cyber Bullying Awareness, Action and Prevention, Nirali Bhatia, adds, “The kind of content children have been consuming on most of the online platforms these days have sex-laden content, which naturally leads to curiosity. And at their age, the body is also going through a change and it’s natural to feel attraction towards the opposite gender.

So the curiosity of what’s online as well as the body’s acceptance of it is very high.” Sharing an example, Nirali talks about how most of the popular video games have characters that are fully grown with anatomy similar to that of a real man or woman, with a highly sexual aura added to the graphics. “These are the factors that drive children towards pornography,” adds the cyber psychologist. “It is also important to note the kind of language kids are exposed to. What they see in the environment is what they get attracted too.”

While the Internet could be a boon or a curse, depending on how it is utilised, parents also need to provide sustainable solutions to tackle the concern. It doesn’t help that the Indian culture has never been open about expressing physical love.

And children in India, unlike those in foreign countries, don’t get to see their parents exchanging physical intimacy, and thus do not get exposed to physical expression of love.
What’s more, in their attempts to keep their children away from the dangers of adult content, many parents prefer restricting than educating them about the consequences of the unprotected and ill-informed sources of sex.

Clinical psychiatrist Alpes Panchal points out that curbing cannot be a solution though talking about sex and everything related may be a better idea.

“Good sex education from childhood and openness around the topic is one of the safe practices parents should adopt for children and teenagers to ensure that the child doesn’t become a compulsive consumer of pornography,” suggests the psychiatrist.