Suhani started the Foundation in 2015 with a mission to empower women and get them to speak about issues. 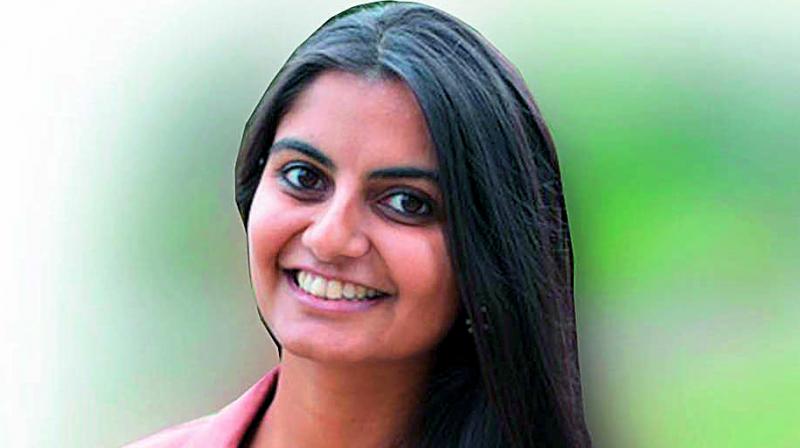 Myna Mahila Foundation, founded by 23-year-old Suhani Jalota, has been chosen as one of the seven beneficiaries of Prince Harry and Meghan Markle’s wedding.

It’s double the excitement for Suhani Jalota, the founder of Myna Mahila Foundation, which has made its way into the list of charities that will benefit from Prince Harry and Meghan Markle’s wedding. Not just that, the 23-year-old entrepreneur has been invited to the Royal wedding too.

Suhani started the Foundation in 2015 with a mission to empower women and get them to speak about issues that they generally would not talk about, just like a “chatty” myna bird would.

“We use topics like menstrual hygiene for women to open up about their bodies and their health. Women from urban slums in Mumbai are employed to manufacture and sell affordable sanitary pads back into their communities, thus improving menstrual hygiene and providing stable employment. We reach about 10,000 women a month in 12 different locations in Mumbai. 15 women work at the unit, while 50 distribute door-to-door,” explains Suhani.

Talking about how it all started, she says, “I was working on issues of public toilets and sanitation against the rural backdrop. Through the whole process, I started talking to women about sanitation and they described how they didn’t even have access to individual toilets, or how they would openly defecate, compromising on their health and dignity.”

She adds, “Through these conversations, we realised that women were at a huge loss, and were invisible as well. These women do all the work in the household and get very little credit for it; they also give themselves very little importance. Very often, they stick around with the man in their lives just because he is the man of the house.” 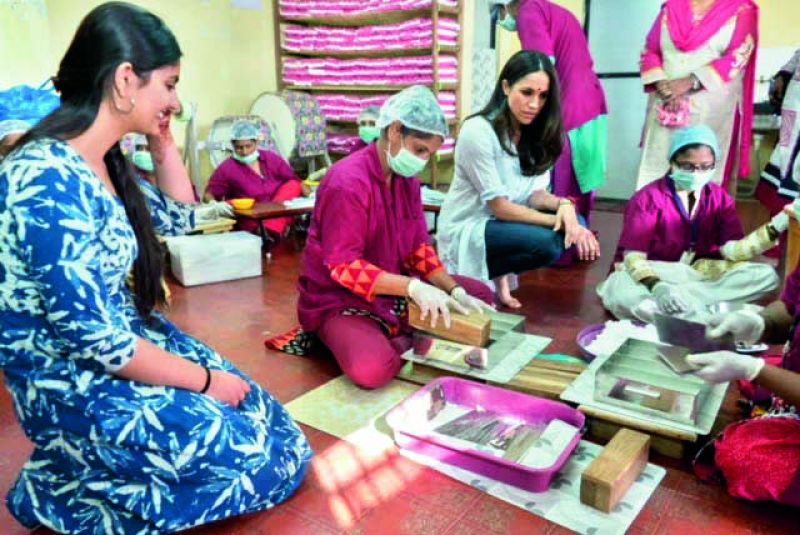 Further, Suhani says, “We wanted women to be able to stand up for themselves. We wanted to work on products that were particularly useful for women in the slums and identified sanitary napkins to be one such product.”

So when and how did the idea catch Meghan Markle’s attention? “She first heard about it at the Glamour 2016 College Women of the Year awards ceremony in New York. Since then, she has been in touch and even came down to Mumbai last year to see how the organisation works and to meet with all the women. She has been a guide and a mentor to us,” says Suhani, adding that the association will get them both attention and resources.

“It’s a privilege for us to be chosen as part of the seven beneficiaries. It talks a lot about their commitment to grass-root level organisations that are creating change, especially for women empowerment. We are reaching about 10,000 women now, we could increase three to four fold with this kind of a set-up,” says Suhani, who was bestowed with the Queens Leadership Award in 2017, and listed on Forbes 30 Under 30 (Asia) under Social Entrepreneurs this year.

As for the future, Suhani reveals, “I majored in economics and global health since I wanted to work on health systems and policy related problems. Myna is the first step to try and get into the women’s health space. We don’t really have a safe community for women where they can openly talk about their issues and get proper guidance and accurate information, so that’s where we want to go many years down the line.”