Undettered by her Befikre flop, Vaani Kapoor pushes her haute body and acting to the limit with Hrithik and Tiger in her latest movie. 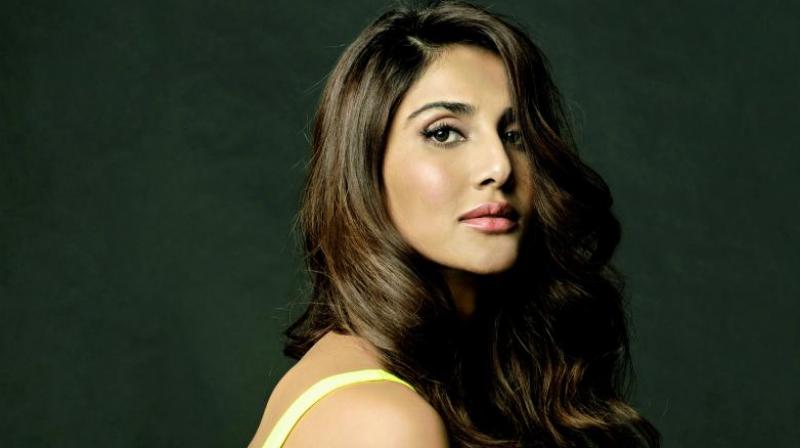 Actor Vaani Kapoor’s bikini bod and fashion choices has had the audience nod and naff in equal measure, but one has to credit Vaani for tackling success and failure with élan. The lissom lass, who made her debut with Yash Raj Films’ Shuddh Desi Romance (2013), but stared at failure with Befikre (2016) is in no mood to slowdown. She has managed to grab a meaty role against Hrithik Roshan and Tiger Shroff in WAR. While B-town grapevine says the ‘all boys movie’ is high on action, Vaani is confident of stealing the thunder with her prominent role.

How did you deal with the failure of Befikre because after that Ranveer Singh moved on with Padmaavat, a big hit?
Post Befikre, many scripts and projects came my way, but I did not want to be unfair and do injustice to something that I didn’t feel passionate about. I have tried to refrain myself from characters that do not have my heart at all. It is not like I am privileged and I have the bandwidth to do that. I also come with constrains and there are financial constraints. It is harder to get projects when you are out of sight but it’s a path that I have chosen for myself. I want to be 100 per cent truthful to myself. I did not want to do something just for the heck of it.

Considering you are an outsider, were you itching to take up projects out of desperation to make ends meet?
In that case, I would have been in a much more comfortable situation in terms of finance. Currently, my lifestyle is very basic, minimal and simple. I don’t spend too much so that I don’t reach a point where I have to sign up projects out of desperation. I have been conscious about not compromising on work. My lifestyle has been very simple. It helps.

The director of WAR says he cast you because he feels you are still a newcomer. how do you look at that despite doing two big films?
I am a newcomer. I have done just two movies. I am grateful that I got this part when I was not at my best or at the peak of my career. A lot of people put their faith in a star who is doing well. Here, they are putting their faith in me, a newcomer. I can't thank them enough. I want to do justice to the role and this is indeed a huge opportunity for me.

WAR seems like Hrithik and Tiger’s film, is your role just that of a glam doll or does it have more to it?
I believe I have quite a meaty part in the movie apart from the fact that Sid makes everybody look good. He presents everybody wonderfully. That’s a bonus. The movie has a story to it and my part is critically linked to the storyline of the film. It’s a pivotal role and it has substance. It’s not that she (my role) has come from nowhere. It has a very interesting part. I feel it is more than just looking wonderful on the silver screen.

As a female actor how conscious are you about skin show in films?
The only part I need to stress about is going to the gym and controlling my diet and all that. I cheat every day and then I crib about it. I am an actor and if there is a certain culture, certain vibe and body language that you need for my character I should be able to pull it off. There are certain things, which are out of an actor’s comfort zone, but I haven’t hit mine yet. I don’t feel awkward or odd. The day I feel awkward I will say it. For example, when you are in a poolside shot, you are expected to be in a bikini, you can’t be wearing denims. I am used to it. I am very comfortable because I do go out with my family on vacations to the beach wearing a bikini swimsuit. It’s normal for me.

Do you fear of being typecast in this industry?
After Shuddh Desi Romance people felt I am that girl in real life from a small town. Then I did Befikre, where Chopra saw my auditions and was impressed but wasn’t sure if I would be convincing as a French girl. So I had to give several auditions to convince him. So it does become a little tough some time. I won’t deny that. WAR has a modern take but I’m still an Indian girl. Whatever little has come my way, it has been great so far and versatile. There is nothing that I am doing which will typecast me into something. I am just hoping people see that I can do different roles.

You were trolled ridiculously and criticised after Befikre. How did you deal with it?
We are spiritual beings in the human body and have human experiences in this life. If you let your spirit get bogged down by everything then you are wasting your life. I am all ears for constructive criticism, but if somebody wants to bully, then that hurts. After a point they start using their own mind and perception. You need to be smarter than them. You need to be bigger than them and let go. Trolls cannot be the highlight my life. I have to move ahead and be more constructive about myself. I am emotionally and mentally very strong. For me, my sorrows are mine. I don’t even share it with my family. I don’t like to burden them with my issues. I don’t want to depress them so I have developed this mechanism where I fight my own sorrows.