A fruity affair in the hills

Chef Manu Mohindra explores how sweet and sour fruits and berries add to the culinary heritage of Himachal Pradesh. 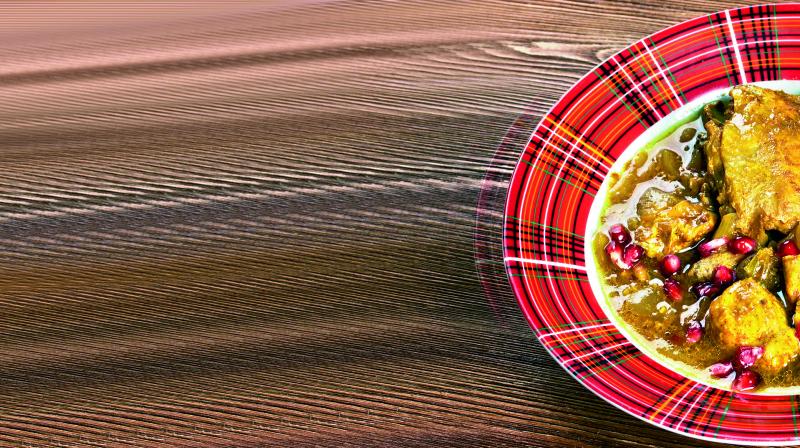 Widespread orchards, crisp apples and a range of juices and jams that leave you asking for more… each time work takes me to Himachal, there is joy in the drive. I’ve had the good fortune of working in the hills for the first years of my career and developing over six resorts in the state. I have had a delightful time exploring the fruit basket called Himachal Pradesh, and embracing its rich fruit variety used to create both traditional and modern dishes.

It’s no surprise that the spice mix used to season dishes, often comprises pomegranate with chilli, coriander, garlic and onion. That same spice mix is used to create an absolutely delicious mutton often referred to as Chaach mutton — cooked in chaach (or buttermilk) with these spices. Cooked in a similar manner is moong dal — flavoured with curd, garlic and pomegranate seeds or basically, a tadka in the end of this spice mix. Since pomegranate has the versatility of being both sweet and sharp, it lends a unique tanginess to the dish.

A long drive from Shimla takes you to Kangra Valley, a region with culinary roots similar to Punjab. Bhindi and peas cooked in curd and amchoor (green mango powder) with cardamom and fenugreek, form two delicious dishes unique to this area. Meethe chawal (again inspired from neighbouring Punjab) drizzled with local dates are the only way to end a great meal. You’ll also find these dishes as part of dham, the Himachali wedding feast with dishes like madra, palda, a mustard-based raita and dal followed by meethe chawal and mittha.

Come winters and jimikand or yam is considered the ideal dish to keep warm. It is cooked with amla, curd and coconut. In each home, people add their own version of spices and thus, no two dishes of yam will taste the same.

Somewhere between Shimla and Kangra, we chanced upon Bhaang ki chutney. Recommended with local grain roti and pahari chicken, the inhabitants of this farmhouse had a unique recommendation to try this chutney with banana. The firm flavours and texture of banana paired well with the chutney which is more pasty than creamy.

Dal, similar to toor dal that I have tasted in Uttarakhand, is also cooked in winters with a sharp chutney comprising of garlic, onions and local lemon. The dal also varies based on regional availability and affordability within Himachal, but mostly, people mix two or three dal types to create Type A proteins.

The district of Chamba, which houses the famous tourist city of Dalhousie, is a potpourri of cuisines. No wedding in Chamba is complete without meat darawalla — mutton cooked in pomegranate seeds only. Khatte meethe chawal also mark grandiose occasions, and now while tamarind (imported from the South) is used for the tanginess, in earlier times, pomegranate lent it the same flavour.

Drive onwards to what I consider heaven on Earth — Spiti. It’s a rough ride from Manali taking over 8 hours, and you’re in a soup if you’re out of fuel or low on tyre pressure. But once you’re in Spiti,  the cold winds and picturesque sights will build your appetite, and the delightful dishes form your Ecosphere. Berries are found in abundance in this region, most poisonous, but others extremely tasty and with healing properties.

Sea buckthorn berries, slightly sweetened and added to shallow-friend unleavened flat bread, seems like bread and jam, and its flavours are deceivingly unique. These berries, though,  are being commercially harvested and added to food retail and skin products due to their health properties and high quotient of Vitamin C.

Traditionally, upto the 1970s, even the process of pickling meats involved fruits since each fruit lent sweetness or sourness, and retained high health values. Pomegranate, berries or even something resembling unripe strawberries were the popular picks based on easy availability and the play of flavours that these fruits offer. With great connectivity came availability of products, and pickling methods changed and so did the additions — most choosing tamarind to lend the sharpness.

In Shimla and surrounding areas were homes of Britishers and for most of their rule, this area was exclusively under their domain.

The Anglo-cuisine developed here comprised chicken or lamb stuffed with dates, and citrus, playing with the sweet and sour flavours that the hills are synonymous with. Cakes and preserves, jams and juice, marmalade and more… you can still find these in remote villages across the hills.

Another interesting dish that I came across was savoury rice cooked with fruits. Specifically, wild rice or brown rice were chosen for this and the pulao created comprised of nectarines, peaches, orange jus, onions, garlic and rock salt.

A final dressing of mint or asafoetida and here was a dish comprable to the best of the west. Very similar to tudkiya bhath, this dish is served with mash dal. 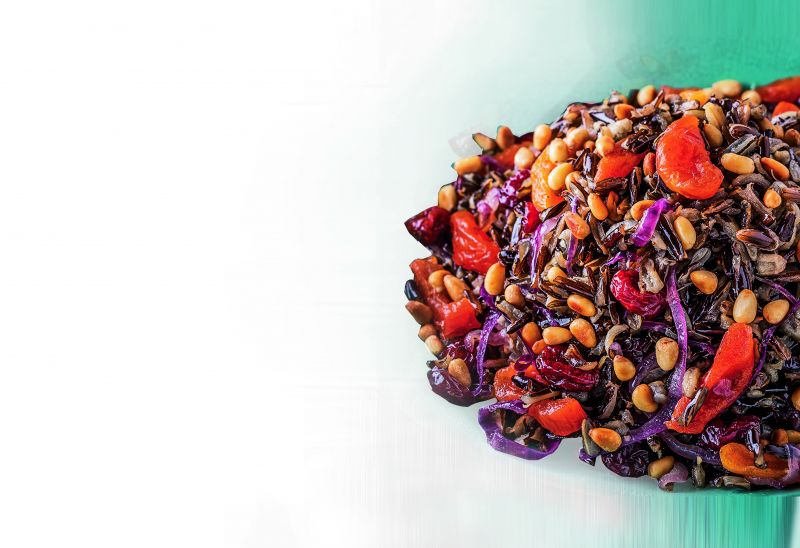 Method
Cook rice with oil. Then add veggie broth and bring to a boil. Lower heat to a simmer and cover. Cook until all liquid is absorbed for around 30 minutes.
Combine onions, garlic, orange juice, oil and half teaspoon of salt.
In a large serving bowl combine wild rice, peaches, nectarines, and mint. Add the above mixture to it and dressing and mix well. Add to the rice and cook for another 5 minutes.
Top with chopped mint or asafoetida.

Method
Grind mint, coriander leaves, garlic, pomegranate paste and ginger together.
Marinate chicken in this for around four hours.
Heat oil and add cumin seeds.
To this, add chicken along with remainder marinade.
Top with pomegranate jus.
Cook on high heat.
After 10 minutes, reduce the heat and let it simmer, stirring occasionally.
Serve hot.