How a single decision of Jawaharlal Nehru saved Indian cricket

This is further borne out by the dramatic change to the tour programme that the ICC made in that June 1950 meeting. 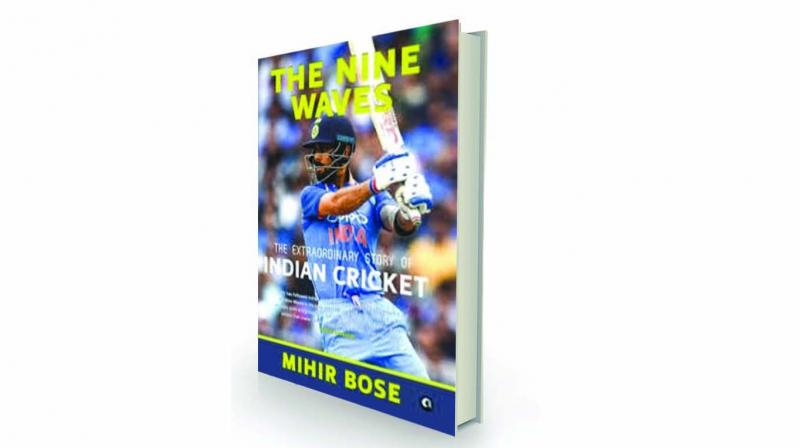 Titled Nehru Saves Indian Cricket, Chapter 7 of this book describes how the decision of India’s first Prime Minister to keep the nation within the Commonwealth impacted the future of Indian cricket. An excerpt.

Jawaharlal Nehru’s role in Indian cricket has not received much attention from his various biographers but there is little doubt that it was a political decision he took that preserved India’s Test status. Unlike Gandhi, who had no interest in sport (once, when requested to help the hockey team, he asked, “Hockey, what is it?”), Nehru had played cricket at Harrow. He had not shown any great skill, but he clearly cared for the game. When the West Indies arrived he made sure the first Test was played in Delhi. It was the first representative match played in Delhi, and Nehru considered it important that free India's first home Test series should start in the capital. Nehru knew the power of sport and did much to promote the Asian Games, whose inaugural edition in 1951 was also held in Delhi. One of my most vivid memories when growing up was to see every year a picture in the Times Of India of Nehru padded up, playing in the annual parliamentary match...

When India became independent in 1947 it became a self-governing dominion within the British Commonwealth, the first brown nation of the British empire to enjoy such a privilege. India accepted that the British monarch was still the king of India. The Indians saw dominion status in 1947 as a temporary measure until they could finalise their constitution...

But Winston Churchill and Clement Attlee began to pester the Indians to stay in the Commonwealth. Churchill suggested that even if India became a republic... India could remain a republic within the Commonwealth and still accept the king. The king seemed to like the idea and both he and Churchill thought of him becoming the president of India. Attlee, who wanted India’s constitution to have a specific role for the British king, wondered if a republic was really in the traditions of India and suggested a title might be found for the king from India’s heroic age. He talked about the royal family being of a universal nature, transcending creeds and races.

Nehru found such ideas ‘juvenile’ but, maybe because he liked being described as the last English prime minister of India, or, maybe because he was in love with  Edwina Mountbatten, he decided to overturn established Congress Party policy. Overriding fierce opposition, led by Sardar Vallabhbhai Patel, he agreed to keep India in the Commonwealth.... India would become a truly independent country with its own president, but it would also remain part of a wider club whose permanent president was the British monarch. Neither the new Commonwealth nor the British monarch had any power in India.

For Indian cricket this decision was to have far-reaching significance. On 19 July, 1948, when the debate about the Commonwealth was at its height with very secret letters flying between Delhi and London, the Imperial Cricket Conference (ICC) met at Lord’s. At that conference, the first since India had become a self-governing dominion in 1947, the matter of India’s changed status came up. It was decided that India could remain a member of the ICC but only on a provisional basis. The matter would be looked at again after two years. It is clear that the ICC, unsure whether India would remain part of the British Commonwealth, was waiting for the politicians to decide.

At this meeting in 1948 the future tour programmes, extending up to 1952, did not list any visits to or by India. Indeed, the winter of 1951-52 was left blank and it was agreed Australia would tour England in 1952, that year being the end of the traditional four-year gap for Australian visits to England.

On 26 January, 1950, India finally became a republic, but remained part of this new British Commonwealth. The ICC met six months later, on 27 and 28 June, 1950, at Lord's and, reassured by this, made India a permanent member of the ICC. Rule 5 of the ICC very specifically stated that membership of ICC shall cease should the country concerned cease to be part of the British Commonwealth. Had Nehru not agreed to keep India in the Commonwealth, then Indian cricket would have failed the basic test of ICC membership. In that case it is almost certain that at its 1950 meeting the Indian board’s provisional status would not have been made permanent. India would have been cast out in the cricketing cold. The formal reason ICC gave for making India a permanent member was that the separation of Pakistan had not materially affected the standard of play in India. How it could have reached that decision is hard to see. There had been no cricket contact between England and India since 1946. Since 1947 India had been thrashed in Australia, lost at home to the West Indies and also lost to a side put together by a retired English wicketkeeper. This was the ICC using cricket talk to camouflage a naked political decision.

This is further borne out by the dramatic change to the tour programme that the ICC made in that June 1950 meeting. It was decided that the MCC would tour India, Pakistan and Sri Lanka in the winter of 1951-52 and India would visit England in 1952, in back-to-back Test series. The Australian visit was pushed to 1953, making the gap five years — the longest between Australian tours to the UK.

Nehru’s decision could not have come at a more crucial time. In 1950, India qualified to play for the football World Cup for the first and only time. But there were many problems, including foreign exchange, transport — the tournament was held in Brazil — and also the Indian insistence that they play in bare feet. FIFA refused to sanction this and India, in a decision that was to haunt its football, withdrew.

At this point, it’s interesting to do a thought experiment. Let's imagine that on 26 January, 1950, India on becoming a republic, leaves the Commonwealth. Six months later the ICC meets and downgrades India from provisional member to non-member. However, even as the ICC comes to this decision, Indian footballers, playing with boots, are taking part in football’s first World Cup since World War II — the ICC meeting took place in the middle of the World Cup in Brazil. And building on the impression they had created in the 1948 Olympic football tournament, they make a mark on the biggest world stage for team sports. Indian cricket, on the other hand, cut off from the world, withers.

We need to appreciate how fragile Indian cricket was throughout much of the 1950s and how much stronger Indian football was. In 1950, Indian cricket had achieved nothing on the world stage. It had yet to win a Test. Nor through the 1950s did India do much in cricket, and for most of the decade Indian cricket struggled to attract worthwhile opposition. For some seasons they had to make do with playing unofficial ‘Tests’ against so-called Commonwealth sides composed of players from many lands organised by George Duckworth. The decade ended with a series of mind-numbing defeats at home and abroad.

In football, on the other hand, India won the Asian Games gold in 1951, again in 1962, and came fourth in the Melbourne Olympics in 1956. Had football grabbed its chance, and Nehru followed Congress party policy and left the Commonwealth, who is to say that today football, rather than cricket, would not be the main sport of India?...

Had India left the Commonwealth, hockey too could have got a boost. This was one sport where India was a superpower and had the sort of success it has never ever enjoyed in any other sport. In hockey India had made its international debut four years before cricket in 1928 in the Amsterdam Olympics and, while India lost in its first cricket international, in hockey India beat the world, winning gold. That this was no fluke was emphasized in the next forty years, India winning gold in the next five Olympics in 1932, 1936, 1948, 1952 and 1956. Indeed, India did not lose a single match at the Olympics until 1960, the greatest run by a field sports team. All these competitions were held abroad ranging from Los Angeles through Berlin, London, Helsinki and Melbourne. Yet during that period India did not win a single Test abroad or even come close and also had some disastrous results at home. It was only after India finally lost its gold to Pakistan in Rome in 1960 that the fortunes of the two sports were reversed.