Towards human liberation through spirituality

An essential feature of Islamic philosophy is the spirit of sincere inquiry and continual learning. 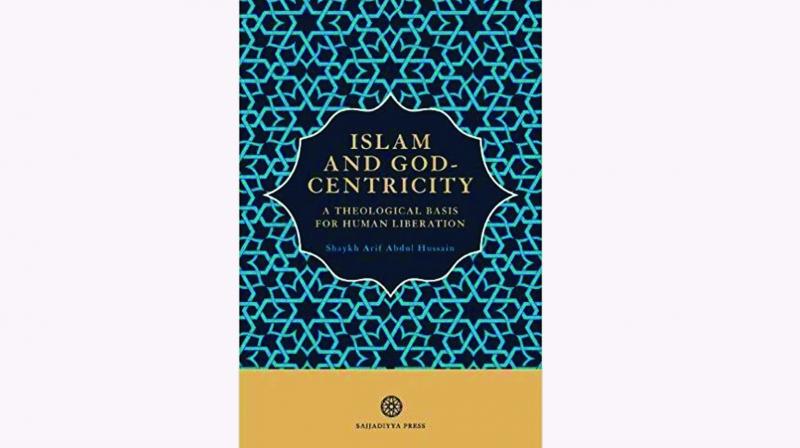 These volumes are a compilation of the transcribed and edited talks of Shaykh Arif Abdul Hussain in which the essential message of Islam and Prophet Muhammad’s message of God-centricity is presented in a fresh re-evaluation of religion and human purpose. The talks outline the philosophical foundations of the Quranic outlook for humanity, in which religion and prophetic teachings are envisioned as a purposive process of continuous spiritual growth .The leitmotif of the book is the role of the Quranic principle of God-centricity in maintaining universal equilibrium.

By identifying the core tenets of purposive religion, the author embraces a philosophically rigorous concept of human progress that is informed by the teachings of Islamic sages and mystics. It provides an interpretation of religion that regards humans as dynamic beings engaged in a process of achieving greater degrees of perfection at both the individual and communal levels. This progressive and endless process allows religion to keep evolving in accordance with levels of human development. Religion is thus the sina qua non of human success.

An essential feature of Islamic philosophy is the spirit of sincere inquiry and continual learning. The history of humanity has been punctuated by waves of progression and regression, both of which are the result of either the presence or absence of the spirit of sincere inquiry and learning. Today, there is no facet of life in which this spirit is lacking; religion being ironically but sorely the worst casualty. Fundamental to this process is the examination of the theological assumptions of religion by their individual adherents.

Shaykh Arif founded the Al-Mahdi Institute in Birmingham in 1993, and currently serves as its director. For over 20 years, he has been at the forefront of training students in Islamic theology and equipping them with tools that can enable them to address the needs of contemporary societies where religious values permeate entire cultural systems. Arif’s spiritual messages are girded in the modern lexicon: This is the reason why they have found natural soil in a world where religious, spiritual and philosophical outlook inform decisions and instincts of great leaders in diverse fields.

Arif’s mission is a response to the need for an institutional movement to address challenges to religious faith in general and to the Islamic faith in particular. Similarly, there is the need for understanding the ethical and social values enshrined in the Quran and the Sunna in the context of modern cultures. These challenges have been faced largely without the guidance of adequately trained scholars.

The core pedagogy at Al Mahdi is centred around its emphasis on the use of modern theories in the study of religion, theology and language. The aim is to train and prepare students who will be able to function within Western academic traditions and contemporary intellectual discourse as participants, not spectators. He is aiming at the spiritual, moral, social and cultural development of the new generation in ways that equips them better to face modern challenges. Although he belongs to a predominantly Shia school and liberally draws on imagery from Shia icons for expounding his thesis, Arif’s focus is clearly on the core Islamic creed. He steers clear of peripheral thought areas that can generate sectarian friction and obscure his central mission.

The pluralistic world created by the diffusion of understanding of the world’s major faith traditions has made religion a vital resource in the task of building a good society, a world where all can live freely and pursue visions of the highest values. We face a constant struggle with the moral, material, social, cultural and political complexities and oddities of an ever-rapidly changing society. Spiritualism is truly a way of setting out and travelling the paths of the heart, mind and the imaginary.

The different spiritual paths lead to the same human heart. The vast spiritual heritage is actually the common treasure of all of mankind. Our civilisation’s spiritual prism provides a kaleidoscopic canvas of shimmering stars of wisdom. The blazing radiance exuded by this constellation is what keeps the darkness of carnal impulses from overwhelming us.

The spiritual quest is an internal journey — it is a psychic path. Very often, priests, rabbis, imams, and shamans are just as consumed by worldly ambition as regular seekers of material possessions. But all this is generally seen as an abuse of a sacred ideal. These power struggles are not what religion is really about, but an unworthy distraction from the life of the spirit, which is conducted far from the madding crowd, unseen, silent and unobtrusive.

We must understand that every scriptural book has to be read, not only with the tongue and voice and eyes, but with the truest and purest light which our heart and conscience can provide. This is the only way we can internalise it. Spirituality springs from the soul, and permeates the entire being. If the soul becomes barren; we will continue to practice our rituals robotically. What is the point if our prayers and fasting and our rituals can’t clean our heart and enhance the quality of our character? In our religious journey, we often mistake the guideposts for the final destination. At that point, prayers become mere empty words; rituals become routines and the soul becomes a slave of habit.

The scriptures have not to be just ritualised; they have to be applied to our everyday lives. What ultimately matters is the purity and chastity of the conscience and this is the primary attribute of a true servant of God. It is the most authentic barometer of our piety. Spiritual values are the central axis of the chariot of civilisation As Woodrow Wilson emphasised, “Unless our civilisation is redeemed spiritually, it cannot endure materially.”

Finding common ground among faiths can help us bridge needless divides at a time when unified action is more crucial than ever. As a species, we must embrace the oneness of humanity as we face global issues like pandemics and economic and ecological crises. At this scale, our response must be as one. Harmony among the major faiths is an essential ingredient for peaceful coexistence. From this perspective, mutual understanding among these traditions is not merely the business of religious believers — it matters for the welfare of humanity as a whole.

Preachers like Arif, who combine religious luminosity with modern wisdom and learning, are a gentle, mindful presence in a world where scriptural principles are being increasingly recognised as fundamental to every walk of life.

Moin Qazi is an author, columnist and member of the National Commission on Financial Inclusion for Women at the Niti Aayog