The obvious alternative is to make use of the informal providers who do have access to the patient population. 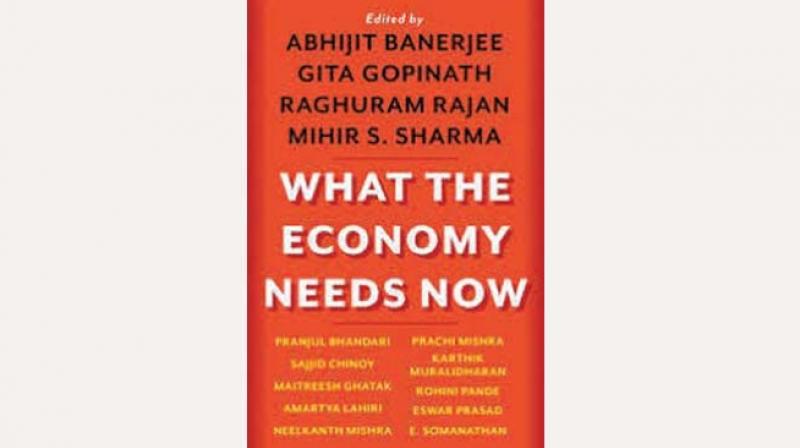 The biggest news in health and healthcare is Pradhan Mantri Jan Arogya Yojana (PMJAY), or Ayushman Bharat, which is a publicly funded universal insurance scheme that mainly covers hospital care. The coverage of this scheme is generous and, if properly implemented, it will protect people from the often-devastating economic consequences of a serious illness or an accident.

The concern with this scheme is that it is not easy to implement. Rampant fraud led to the closure in Rajasthan of the Rashtriya Swasthya Bima Yojana (RSBY ), the previous edition of a publicly funded insurance scheme. These issues have not been tackled explicitly, so the scheme may run into problems.

In particular the model’s reliance on the trust model means that the government, as against insurance companies, has to adjudicate claims about the appropriate prices and treatments. For example, the government will have to set the right price (for that location) for each individual service provided and also make a list of exactly what services would be provided to patients with specific conditions. In other words, there will need to be a full catalogue which specifies exactly what the hospital does if someone is brought in with chest pain, and how much it will be paid for it. For example, for a particular patient would the trust pay for a stent (cheap) or a bypass (expensive)? And in each case how much would it pay?

There is also the problem of what to do when there is prima facie evidence that either unnecessary procedures were carried out or false diagnoses were made. Or when there are claims that patients are being forced to pay extra for services that they are supposed to receive for free. Would the patient know what she is entitled to and what goes beyond her entitlement? And how do you settle the dispute, given that there will typically be no hard evidence either way — did the patient demand something the government won’t pay for, or was it imposed upon them? Relying on our already overburdened court system will not work except in the most egregious cases, so it has to be based on threats of exclusion from the system in the future. But not every disputed claim is illegitimate. Therefore, some judgment will need to be exercised, or else legitimate hospitals will not want to participate in the scheme. But who will provide that judgment?

In the United States, under Obamacare, these tasks are carried out by professionals who have a great deal of expertise in healthcare and healthcare costs and can therefore detect patterns that do not add up, and make credible arguments against dubious claims. So far there seems to be no awareness of this issue and no plan to hire very large numbers of professionals to manage the system (indeed, it is not at all clear where so many professionals would come from). There is the idea that hospitals will hire Ayushman Mitras to guide patients through the system, but it is not clear that they will have the right incentives (they are hospital employees, after all) or the right skills.

However, even if the scheme eventually works well, which we certainly hope, it is not clear that it will solve the main health challenges we face. We are still the economy with the largest number of malnourished in the world, despite some recent improvements. We are also facing a surge in NCDs like diabetes, blood pressure and cancer — in part because of ageing, in part because of the poisoned environment in many of our cities and in part because of various lifestyle issues (lack of exercise, bad diet and tobacco/alcohol use, for example). Finally, we face rising resistance to antibiotics, largely because of overuse.

The obvious way to deal with these issues is to make use of people’s primary point of contact with the healthcare system — the person they regularly see for what they believe to be minor ailments. This is the person who can spot any worrying changes in the patient’s health, do a quick check of their haemoglobin, blood pressure and blood sugar, or measure a child’s height and weight, and encourage them to take the required action. They are often close enough to be able to check up on whether the patient did take the recommended action (or whether he or she continues to take their medicine), and to put pressure on them if not. They can also pass on useful public health messages, such as the importance of wearing sandals, immunising children or not cooking in closed environments.

Here is where we have a huge problem. Ayushman Bharat does very little for primary healthcare. It has been announced that 1.5 lakh health and wellness centres will be set up, partly to deal with primary healthcare issues including NCDs — but, given the budgetary allocation of less than `1 lakh per centre, this looks more like a very minor upgrading of the existing sub-centres and/or primary healthcare centres (PHCs). Similar and sometimes more ambitious upgrading, including the provision of some free medicines, has been attempted by a number of states in the past; but, for the most part, there has been no reversal of the trend towards wholesale exit from public healthcare, especially in North India.

There is now a substantial body of work that documents that, in many states, more than three-quarters of visits to primary care centres are to private providers — even though most of these providers have no medical qualification whatsoever. This is in part because the sub-centres are open intermittently and unpredictably, and doctors and nurses are often missing from the PHCs. In part, it may also reflect the lackadaisical attitude of doctors in the public system.

The obvious alternative is to make use of the informal providers who do have access to the patient population. It should certainly be recognised that they have the potential to be a public health hazard, especially because they abuse antibiotics and steroids — which contributes to rising resistance.

However, the policy response to this phenomenon has been mostly to declare these informal providers illegal and then to ignore their existence. This essentially deprives us of the primary tool for dealing with the very serious health problems that we are facing. We need to think of ways to integrate them better into the overall healthcare project and give them better incentives, which would be easier if they had something to lose.

Based on this, we suggest the following steps:
1. Recognise and train informal healthcare providers. A randomised control trial that was carried out in West Bengal shows training private sector informal healthcare providers improves their performance (measured by sending them ‘fake’ patients) by a very significant amount. Based on that, West Bengal has already begun training many thousands of informal health providers.
2. Develop a set of cell-phone-based checklists for treatment protocols for these practitioners to use, to react to the common symptoms they face. This is similar to what Atul Gawande has proposed for the United States (but much more basic).
3. Develop a simple test that allows the government to certify these practitioners as health extension workers. Passing this test will allow them to deliver various public health interventions and perhaps be paid for participating in them. Moreover, evidence suggests that patients are aware of the value of such certification and trust those certified more.
4. Recognise those who are certified as the front line of defence against NCDs and malnutrition. Think of ways to reward those whose referral leads to the detection of a serious ailment.
5. Enforce existing laws that make it impossible for these practitioners to dispense high-potency antibiotics and steroids. This includes shutting down stores which violate the existing laws about who can prescribe what. At the same time, make it legal for informal providers to prescribe a range of less critical medicines, much like the nurses.
6. Expand the number of MBBS doctors and trained nurses coming out of the system and consider introducing some other intermediate degrees for practising a limited range of healthcare. This is the model we had before Independence and the one that many other countries have adopted.

In addition, it is not clear that the government should rely entirely on the private sector to deliver tertiary care within PMJAY. Conflicts over the appropriate payment for treatment and accusations of fraud in private sector providers is common in the United States. There are already complaints from the healthcare sector about the prices the Indian government is proposing, which might result in many hospitals opting out and others selectively refusing to deliver certain treatments (even if that is against the rules). Given all this, having a public sector alternative available gives the government bargaining power that it can use when needed.

Excerpted with permission from Juggernaut Books

Book Review | Panchsheel and other delusions that wrongfooted our China ties