Lucid but flawed snapshots of life

But the story I most enjoyed — and this is personal — was “Possessed”, about Prof. 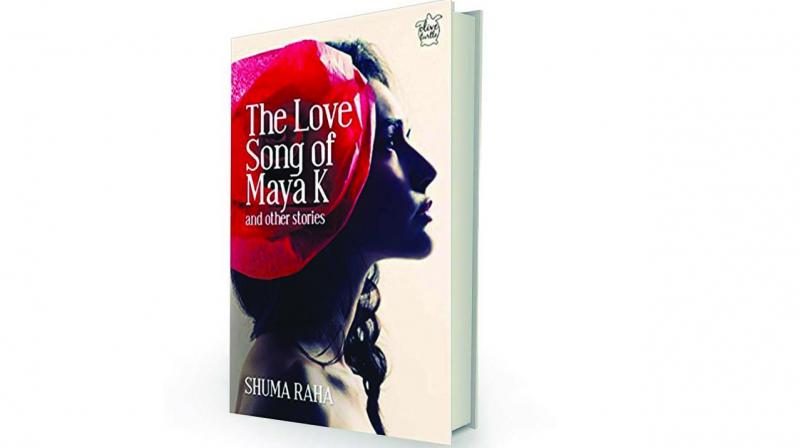 There are two reasons why I usually avoid reading short stories. The first is the length. I understand that short stories are more about moments to think about than stories complete with beginning, middle and end. But as much as I appreciate significant moments in life, I’d rather find them in full-length novels where I am invested in the characters and their situations, than in short stories where these moments appear to dangle arbitrarily in mid-air.

Which brings me to the second reason I usually avoid short stories: they often seem to be totally random, sometimes even deliberately obscure. Which means that I’ve often complained to myself that for once, at least once, I’d like to read a collection of short stories that are direct and to the point. I do not like dangling in mid-air. And even if I did, I’d be bungee-jumping off a cliff somewhere, not sitting with my face in a book of short stories.

But it seemed, when I started reading Shuma Raha’s collection of short stories titled The Love Song of Maya K, that my complaint had finally been addressed. The 13 stories in this book are certainly direct. Almost each one even has a beginning, a middle and an end — a rarity in the modern short stories I have read. So you’d imagine that I’d be delighted — but I’m not. I have very, very mixed feelings about this book.

On the pro side, the stories are so well-written that they are extremely easy to read. There are no awkward sentences, no stylistic incongruencies, nothing that makes my inner sub-editor shudder. The writing is so beautifully smooth, in fact, that once I picked up the book, I didn’t even realise that I had read seven of the 13 stories in one sitting till I was interrupted by a phone call.

But that smoothness of style unfortunately doesn’t match the content of the stories. In most cases, I found the endings predictable: nothing left me shaken and stirred because I knew exactly what was coming, even if at times, especially in the story “Daddy is Home”, I could not have anticipated the details of the ending.

This made the book problematic for me, because I was both truly immersed in the writing — totally able to visualise the environments in which the stories are set, absolutely concerned with what happens to the protagonists — and yet, disappointed by what I read. Take the title story, for instance. The Love Song of Maya K drew me in with its setting, a Delhi coffee shop patronised by left-leaning, yet wealthy liberals, set me up to see how Maya was led astray by her idea of a good marriage, had me wondering what Jamila had to do with the whole affair, and then let me down — splat! — on the very last page.

Then there were two stories very much based on the news these days. “The Kill” built up an amazing sense of tension; I was dying to know what this poor family was being accused of by their “moral” neighbours. I was emotionally torn, just like Rohit the presswalla, about the kill to come. Yet, the second that Rohit decided to accost the school-going daughter of the family and warn her of what was going to happen that night, the story went as flat as a long-opened soda. Similarly, in “April is a Cruel Month”, I was first swept away by what I imagined was a wholly different take on a Hindu-Muslim love marriage, only to be dumped like so much flotsam on a dirty beach.

This isn’t to say that all the stories are disappointing. I loved “The Leaving”, about an elderly couple forced by financial difficulty to sell their ancestral home to developers; the end was certainly predictable, but I was left — still have the emotion, in fact — wondering about love, companionship, long past betrayals, and the meaning of everything I hold dear.

And I grinned all through “Saturn’s Rings”, about Anisha, born with not only Saturn in her astrological sign, but also the influence of a rakshas. Anisha is so squashed by a mother determined to stamp out any possibility of the dire destruction promised by her daughter’s “horrorscope” (I use this word deliberately), that she has absolutely zero sense of self, till the crucial moment when her horoscope matches that of a nasty young man, and her parents, despite her protests, decide to marry her to him. Anisha discovering the uses of her horrorscope made me incredibly happy; I almost chanted “you go, girl!”

But the story I most enjoyed — and this is personal — was “Possessed”, about Prof. Sinha, a nasty piece of work who lost his job at a reputable college after being investigated for sexual harassment, and now lurks on social media in the guise of a 28-year-old, working slowly but surely to bring teenage girls into his orbit. What happens to him when he finally catches 15-year-old Payal, and even after that, when he should have learnt his lesson but clearly has not, made me want to leap up with joy.

For all their flaws, the stories in The Love Song of Maya K do have an impact on the reader. This is former journalist Shuma Raha’s first foray into fiction, and I’m guessing that her second book will be much stronger.