While much of the book and its many short sections tend to be somewhat disjointed and faltering, as we approach the end, things change 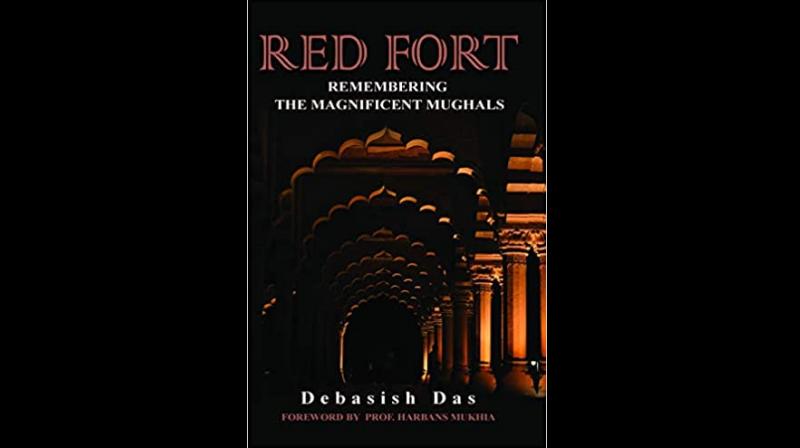 The Red Fort which broods over the older parts of India’s capital, New Delhi, is today considered a symbol of the country’s magnificent past. It is from the ramparts here that successive Prime Ministers address the nation every Independence Day. Each year thousands of curious Indians come to admire its red sandstone walls towering over the old city and the remains of the Mughal courts inside. This monument is viewed as an enduring achievement of India’s once powerful rulers, whose fame had spread to all corners of the earth.

Yet, not all of the Fort’s history is exemplary or admirable. Much of it is sordid. A lot fascinating. And most of it, tragic. Author and amateur historian, Debasish Das, has painstakingly researched and resurrected the fort’s many-faceted histories and produced a book rich in anecdotes, facts, trivia and stories.

“The Red Fort, where resided the Mughal rulers till the very end is now an empty shell,” Das observes. “Its Hayat Baksh garden, where emperors strolled in the perfumed air and where moonlight functions were held, is all but a soulless grassed land.” “Today, as we join hundreds of others pouring into the skeletal remains of the monument to gawk at its beauty, all we can find are shards of fragile memories of an age long forgotten — an age of grandeur and opulence that we can only witness in our mind’s eye,” the author writes.

The book, therefore, seeks to resurrect the past, tell us how the Red Fort came to be and how the fortunes of successive Mughals, their courtiers, numerous wives, children and supplicants were inextricably tied to it. One focus is on the extravagance, opulence and sheer wastefulness of Mughal lifestyles.

We are told that Inayat Khan in the Shah-Jahan-Nama wrote of how the emperor conceived of the idea of the Red Fort on the banks of the Yamuna much further upstream from Agra, the original Mughal capital. Shah Jahan wanted “a pleasant site, distinguished by its genial climate, where he might found a splendid fort and delightful edifices, agreeable to the promptings of his generous heart, through which streams of water should be made to flow, and the terraces of which should overlook the river”.

And so the fort was built: “From 1648, the Qila-Mubarak, Qila-i-Surkh, Qila-i-Shahjahanabad, or Qila-i-Mualla, as it has been variously known over the ages, saw not only the golden age of the Mughal Empire flourish under its founder but also the very decline and decimation of the same great Empire.”

The book follows the vicissitudes of the Mughal lineage and adds numerous little sections on the habits, customs, and delights of the Mughals. Apart from the architectural influences that defined the monument and descriptions of its principal components like the Diwan-e-Aam, Diwan-e-Khaas, its gates and gardens, the book makes sudden forays into matters such as the eating habits of the Mughals, their intoxicants, costumes, jewellery, pastimes and pleasures.

The book at times seems eclectic and unstructured. Here, one is tempted to heed the warning of professional historians against the amateur. Dilettantes, historians aver, with little understanding of nuances and limited academic discipline can do more harm than good. So, it is with a little trepidation that one must approach a work such as this one, put together not by a historian but by a telecom professional.

However, where the professional historian would fuss about sources, ponder long on academic debates and stress a point over lengthy pages, amateur historian Das is fresh, energetic and overflowing with stories about the strange days and ways of the Mughals of the Red Fort. His book will serve as a fascinating guide for the lay reader and visitors to the Fort, if for nothing else, its exuberance.

While much of the book and its many short sections tend to be somewhat disjointed and faltering, as we approach the end, things change. The narration of the battle in 1858 between the Indian rebels holding Delhi and the British forces is recounted masterfully. The thrill of battle, the tragic mayhem that followed and the pitiful end of a magnificent empire are well conveyed.

Here the amateur excels. Where a formal historian would have been conservative and measured, this book’s author is flamboyant and truly captures the mood at the time of the momentous defeat of the Indian force and the fall of the Fort: “In the Red Fort, British troopers with their hands soiled black with gunpowder, threw open drawers containing Mughal trinkets, tore down illuminated Persian manuscripts, and in the zenana still heady with fragrances of rose ittar, they tore down curtains, turned and flung away rich fabrics and carpets. Even General Wilson could not resist the temptation to sit on the Mughal throne for a while.”

The end was the complete and abject defeat of the once magnificent Mughals. The last emperor Bahadur Shah Zafar and his wife were exiled in Rangoon while all their children were systematically murdered by the British so that no Mughal heir remained. The Red Fort itself was saved though most of its buildings were razed to the ground. The book, in the ultimate analysis, is a refreshing compendium and a story well told.