Books   05 May 2018  Russian tryst with football’s extravaganza, at a glance
Books

Russian tryst with football’s extravaganza, at a glance

Till finals day in Moscow on July 15 then, read on, share and enjoy this offering. 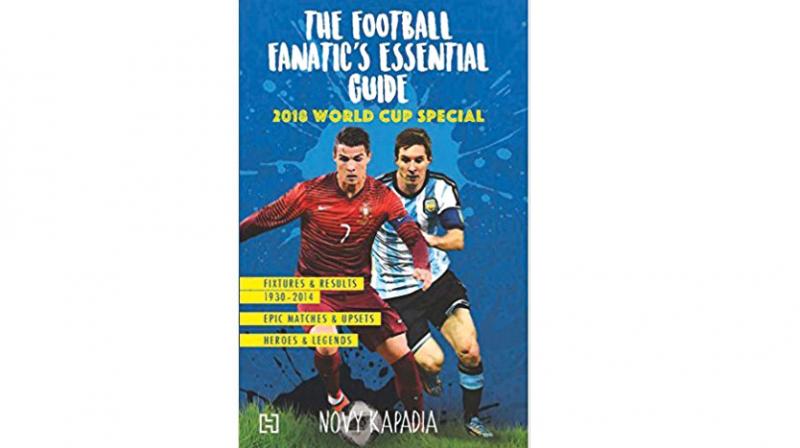 Have a query on club football in India, or England, or almost anywhere in the world? Need to catch up on some quick facts on one of Fifa’s past 20 football World Cups? Or an obscure Uefa event of 20 years ago? Or even how the Mohun Bagan team of 1977 performed?

For many even peripherally interested in the footballing universe, there has been for years now, one name to go to. Internet searches can be tiresome unless the parameters are very exact, while record books often tend to draw one away from the main purpose of opening them in the first place into suddenly-glimpsed bylanes and interesting shadowy nooks. At such times, one turns to the vast font of soccer lore called Novy Kapadia.

The now-retired professor of English from Delhi University’s SGTB Khalsa College is finally able to take time out from his still-busy schedule to share his passion about football, in this case with his second edition of The Football Fanatic’s Essential Guide to the Fifa World Cup ahead of this year’s edition in Russia. The earlier one was published ahead of the 2014 tournament in Brazil, with his epic Barefoot to Boots: The Many Lives of Indian Football sandwiched in between.

As with any sporting mega-event, facts and figures are staples for the fan. Records, facts, quirky happenings, winners and losers, goal-scorers and goal-stoppers are all avidly searched for and shared when the event rolls around every four years since its very first edition in 1930. And in his handbook ahead this summer’s tournament, Kapadia covers all the bases in the space of 252 pages, that also includes a start to finish tracking chart for Russia, 2018.

Besides the plethora of past records and lists, there are also some shared thoughts on this year’s event. While picking the winner is always top of the mind, this edition becomes very special for — and from — an individual’s point of view. For the greatest contemporary player on the planet, it is one final chance to enshrine his global legacy.

As Kapadia notes, “It is Lionel Messi’s last chance to win a World Cup and he would need the support of his heir apparent Paulo Bybala, strikers Sergio Aguero and Gonzalo Higuain and winger Angel di Maria to be in top form if he has to achieve that dream.”

Till finals day in Moscow on July 15 then, read on, share and enjoy this offering. And by the way, there is also a quiz to test your knowledge — or lack of it — here.