The admiral reveals how a statesman-like Prime Minister took pains to gain insights into its diverse Armed Forces. 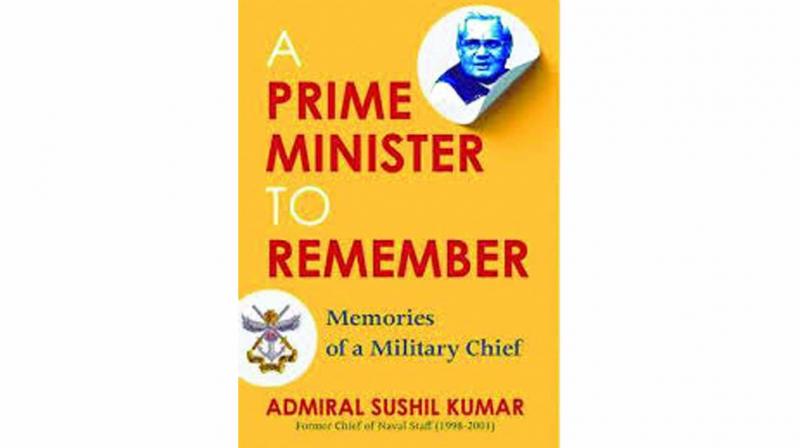 India’s post-Independence history, which is still not taught in schools and colleges, exemplifies how civil-military relations can impact a country’s security, integrity and standing in the world. It has been amply proved how good civil-military relations have resulted in victory in wars and vice-versa. It is this aspect that is illustrated in this book which makes it important and welcome.

Of India’s many misfortunes, the first was that after many centuries of being attacked, marauded, pillaged and ruled over, Independence came with the unprecedented ordeal of Partition. Saddled with the newly-formed West Pakistan and erstwhile East Pakistan, as well as a potentially hostile China, it was a time to take some hard decisions. However, that was not to be. India’s top political founders made a poor start; (a) not factoring the extent of India’s vast land and sea boundaries, (b) being naïve in assessing the threats and intentions of hostile neighbours, (c) failing to realise the importance of military muscle and the timely use of appropriate force, (d) spreading a phobia of military rule and (e) propagating a warped secularism by obliterating history.

It is relevant here to mention the flawed decisions of India’s first Prime Minister Jawaharlal Nehru and V.K. Krishna Menon, its second defence minister. While Nehru reportedly conveyed that India did not need an army — the police were sufficient, Krishna Menon believed that India’s ordnance factories were better off producing pressure cookers and coffee percolators. Apart from viewing the Indian Army with suspicion, both went out of their way to not only turn down any sound advice from the Forces, but also meddle with its leadership. The result was that the Indian Army, globally acknowledged as about the best in World Wars I and II, was pitched into the 1962 Sino-Indian war, woefully under-armed, ill-equipped and insufficiently-clad and worst, ordered by Nehru to carry out tasks on the ground which were simply not executable. Fighting to the last man and last bullet sounds sweet to the ear but it is a shame if an army is reduced to that state, as some units were in the 1962 war. Offensive use of the Air Force against the Chinese would have made a great difference, but Nehru was averse to “raising the level of confrontation”.  The Indian Army suffered a humiliating defeat.

While dealing with Pakistan during the first war (1947-48), no aggressive use was made of the Air Force, or of the Navy. The Indian Army was quite capable of wresting the part of Kashmir grabbed by Pakistan but for Nehru’s blunder of referring the matter to the United Nations.

The 1962 Sino-Indian war shamed Nehru, who had to jettison Krishna Menon, but the damage had been done. The pace had been set for India’s powerful bureaucracy to keep the Armed Forces in a stranglehold. The Nehru-Krishna Menon duo allowed it, and the practice strengthened over decades of Congress rule, depriving the Forces of timely replacement of arms and equipment, upgrades in pay and status.

Two exceptions to this legacy were former Prime Ministers Lal Bahadur Shastri and Indira Gandhi. During the second India-Pakistan war in 1965, Shastri took advice from the Army's top leadership and proved assertive. The Navy was completely kept out of the operational loop and the then naval chief famously visited the war zone as an observer, even as the Pakistan navy made an ineffective attempt to seize it. In 1967, Gandhi gave her nod to the use of artillery against the Chinese in Nathula, Sikkim, and during the build-up to the 1971 war, consulted then Army Chief. Gen (later Field Marshal) Sam Manekshaw. The result was a well-planned operation on two major fronts, with a very effective first use of the Navy, leading to Pakistan’s defeat and the liberation of Bangladesh.

It is in the context of these instances that Admiral Kumar’s book emerges as a much-needed reference piece. It reveals how a statesman-like Prime Minister of a large complex country like India took pains to gain knowledge about and insights into its huge and diverse Armed Forces by regularly interacting with the three service chiefs. Surprisingly, the Prime Minister was more of an eager listener than anyone else, but once he knew what was to be done became decisive without delay, charting courses of action and sanctioning deployment of forces appropriately and optimally.

Vajpayee’s considered decision for the Indian Air Force not to cross the Line of Control during the 1999 Kargil war, though unfavourable to the IAF, paid India handsomely in diplomatic terms. Pakistan was heavily criticised by other countries for instigating the war. Its specially-raised Northern Light Infantry became cannon fodder after crossing the LoC and Pakistan's primary diplomatic response, one of plausible deniability linking the incursion to whom it officially termed as “Kashmiri freedom fighters”, proved unsuccessful. The battles were fought at heights where only seasoned troops could survive. Moreover, while Pakistani army had initially denied the involvement of its troops in the intrusion, two soldiers being awarded the Nishan-e-Haider (Pakistan’s highest military honour) and 90 more soldiers being conferred gallantry awards, most of them posthumously, confirmed its role in the misadventure. India released taped phone conversations between the Army chief and a senior Pakistani general where the latter is recorded saying, “the scruff of the militants’ necks is in our hands”. At the Cologne summit, G-8 nations supported India and condemned the Pakistani violation of the LoC. The European Union opposed Pakistan’s violation of the LoC. China, a long-time ally of Pakistan, insisted on a pullout of forces to the pre-conflict positions and settling border issues peacefully. The Asean Regional Forum too supported India’s stand.

If Kargil was Vajpayee’s finest hour, it was also a feather in Admiral Sushil Kumar’s cap. By sending ships of the Eastern Naval Command to join the fleet of the Western Naval Command in the northern Arabian Sea, the Indian Navy blockaded Pakistani ports, primarily Karachi, cutting off supply routes and beginning aggressive patrols, threatening to cut Pakistan’s sea trade. It exploited Pakistan’s dependence on sea-based oil and trade flows. Pakistani Prime Minister Nawaz Sharif disclosed that Pakistan was left with just a small amount of fuel to sustain a full-fledged war for only six days.

The book also covers Vajpayee’s effective role in dealing with China, the 2001 terrorist attack on the Indian Parliament, Vajpayee’s decision not to commit troops on the ground in Afghanistan, India’s involvement in Maldives and the hosting of the first International Fleet Review just after the Gujarat earthquake.

The last section of the book includes some delightful anecdotes from the Admiral’s life. It is a must-read for all politicians, bureaucrats, diplomats, service and security fraternities, scholars and students. For the general public, it is enjoyable and informative.